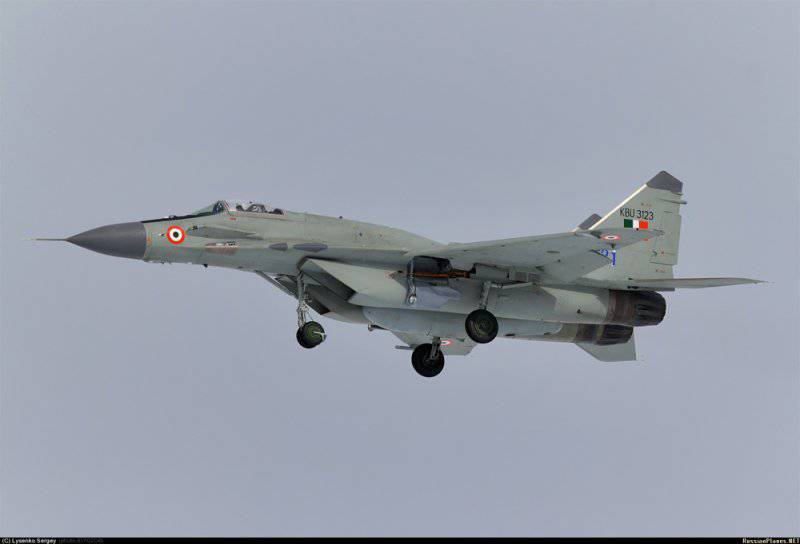 
“On Saturday, April 20, a contract was concluded between the Indian Ministry of Defense and RSK MiG, under which we must train Indian pilots on MiG-29K / KUB aircraft,” Korotkov emphasized. - It consists of two stages. The first will begin in Russia, two and a half months before the departure of the aircraft carrier Vikramaditya (the former Russian cruiser Admiral Gorshkov), which our country must hand over to the naval forces of India this year. ”

# {weapon} According to him, the continuation of training, "which meets all modern requirements," will be held in India. "In addition, RAC" MiG "assists in the construction of a landfill in India for the training of deck aviation pilots," Korotkov added. “The training itself is designed for two and a half months.”

Russia delivered 16 MiG-29K / KUB airplanes to India under the main contract and four under the second (optional) aircraft, ITAR-TASS reports.

"This year, the next batch of four aircraft will be delivered," said the head of the aircraft-building corporation, who took part in the celebrations on the occasion of the 50 anniversary of the start of deliveries of the Soviet Air Force to the Soviet MiG-21 fighters ..

The agreement on the supply of MiG-21 to India was signed in 1962 year, they began a year later. In 1967, the Indian corporation Hindustan Aeronautics Limited, HAL handed over to the Indian Air Force the first MiG-21, built here under a license obtained from the USSR.

Ctrl Enter
Noticed oshЫbku Highlight text and press. Ctrl + Enter
We are
"Admiral of the Fleet of the Soviet Union Gorshkov" of the 22350 project - transition from St. Petersburg to KronstadtMiG-29K fighters performed night flights from the Vikramaditya aircraft carrier
Military Reviewin Yandex News
Military Reviewin Google News
25 comments
Information
Dear reader, to leave comments on the publication, you must to register.