Lessons from the DPRK. Replica of Alexander Privalov 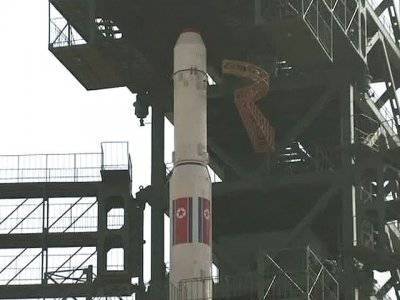 Quite a lot of people in the capitals of three continents were expecting 15 of April with considerable anxiety: it was assumed that on this day - the birthday of North Korean founder Kim Il Sung - the launch of the North Korean Musudan ballistic missile was scheduled. The reliability of this carrier is a big question, as is the ability of the DPRK specialists to attach a nuclear warhead to it. But the rocket, it seems, has a range of almost 4000 kilometers. That is, theoretically speaking, within its reach, not only South Korea and Japan, but almost all of China and Russia almost to the Urals. Fear on this day and another nuclear test.


Neither the rocket launch, nor the nuclear explosion, fortunately, April 15 did not happen, but serious tensions around the DPRK persist. On the Korean Peninsula, a war can really begin, which no one wants. The hope that the current aggravation is far from being the first one will resolve without much blood, of course, is, and quite good. But at least two lessons from the current situation would still be worth extracting.

The first lesson is that the world has changed a lot over the past decades, and the most familiar stereotypes lose their firmness. The same nuclear blackmail conducted by the North Korean leaders managed to tire the whole world. Each time the same scenario: the threats from the DPRK and the negotiations following them, alleviating the intensity of the confrontation until the next aggravation. Therefore, even now, when 30 in March, Pyongyang declared that it was “entering a state of war” with South Korea, most experts regarded this as a new turn of the same annoying merry-go-round. I repeat: maybe it is. But in the old storyline, new features are noticeable. North Korean leader Kim Jong-un immediately rejected any economic demands and negotiations, and April 9 took an unprecedented step: stopped accessing labor to the Kaeson industrial zone, the main source of currency for North Korea, and issued a warning to foreigners in South Korea In addition, the DPRK immediately declared its ability to reach the territory of the United States and Canada with missiles. Fried smell is somehow noticeably stronger than usual.

Experts point out that the specific differences of the present case from all previous ones are indeed numerous. To begin with, the leadership in North Korea has changed relatively recently, and most recently in China. The livelihood of the DPRK depends entirely on China; if China had not fed North Korea for decades, it would have long since lost its ability to show teeth. But then, apparently, there would be a reunification of the two Koreas, which China cannot allow, since there are American military bases in South Korea, and in the event of a merger, the buffer zone vital for China will actually be lost. Now the relationship of the patron with the client is very spoiled. Young Kim tried to demonstrate his independence to China, in Beijing this was not approved. The new Chinese leader, Xi Jinping, very annoyed the other day about the heating conflict: “No one should be allowed to plunge the region and even the whole world into chaos, based on his selfish goals.” Irritation is easy to understand. The United States has declared the Pacific region a strategic priority and is increasingly working to limit Chinese influence there. And so the Chinese "buffer zone" at such a clearly inappropriate moment unfolds an unreasonable scandal, the result of which could be this very destruction zone. How can Beijing not be angry. In short, the traditionally smooth completion of the current scandal is now guaranteed no one.

The second lesson in the same vein, but even more disturbing. Here, the DPRK announced that Tokyo could become the first target of its nuclear attack. If this, God forbid, happens, the second in stories atomic bombing will again fall on Japan. But observers, discussing the adequacy of the Korean leader, the interests of big players and other geopolitics, almost do not discuss this perspective. Few believe in the possibility of a nuclear conflict. And why, exactly? And by inertia. For half a century, it has become an axiom that a country that has the intelligence to acquire nuclear weaponsit is enough to understand that this is nothing more than a weapon of deterrence, and that it is not necessary to put it into practice. It would be wonderful, but only countries that can get an atomic bomb, with each decade more. And today, not all countries possessing a bomb can, with a light heart, guarantee that they will not go so far beyond the limits of prudence. And who will have a bomb tomorrow or the day after tomorrow — how can I vouch for them? With this you need to do something, to know what.

Ctrl Enter
Noticed a mistake Highlight text and press. Ctrl + Enter
We are
Morning freshness with a nuclear flavorKim Jong-un - a new mystery of North Korea
15 comments
Information
Dear reader, to leave comments on the publication, you must to register.