Lukashenko: “We won’t fight corruption - we will lose the country and slide to the level of neighboring states”

April 13 2013
134
Belarus does not have such resources as Russia and Ukraine, so the fight against corruption should be active. This 12 April said Alexander Lukashenko, appointing the heads of state bodies of the security system, the press service of the President of Belarus. 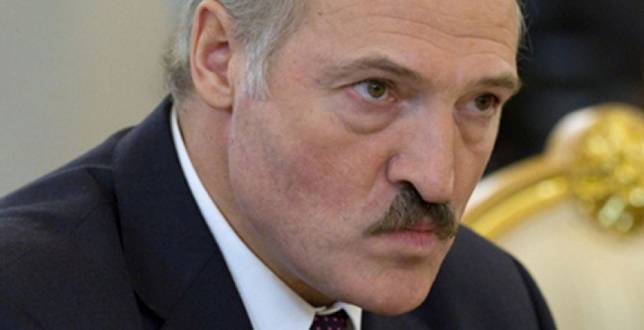 “More and more often, including from the State Security Committee, I receive information on the activities of the corrupt nature of individual leaders of government bodies. Consider that this is your most important task with the prosecutor at the current stage. If we don’t solve it, if we don’t solve the problems with corruption in our state, the days of not only us, but also our state will be numbered, "said Lukashenko.

“We do not have the material reserve that exists in Russia, there is not that amount of natural resources, we don’t even have what Ukraine has to overcome the holes that negligent leaders create in our society. Therefore, we must fight for the purity of our ranks , and not only in the State Security Committee. Your task is to clean the society and the top of this society. All the laws are in your hands. This will be your most important task, "he instructed the security forces."

Lukashenko noted that he expects activation in the fight against corruption from the KGB, the Interior Ministry, the prosecutor's office and the Investigative Committee. He noted: “I want the investigators to know and understand: we often follow the path of a set of negative facts, bringing charges or claims to this or that person. Do not need volumes, blame for this - go and answer. While you dial and wait for these volumes, he will also commit a series of crimes. Even if it is in your field of vision. As in the West, as in America, there is a crime, you otfiksirovany, saw the plan, let him answer for it. Your task is to bring order to society with your colleagues ", - he said.

“In this direction, we will become very active,” Lukashenka added, noting also that a separate talk on corruption is waiting for the “siloviki” ahead.

Lukashenko addressed the topic of the so-called “hunting case or“ hunters case ", stating that there were half a dozen managers at the end of the investigation. Note the abuse of power in the hunt, which also helped the Belarusian nomenclature to solve certain issues in an informal setting, caused wide public resonance.

"Due to the fact that I have instructed to deal with issues of anti-corruption actions, I am increasingly being told about the abnormal activities of some of our leaders. Decisions will be instant and unambiguous. And there will not be the fact that this is a simple violation, - well, the man hunted he killed a calf or a boar, let's forgive him. Well, here in the power industry hundreds of millions of dollars are lost because of the untimely commissioning of power or irrational use of investment funds, this is really a crime. ie, in both cases - the crime, and in each - their own paper, "- said the head of the republic.

“As law enforcement agencies have reported to me now, on a hunting case (that's probably what journalists will call it) in the remand prison for half a dozen people. All with portfolios of managers. I say this not because you don’t have to hunt. Hunt, but know the time , a place and with whom you will do it, ”Lukashenka noted.

He drew attention to the need for officials to fulfill the requirements of the law, noting: “It will not be according to the law, well, then you yourself chose this path. The same is true in the energy sector, and in the woodworking industry, and so on. Otherwise, we will lose the country “We’ll slide to the level where some of the neighboring countries of the former Soviet Union have slipped."

"I have recently said and will repeat it once again publicly: if only I will be informed that some official, not only your level manager, got confused with a commercial structure in the construction of a bathhouse, or something else of some economic space in his house, it is easily checked, it means that the commercial structure is being destroyed, and the official goes to prison. This is not intimidation of people, I’m just warning you all, "he added.

When appointing the heads of the State Border Committee, the head of the republic noted that he expects a significant improvement in work and personnel changes in the CCP are caused by the unsatisfactory work of this structure. "There should be no negative on the border. You are given huge rights by law and legislative acts, the state has invested in your hands weapon - please, as men and officers, protect the borders of our state ", - said Lukashenko.

He also said: "I will honestly say that if, after today's appointments to the committee, there is no significant, dramatic change in the situation in carrying out daily service and protecting the state border, our state, there will be even greater changes."

Recently, 2 of April, Lukashenko also drew attention to the problems in the work of the State Border Committee of Belarus, taking with the report of the chairman of this structure, Alexander Boyechko. Then Lukashenka said that the State Border Committee had many problems, but the situation was changing for the better. He recalled that the repetition of errors in the protection of the state border is unacceptable, because the border of Belarus is also the border of Belarus, Kazakhstan and Russia, because is the border of the Customs Union and the SES.

As REGNUM news agency reported, 19 of April Alexander Lukashenko at the meeting on the development of the field of hunting and fishing ordered to work out a single legal act regulating the issues of hunting and fishing in Belarus by the end of the first half of the year. According to Lukashenko, 20 years ago, he was forced to "sort out" the activities of the Belarusian Society of Hunters and Fishermen: "And what I saw there led me to a silent horror: there, starting from the head of the administration, the Prime Minister, the Secretary of State other interested generals and admirals (there are no personnel admirals and naval forces in Belarus, - REGNUM commentary) have wallowed everything. And I saw through the prism of these appointments how much our officials are interested in "their people" in this department. "

Earlier, 10 February Lukashenko said that Belarus should prevent criminalization in the field of fishing and hunting. Lukashenko stressed that "we cannot squander the wealth of our state, our people, moreover, treat it in a gangster way." He recalled that the new chairman of the Belarusian Society of Hunters and Fishermen, Yuri Shumsky, was tasked with “finding out about personnel issues”.