After three or four years, Russia will finally become a vassal of the United States. 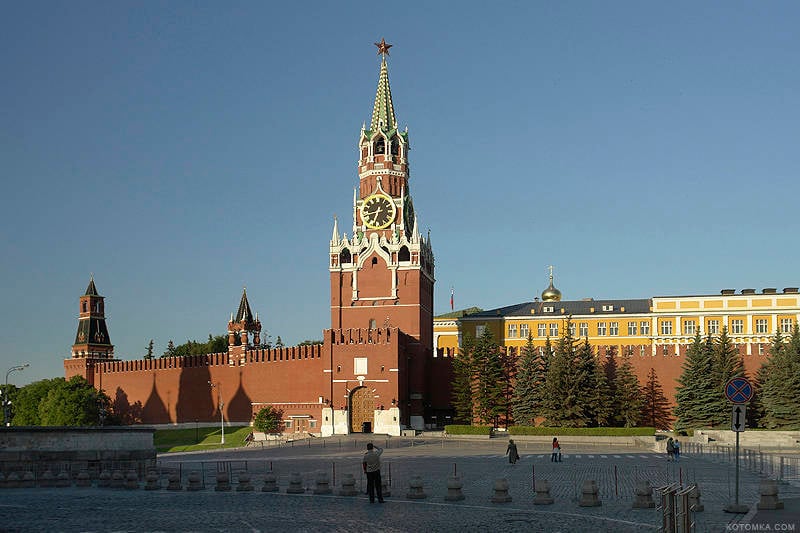 The world, according to Academician Sergei Yuryevich Glazyev, is moving more confidently to a new, sixth, technological structure. The next decades “to steer” our life will be nanotechnologies, and Russia seems to be bursting into a new era. In our country, the preacher and symbol of this zeal was the “nanopresident” (in the sense, the main one in the whole “nano” and the mountain behind it) Dmitry Medvedev.


Russia acquired the Skolkovo Innograd, got development programs and, what’s already there, enslaving the world, but ... Returned to weekdays consisting of bad roads, ancient infrastructure that had been rusty and buying more and more new iPhones. Technological glamor has again bypassed us, having said so far with a sort of exhibition layout.

Meanwhile, overseas affairs in this area are going much more seriously. And no crises, we can definitely not doubt this, of course, will not stop our American "partners" in their ambitious impulse. Before it finally finally decays and decays, the West will still ride its teeth, and weapons shakes. And we, living here meekly and rising from our knees, may very well still have to experience the charms of war - and God forbid, just a cold one. This was reported by a member of the Academy of Military Sciences, MSU professor Sergei Malkov at a meeting of the working group on training for the defense industrial complex of the Coordination Council on Youth in the Scientific and Educational Spheres of the Presidential Council on Science and Education.

This war — cold or, perhaps, even “hot,” according to the speaker, will affect us in the coming decade. “What situation are we in? The end of the fifth wave of Kondratieff (the theory of Nikolai Kondratiev about the repeated cycles of ups and downs in the global economy. - Approx. KM.RU) and the transition to the sixth technological mode. In the next ten years, we will face strong political and technological instability, ”the professor warned and added that those countries that do not have time to master the new technological cycle will inevitably lag behind their competitors in development by almost half a century.

Is this our case?

And then everything will go, of course, according to the principle of dominoes. The technological lag of a country that is exceptionally rich in natural resources, with vast areas, in fact, undeveloped land - is this not a temptation for the powers that fit into the new structure? By the way, the speaker from Moscow State University emphasized that university researchers had established an unconditional correlation between economic cycles and military aggression in the world. The weak was, is and will be the most desirable object of aggression on the part of the strong. The law of nature, and nothing can be done here. But it really "fold legs"?

So far, the measures taken by the Kremlin can be called rather conceptual: it was decided to “nationalize” the officials. So, in order that, having realized that it will be necessary to clear it up, including them, they would be tense and start to work “through I cannot”, if only from selfish interests. But the effectiveness of such a measure has yet to be studied.

That's just the "partners" to wait for us on the relay definitely not ready ...

The well-known publicist and chairman of the supervisory board of the Institute for Demography, Migration and Regional Development Yury Krupnov agreed with the non-compelling picture of the future of our country, provided that the new technological order does not conform to the KM.RU conversation:

- The situation is in fact even more critical, since at the management level, even in principle, we are not assigned such a task - to move to a new technological structure. The whole state resource was not brought to this case. In fact, over the next three to four years, the United States will switch to a new generation of weapons. Take at least the same hypersonic rockets. I'm not talking about the deployment of all missile defense elements with dual purpose: there will be a qualitatively new tactic.

And with all this in mind, in a few years Russia will actually be in a situation of complete dependence on the US in a military unit. Nuclear weapons can no longer be a system defense, because the strongest nuclear warheads can be destroyed either by targeted launches of cruise missiles, or by special operations. And in this situation, the issue of transition to a new technological structure, which implies not just new equipment and technologies, but also qualitatively new socio-organizational economic relations, is really a matter of life and death. And the fact that he is now in a daily mode and not elaborated in detail in the Security Council of the Russian Federation, causes me to be perplexed.

- And will we have time to catch up? Even if, for example, a decision is made this evening at the highest level, an emergency program is developed and approved and the most strict supervision of its implementation is ensured.

“We’ll be in time, because we really need asymmetric answers today, but nobody is doing this at all, that's the problem.” As a result, there is no understanding of the real scale of the threats, but at this time the US is introducing the so-called “lilypad” military bases, that is, in the literal sense of the 1000 “nanobase” order around the globe. But all this somehow does not disturb our Security Council at all; all this is not discussed; decisions that should already be urgent are not taken. And if it continues like this - of course, we will not be in time, we will sleep the threat. But if we in time raise the question of our survival as such, then, I think, it is possible to prepare very seriously for the current processes during the year with the appropriate serious organization.

- Here we have Skolkovo, there are multi-million programs for the development of technology. There are, in the end, inherited science cities. That is, the base is, as it is, and the will to develop. In any case, it is constantly being declared ... What is wrong?

“It’s funny to even discuss Skolkovo.” Science cities, of course, need to be strengthened and developed, but still this is all secondary. First of all, Russia needs an emergency survival plan that requires concentration, integration and mobilization of all types of resources - not only science cities. That is, it is not only about inventing something tomorrow (although this is extremely important), but first of all about the need to use the existing potential, which is today not used scrupulously and, in fact, together with the carriers of unique knowledge and technologies simply passes away. So the question should be raised about the absence of a competent system of administration and management in the country.

Ctrl Enter
Noticed oshЫbku Highlight text and press. Ctrl + Enter
We are
About Stalin and KhrushchevBrains for export
Military Reviewin Yandex News
Military Reviewin Google News
104 comments
Information
Dear reader, to leave comments on the publication, you must to register.