April 5 2013
11
It happened when I was just beginning to be interested. history artillery. By the way, I sincerely believed at that time that I knew everything about her, or almost everything. It seemed to me that in the history of Russian artillery (especially artillery from the time of the Second World War), everything was already said long ago and therefore of little interest. But old photos always attracted me, no matter what was depicted on them.


Then one day, idly going through the checks of the negative fund of the Central Museum of the Armed Forces, I suddenly saw one of them! How to describe to you the feelings and emotions that engulfed me at the sight of a real miracle? A gun appeared before my eyes, but which one? At the same time, it looked like something painfully familiar, and at the same time was not similar to any of the artillery systems known to me. I realized that I received a blow to the ego below the belt, for I did not know what it was. True, my pride soon calmed down a bit - the ordered photo was presented to all the “artillery masters”, but no one (!) Of them could give a clear answer to the question: “What is it?” (This fact took place in 1990, when most from the “archival schizo” they still made their first tentative steps in this field). 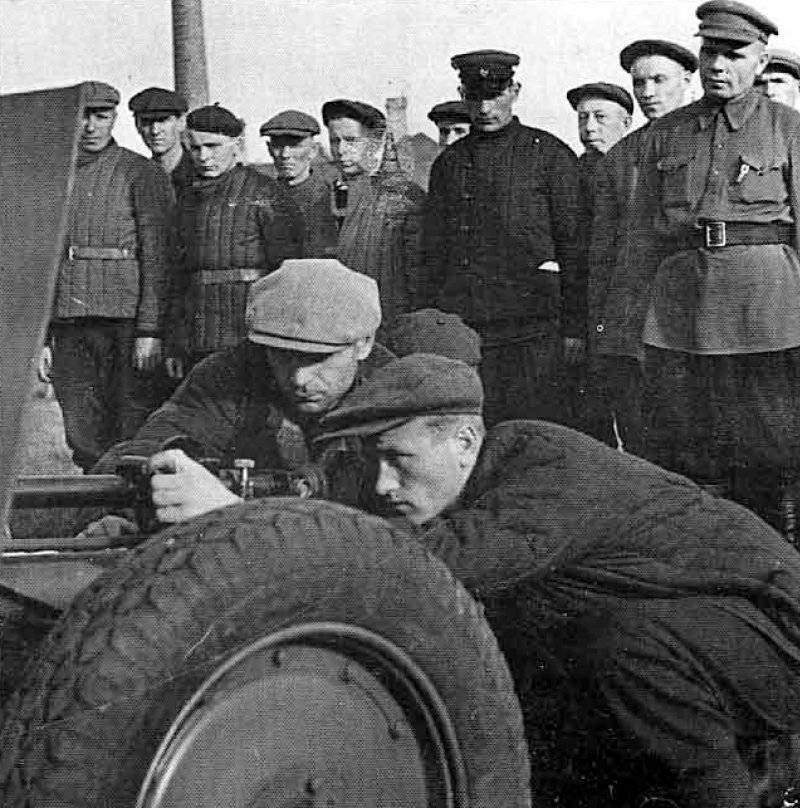 I will not bother your mind with a description of the path that had to be taken when figuring out the nature of the birth of this unique creation - its description will take more than one page. This plot is so interesting that it deserves a separate story. But today I just want to share with you the information that I was able to collect about this unique, and also completely forgotten, gun today.

First, I note that the gun in question appeared in this guise only in 1941, but was not accepted for service. And at the same time it was in service with the Red Army in the pre-war years and was not considered rare. True, her “native” look was somewhat different. The history of its creation is very instructive and very succinctly set forth in the book of V.Demidov “Shells for the front”. We will try to add it.

In early July, 1941, to replenish the forces defending Leningrad, the formation of the Leningrad army of the national militia (LANO) began in the city. By July 5 more than 77 thousand Leningraders came to LANO assembly points. They needed to equip and arm. If with small weapons In July, no special questions arose, the artillery was allocated to the first division (10 500 people) of all 3 regimental, 16 divisional 76-mm cannons, and 2-122 mm cannons and 12-152 mm howitzers.

The second division (13 000 people) received even less: 17 regimental and 9 divisional 76-mm guns, as well as 9 122-old howitzer. In September, outdated 95-mm and 87-mm field guns and even 37-mm battalion cannons with a machine of Rosenberg went to the army (in fact, Hotchkis’s guns, firing steel and cast-iron pigs). Anti-tank guns were not at all, but they needed as much as possible. 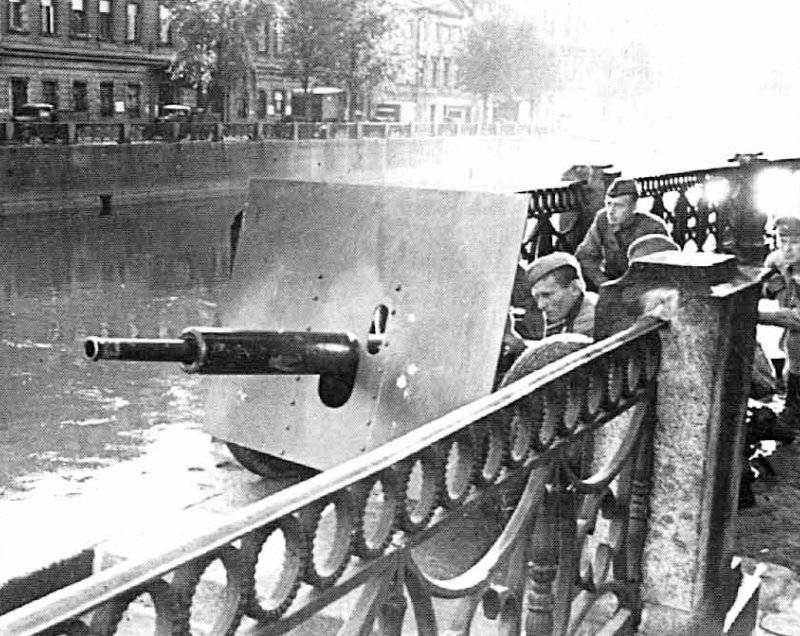 The city hastily began to search for reserves, because the center could not help its defense. When examining old stocks and backlog at the Bolshevik factories, No. 174 named after. Voroshilov and Izhora 45-mm tank guns arr. 1932, taken from the T-26 and BT during the repair and modernization of weapons, carried out in 1936-40. These guns have not been produced for a long time and were preparing for their “last journey” - to be melted down ..

It may not be specified that more than half of these guns were partially incomplete and required repair, but the total number of them, along with 45-mm tank repair guns for newer models, accumulated over “bins” over 1500 (17 guns are indicated in the report of the August NNXX of Weapons) , although other sources give other numbers). 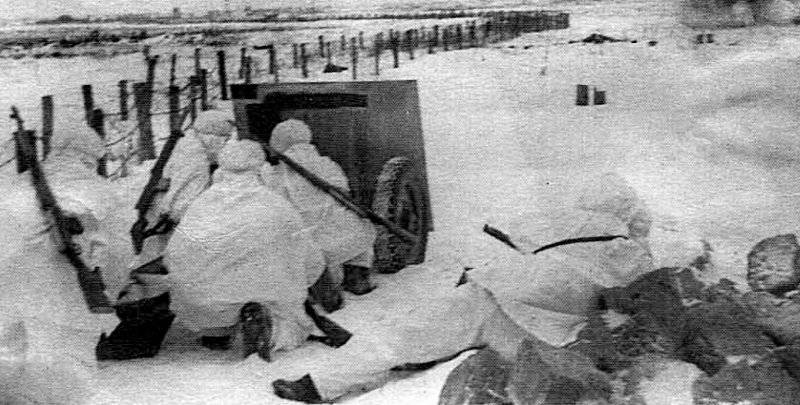 Approximately 200 guns were transferred to the Izhora plant, where they were converted into caponier and entered the defenses of the defense line of the city. In the same place several guns went into service with artisanal armored cars and even tanks.

However, all these works were not considered priority. The task set by the Armaments Division of the Office of Art Supply of the Leningrad Front was to transform these guns "into field anti-tank". After reviewing several drafts of such an alteration, the commission approved the proposal of engineer NP Antonov. Of the two options presented to them, “45-mm protvotankovy guns arr. 1941 G. ”, the second was approved for manufacturing as the cheapest. The designer himself took the lead in building the first series of 10 guns (no preliminary tests were carried out due to lack of time). And the first 10 guns, giving one test shot, went straight to the front.

August 5 for tools was made equipment and their mass production began. Although the guns were made according to the same drawings, they all had some differences related to the "small things", which did not affect the fighting qualities of the gun. For example, in the course of production various wheels were put on them, automobile, carts, special all-steel wheels, etc. (those that could get); the chronic shortage of sights forced manufacturers to install sometimes “self-built pipes” *; attempts to reduce the weight of the gun led to the need to install a smaller shield on it, etc. 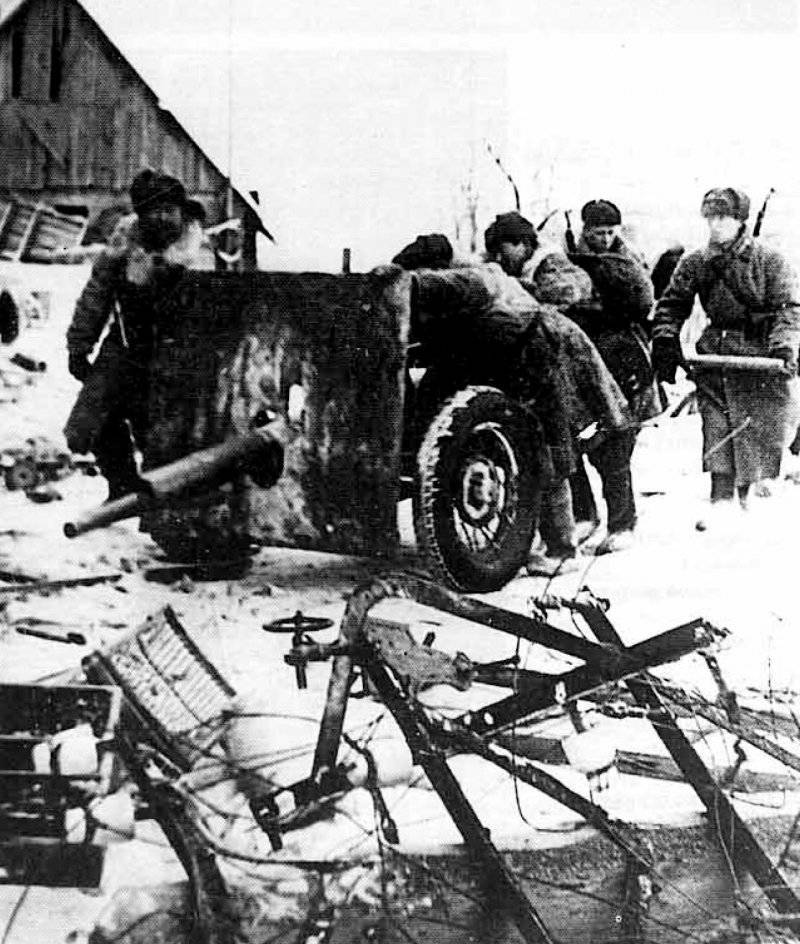 A reflection of the German infantry counterattack.

Nevertheless, mass production went quite rhythmically. Already in the 1 10th decade of August, 179 was handed over to the armaments of anti-tank units and divisions of the people's militia (in the book of V.I. Demidov, the figure is 185) of guns, and by September this number had doubled.

Many gunners cursed this gun. She did not differ outstanding characteristics; jumped when shooting; by no means always threw the liner; allowed "nedokaty" (sometimes you had to manually roll it after the shot), etc. In addition, its weight was rather big, and the lack of bearings on the wheels was severely hampered by the small calculation of the tool when changing positions. But despite all this - the gun could pierce the armor of some German tanks, as well as shoot down machine guns and in experienced hands showed itself no worse than her sister arr. 1937

The production of the gun stopped several times due to the absence of any parts (most often it was the wheels), but it was soon resumed. According to the front report, the 651 45-mm gun, which was in the troops of the Leningrad Front until the middle of 1944, was produced in the field version

Ctrl Enter
Noticed a mistake Highlight text and press. Ctrl + Enter
We are
My grandfather's front-line letters (part 2)The hunt for the Blackbird
11 comments
Information
Dear reader, to leave comments on the publication, you must to register.