March 25 2013
19
Currently, there is a tendency worldwide to increase the use of high-precision ammunition of various calibers. Russia does not stand apart from this process, in our country a sufficient amount of this kind of ammunition has been developed, including for barreled artillery. 20 March 2013 military units of the Airborne Forces of Russia at the Luga proving ground in the Leningrad Region for the first time conducted firing with the use of precision-guided artillery munitions Kitolov-2. The corresponding statement was made by the press service of the Airborne Forces of Russia. Combat shooting at the site “Luga” was performed batteries of modernized self-propelled artillery installations “Nona” (GRAU index 2С9).


Combat shooting was carried out with the involvement of the ACS from the Tula and Ivanovo airborne units of the Airborne Forces of Russia. It is noteworthy that the shooting of high-precision artillery shells "Kitolov-2" controlled new points of reconnaissance and fire control "Rheostat-1". During the firing of the SAU constantly changed their firing positions, the military have already recognized these training firing successful.

The Kitolov-2 guided artillery weapons complex was created in the world-famous Tula Instrument Engineering Design Bureau (KBP). The structure of this complex includes 120-mm shells "Kitolov-2" for SAU 2C9 "Nona" and 2C23 "Nona-SVK", as well as 122-mm shells "Kitol-2M", which can be used by ACS 21, which can be used by ACS 302013 howitzers D-XNUMX (until the end of XNUMX, they will be decommissioned). 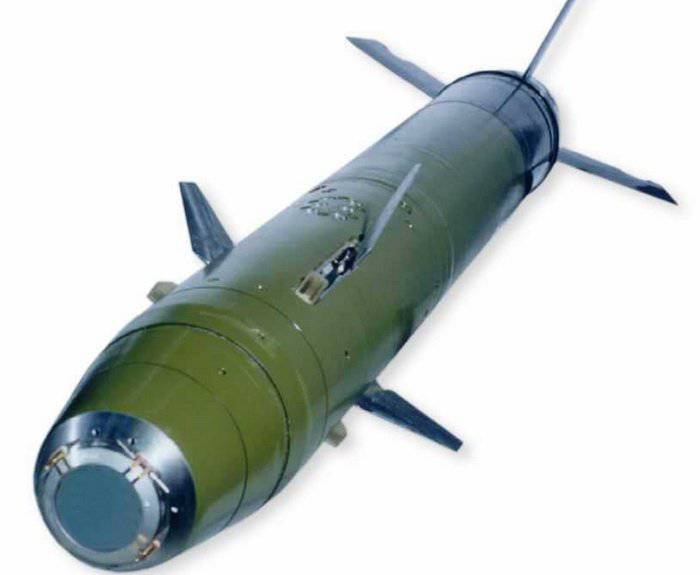 The Kitolov guided weapons complex includes an adjustable high-explosive fragmentation projectile with a passive homing head, which receives a reflected signal from the target illumination with a laser target designator-rangefinder. These ammunition are designed to defeat engineering structures and armored targets with one shot. The control of the projectile on its flight path is realized with the help of aerodynamic control surfaces, equipped with a special drive, working at the expense of the energy of incoming air flows. In addition to artillery shells, there is an 120-mm version of the ammunition in the form of a CM-8 “Gran” mine. The homing head for Kitrolov-2 ammunition is manufactured by Lomo. High-precision guided missile Kitolov-2 was adopted in the 2002 year.

The Kitolov-2 guided weapons complex provides for the destruction of fixed and moving lightly armored targets and the enemy’s engineering structures from a single shot without firefighting. Ammunition is designed to equip the artillery units of battalion artillery and airborne troops. Kitolov-2 can be used to destroy targets at a distance from 1,5 to 9 km, with probability 0,8 - along a moving target and 0,9 - along a fixed target. The mass of the projectile is 26,2 ± 0,5 kg, it carries a high-explosive fragmentation warhead, which is equipped with an explosive charge in 5,2-5,3 kg. The shell has a feathers and rudders that open in flight, and is also equipped with a cruise engine. The main restriction on the use of shells of this type are smoke on the battlefield and the height of cloud cover above the ground. For this reason, the shooting of Kitolov-2 guided munitions is not conducted at the maximum elevation angles of the gun, it is also recommended to use guided projectiles of this type at the very beginning of the shelling of targets.

To use high-precision artillery "Kitolov-2" ammunition, the SAU 2-9 was upgraded. In particular, 2-e additional ammunition was installed on the floor of the middle compartment, shot synchronization equipment was mounted, which includes a shot sensor, which gives a signal about the moment the projectile departs from the gun through the radio station to the command and control and reconnaissance station. 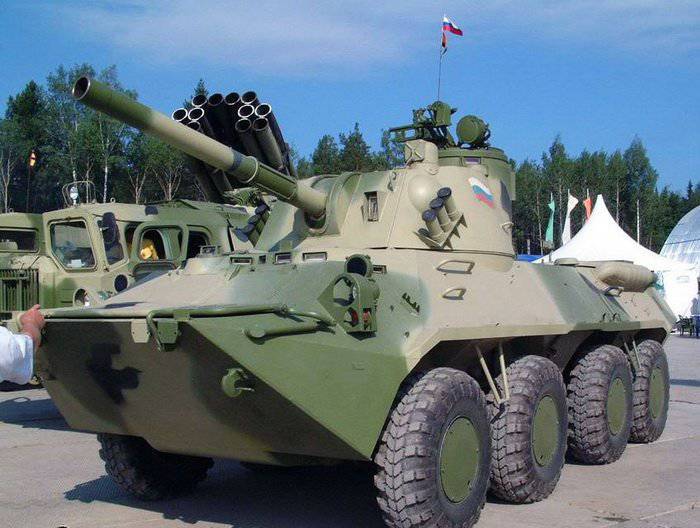 2C23 Nona-SVK
Also, the Rheostat-1 1ВХNNXX-119 reconnaissance and fire control center, based on the BTR-D, was also changed. The 1В1-119 machine was equipped with a 1D1 laser rangefinder-pointer (created by the Polyus Research Institute in Moscow), and changes were also made to the onboard computer software. Rheostat-22, along with reconnaissance, also provides automated determination of target coordinates and projectile explosions both during the daytime and at night, monitors the battlefield, fires targets, fires corrected ammunition and evaluates the results of shooting. The effective range of “illumination” of targets with a laser beam, the so-called laser target designation, is from 1 to 300 7 meters. Target range measurement ranges from 000 to 120 20 meters, while the measurement error does not exceed 000 meters.

A more powerful ammunition used SAN 2C1 "Carnation", is controlled 122-mm projectile Kitolov-2M. The maximum range of a high-explosive fragmentation projectile Kitolov-2M is 13,5 km. The length of the projectile - 1190 mm, weight - 28 kg, of which the warhead accounts for 12,25 kg, explosive mass - 5,3 kg. The probability of hitting targets is at least 0,8. This projectile is well suited to defeat both single and group targets, moving and stationary, unarmored and armored, as well as various engineering structures of the enemy.

In combat use, the Kitolov-2M guided weapons complex provides: a direct hit at a target without zeroing in with the very first shot; the defeat of dispersed and group targets on a single shooting unit; the defeat of armored targets from above in the least protected, and therefore the most vulnerable projection; shooting with abbreviated meteoballistic training; firing “by turn” (methodical fire) up to 3-x shots per minute with an interval of 20-25 seconds between shots and with redirection of the laser pointer to neighboring targets in free intervals between illumination cycles. 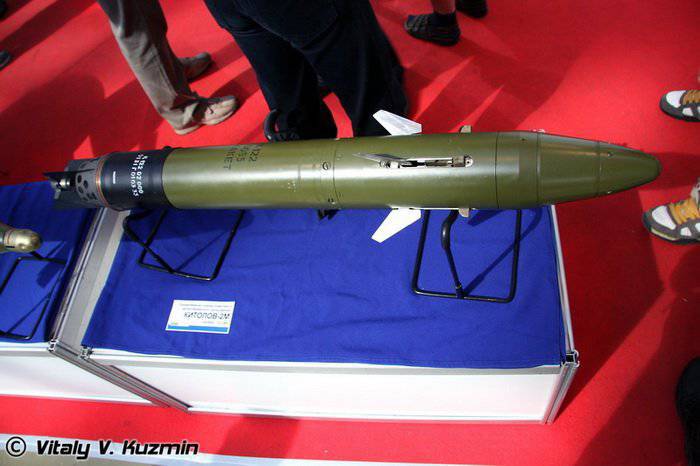 The most characteristic targets for the high-precision Kitolov-2M complex are:
- positions of mortars, artillery and enemy MLRS;
- BMP, armored personnel carriers, and self-propelled guns of the enemy;
- dugouts and wooden-earth fire installations;
- crossings and bridges;
- transport and landing ships and boats.

The main advantages of the Kitolov-2M: unlike ordinary artillery shells of the same caliber, which are effective only when firing at squares, the Kitolov-2М makes it possible to hit specific single targets, firing from closed firing positions without prior adjustment. The complex is able to ensure the defeat of moving targets, if their speed does not exceed 40 km / h. Thanks to the use of a semi-active laser homing head on a target and a sufficiently powerful high-explosive fragmentation warhead, damage to various types of targets, including those located both in open and in trenches, as well as armored targets, is guaranteed. These shells do not require special storage conditions and maintenance.

Use in the troops of the high-precision complex weapons Kitolov-2 significantly increases the effectiveness of battalion artillery. Firstly, this is achieved due to the direct destruction of the target with the guided munition and the greater power of its warhead in comparison with the standard high-explosive fragmentation ammunition, and secondly, due to the ability to fight even with enemy armored vehicles, including those in motion.