Why the Russian authorities do not impose a permit for a short-bore firearms?

March 22 2013
431
The “Military Review” has already raised the issue of legislative permission for the storage by citizens of Russia of a short-barreled firearm. weapons. One of the latest articles on this topic was added to a survey on how our readers relate to the very fact of legislative permission to self-defense using a firearm. The survey showed that exactly two thirds of the readers who spoke out approve the initiative with permission, one third opposes. 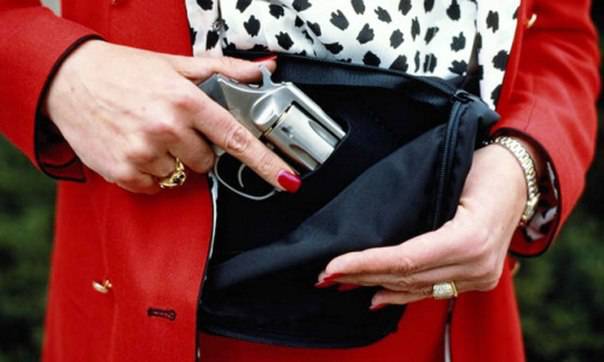 We will not once again discuss the topic of whether it would be good or bad for citizens of the Russian Federation to get personal short-barreled firearms, but this time we raise a question parallel to this topic: what are the authorities who say their firm no! »Adoption of a law on the implementation of the right to have weapons for self-defense. This is interesting, if only because the very fact of legalizing a short-haul could bring additional electoral bonuses to the Russian authorities, because, according to polls, the majority of Russians continue to advocate allowing weapons for self-defense.

It would seem that 66% "for" - it remains only to quickly prepare and adopt a law that satisfies this majority and everything - we can assume that in the next election support for the current course of power will be provided. Indeed, in the opinion of the very 66%, the legalization of a firearm in Russia is a step towards the authorities recognizing the health of the society and the fact that this society can be trusted. In this regard, the words that "we are not sheep, and we are ready to bear personal responsibility for the possession and carrying of firearms" are already heard. But why the authorities do not want to take advantage of such an amazing opportunity to score political points for themselves? ..

There is probably no definitive answer to such a question, but there are at least several points of accumulation of political prohibitive decisions on the fate of short-bar legalization in Russia.

One of these points reveals the laziness of the authorities. Laziness is not even in terms of the fact of permitting or not permitting the storage of defensive weapons, but in terms of having to work anyway, rolling up its sleeves. After all, if legislators want to adopt a permissive law, then they will have to link with it certain legislative perturbations relating to the judicial system.

Here the thing is: even if 66% of Russians felt that they were ready to become owners of short-barreled personal firearms, this does not mean that after the adoption of the relevant law, the Russian courts will take into account their “arms maturity”. The Russian courts are still in a kind of framework, according to which the evidence base on the fact of self-defense of a person who has all rights to a used weapon, a priori, is subjected to truly total doubts. A person who was attacked in a dark alley, using his (even if traumatic) weapons that he had had against criminals was most often found by a Russian court guilty of causing harm to his health. Thus, the court (as one of the branches of power) seems to be reinsured: they say, we perfectly understand your words that you have matured for storage and carrying weapons, but we have our own principles of work: if a shot was sounded, then the indestructible principle “ how can you prove that it was self-defense? ”And the fact that as the victims in the courtroom sit fixated guys with tattooed arms, and in the dock - the girl who shot“ travmatiki ”on their legs to preserve their health and life, the judge in most cases taking into account there will not be. Shot (shot) - means guilty (guilty). Needless to say, waving a pistol. It was necessary to process the guys verbally - at night in the alley to explain that attacking cute girls is not good, not gentlemanly ... And in general, why should cute girls walk at night in a dangerous city?

It is this judicial principle “shot - guilty” and is the main reason for the general legislative laziness. After all, to fix it, you will have to work on a truly (not declarative) reform of the Russian judicial system. It will be necessary to explain to practicing lawyers who are in civil service in the courts, that in cases of this type it is necessary to dance from the stove itself — to disassemble the root cause of why a particular person even pulled the trigger. And who needs this in modern courts ... After all, this is how much time will be spent on one thing: the record-keeping figures will decrease, and there it is not far from deprivation of quarterly premiums. In general, the judicial power is definitely not ready for the legalization of a short-range gun.

It turns out that before legalization you need to reforge the judiciary. And this is certainly a monumental idea ... Only such a re-forging in scale in Russia today is akin to the reforms of Peter the Great or the abolition of serfdom, and therefore a truly unprecedented event is needed for the courts to start reforming in the direction of real independence of their work. But apparently there were no unprecedented events today, that's why the courts work the way 5 worked, 10 and 50 worked years ago: the shot was - welcome to the prison ...

There is another reason why Russia today does not introduce a legislative permit for citizens to keep and carry short-barreled firearms. The reason for this is corruption. Among the 66% of Russians who call themselves “ripe” to be able to have their own weapons, there is also a certain percentage of those who clearly wishful thinking. Forgive me for possibly incorrect comparison, but there are also mentally ill people who are completely confident that they are healthy, and that they have special information - this is the work of local psychiatrists. But it is only corruption that manifests itself in such a way that, with a special desire, even local psychiatrists can unexpectedly establish that a person who had evaded the army “foolishly” yesterday, was completely “cured” today, and therefore has the right to purchase a firearm short. Corruption is a thing that easily turns a sick person into a healthy one, and a healthy person into a sick person. Paper for reference, everything can endure ...

It turns out that the government in Russia today recognizes that it is still clearly unable to cope even with everyday corruption, which, by the way, in aggregate causes the government no less damage than the macro-scale corruption. You want a certificate stating that you are healthy both in body and soul, and that you cannot live in this world without firearms in any way - please ... And who will understand why the certificate was issued, who gave the appropriate medical conclusion - this question often bypassed. After all, if you do not bypass, then again you need to roll up the legislative sleeves, burn corruption with a hot iron, and we still have big problems with this.

Well, the question of whether the modern Russian state needs the presence of millions of people with personal weapons, stands alone. The words of a classic about a hanging gun, which is sure to fire, clearly give the authorities 30 reasons to think about it before making a permit. The authorities understand that with such a decision they can arm the Russians, some of whom will later be ready to use weapons for self-defense ... from the government itself. The case of Colonel Kvachkov everyone remembers ... This example clearly demonstrates that 66% of Russians who decided that they can be trusted with firearms for self-defense will not receive the right for it (the weapon) in the coming years. A good or a bad question is a separate question, but the fact that they will not receive it is hardly worth questioning.