February 16 2013
180
I propose today to touch the Swedish culture again, in particular, such a phenomenon in it as the "Vikings". But before we consider the most important museum piece for understanding the Viking era, let's look at the first floor of the Swedish Historical Museum, on the inconspicuous wall next to the changing room, which is decorated with children's drawings. It is impossible to deceive children, they discard everything superfluous and draw the very essence of how this adult part of society sees it.


For example, all Soviet children painted the Second World War in exactly the same way - on the one hand Tanks with stars, on the other hand tanks with crosses, planes on top, explosions in the middle. For our society, the Second World War, it’s not the world war, it’s the Great Patriotic War, the confrontation of “our” and “Germans”. How do Swedish children see the Vikings? 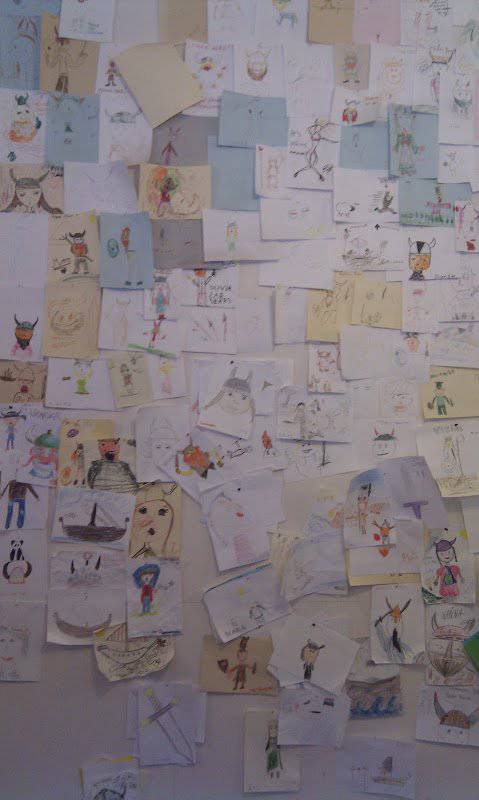 The image is classic, and this is how not just the majority of children, but also most adults who did not specifically get acquainted with the question, represent them in the manner that they constantly walk in the media space and in the plastic helmets that are sold in souvenir shops. The fact is that the modern concept of “Viking” has long gone beyond a specific historical phenomenon, and it doesn't matter anymore that they had no horns and no matter what these people called themselves, what their nationalities were and what the differences were Norman conquests, pirate raids and the wars of the Scandinavian kings. All who went on ships in the Baltic, regardless of occupation and ethnicity, became “Scandinavian Vikings”. 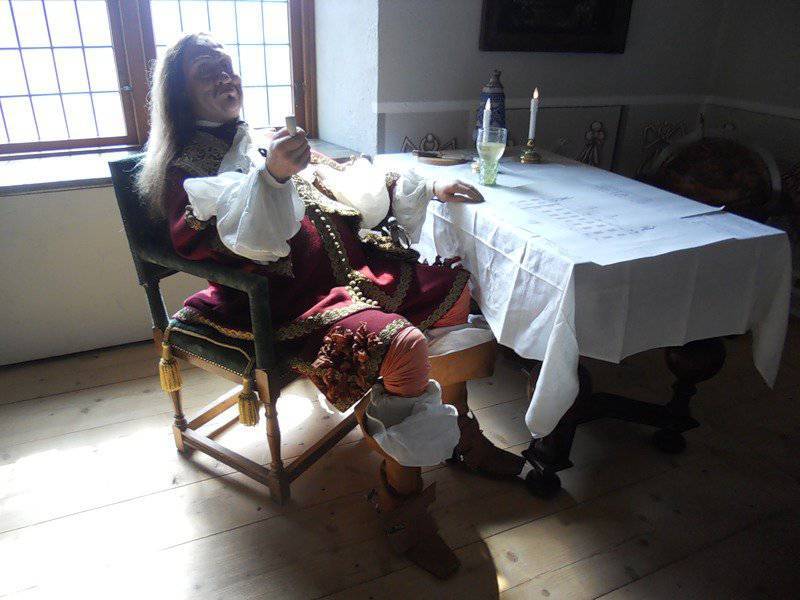 Here is what is said about this installation in the museum guide: 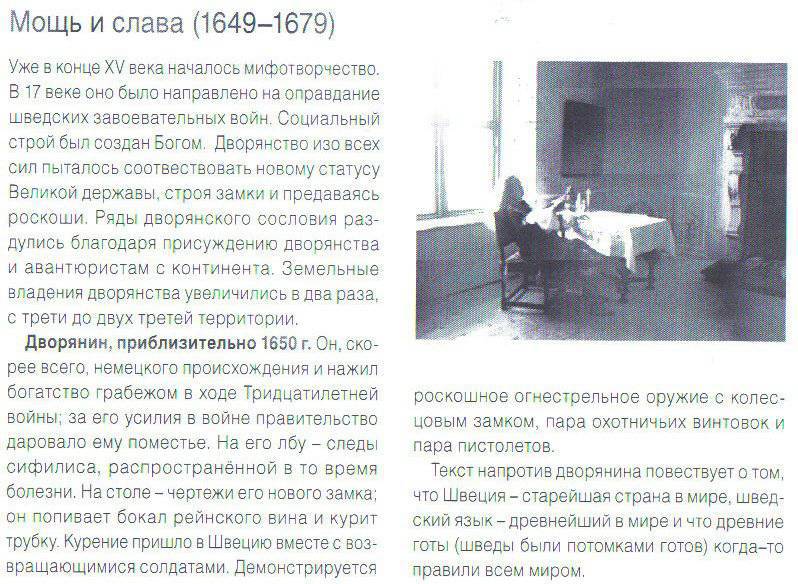 Why is this unknown “nobleman in a vacuum” from a completely different era so important for understanding the Vikings? And because the horned Vikings under striped sails grew precisely on the fertile soil of Gothicism, fertilized by the work of many Swedish scientists. Mention of this phenomenon can be found, for example, in the books of A.G. Kuzmin and V.V. Fomin. Many articles on this issue was published by L.P. Groth. To begin with, briefly about the period of the Swedish storiesin which Gothicism originated.

Gustav Eriksson Vasa (the one who built his personal Titanic) with military support from the Hansa brought Sweden out of union with Denmark and Norway, in 1523 he took the white house under siege Stockholm, and began to strengthen independent Sweden. This success was brilliantly developed by his grandson Gustav II Adolf. The successful participation of Sweden in the first pan-European conflict, and the forerunner of future world wars - the thirty-year war, as well as the expansion to the east made it the most powerful power in the Baltic region. So, the middle of the 17 century, Russia is weakened and pushed aside from the trade routes of the Baltic by the Stolbovo World, Germany is drained of blood, and its production is destroyed, Denmark and Poland no longer dispute the rule of Sweden over the region. In this situation, the strengthening of the Swedish national identity began. During the reign of Christina (daughter of the early deceased Gustav II), the number of nobles increases, the luxury of palace receptions, and the active development of art and science begins. The research of Swedish scientists became fashionable and advanced for Europe, and influenced the entire scientific community. I will cite several specific examples described in the article of L. Grotth. The epistemological roots of Normanism, as well as in the cycle of its article from here.

On the basis of the work of Juhan Bure, the most influential scholar close to Gustav II, another scientist Georg Stearnjelm 6 created a treatise on hyperborean “De Hyperboreis Dissertatio”, where the following ideas are based:

Ctrl Enter
Noticed oshЫbku Highlight text and press. Ctrl + Enter
We are
About the Vikings and their weapons ...Great Victory in Photos
Military Reviewin Yandex News
Military Reviewin Google News
180 comments
Information
Dear reader, to leave comments on the publication, you must to register.