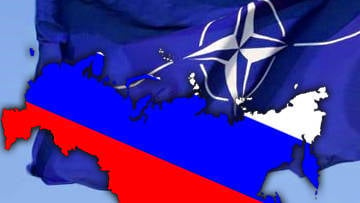 On September 22, a meeting of the Russia-NATO Council was held in New York, which became the first after the breakup of relations as a result of the Russian-Georgian war 2008. On the eve of this meeting, the US representative to NATO, Ivo Daalder, gave a hint at the possibility of joining this alliance of Russia in the future. Referring to the article 10 of the Charter of the North Atlantic Alliance, which states that the doors to NATO are open for any European country, he stressed that this fully applies to Russia - if it meets the requirements of the bloc. Former US Secretary of State Madeleine Albright, who led the working group on the preparation of a new NATO program statement, as well as former Secretary General of NATO, George Robertson, also supported the idea of ​​starting work on Russia's accession to the alliance. In addition, Igor Yurgens, who heads the liberal research institute of modern development, often says that NATO membership is fully in line with Russian interests.

Unfortunately, all this is just idle speculation and self-seduction. There are five reasons why Russia will never become a member of NATO.

1. In NATO, there is a requirement that members of the alliance should maintain civil and democratic control over their armed forces. This is a fundamental principle that ensures military integration and interaction between member countries. Although in NATO countries there are different political systems - somewhere presidential republics, and somewhere parliamentary - they all have transparent military budgets, and the legislative power provides control and supervision over the affairs of the military. This includes conducting independent investigations into abuses and failures of the military, parliamentary control over how funds are allocated for weapons (and whether they are allocated at all), as well as a system of constitutional checks and balances, with the help of which questions are decided on whether or not to send troops to take part in hostilities in other countries.

However, in Russia, civilian control over the military is a taboo in the Putin vertical, which essentially merged the three branches of government into one huge executive power. Any dictatorial power, by definition, rejects accountability to the public in all areas of government - and this primarily applies to the armed forces. In Russia, the lack of accountability of the authorities to society and the parliament allows the Ministry of Defense to hide the true extent of its inefficiency and incompetence, miscalculations and mistakes, as well as general backwardness. In addition, the closed military structure leads to the fact that corruption at all levels in the armed forces is preserved and multiplied - and no one can stop it. As long as there is a vertical of power - led by Putin or his successor - there will be no civilian control over the military.

The second reason why Russia will violently resist NATO’s demand for transparency in military affairs is because it is too sensitive to the disclosure of NATO’s “military secrets” - even if these so-called secrets are well known in the West. This is especially true of its nuclear forces. However, adherence to the principle of transparency is the basis of cooperation among NATO members.

2. NATO needs Russia as an enemy, not as an alliance partner. Those conservative and nationalist forces that today dominate the leadership of the armed forces and the security apparatus, consider NATO an anti-Russian alliance at its most basic. All this talk of revising NATO’s strategy with a focus on new threats, such as terrorism, maritime piracy, drugs and cyber attacks, is just a pretense, they tell us. The true goal and goal of the alliance is still Russia, as it was during the Cold War. Even the Russian representative in NATO, Dmitry Rogozin, wrote on Twitter in March that the top leadership of the alliance is still developing military strategy and operational plans aimed against Russia.

These fears are reflected in Russia's latest military strategy, which was published in February. In it, NATO is called the danger number 1 for the country. Hardened opponents of NATO from the military-political elite and state media are against any cooperation with the alliance (including joint plans in Afghanistan). They look at such cooperation as an instrument of imperialist aggression and US military expansion. “Iron Leviathan, crushing all mankind” - this is how Maxim Shevchenko, host of the political talk show “Judge for Yourself”, described NATO from NATO in September 2009 of the year, giving an interview to Echo of Moscow radio station. As soon as Daalder and Yurgens voiced the idea about the possible membership of Russia in NATO, the first thing we heard from these opponents were the words: “Fear the Danyans, the gifts that bring. This is another NATO trick. ”

3. China. If Russia joins NATO, the territory of the alliance will come close to China, which has a common 4000 border with Russia for kilometers. Thus, a three-pole global military equilibrium between NATO, Russia and the PRC will be broken. This will force Beijing, which, like Moscow, suspects all enemies in secret conspiracies, to believe that Russia and NATO are joining forces to contain or even weaken China. This is clearly contrary to the interests of Russia and the United States, which have extensive economic ties with China. It is not in their interest to whip up tension and provoke China, even if Beijing’s fears are exaggerated.

Moreover, we are told, it cannot be excluded that the next reckless military adventure of the USA and NATO will be directed against China (or Iran). If this happens, Russia, as a member of NATO, will automatically become the target of a Chinese (or Iranian) counteroffensive. In order to avoid such a scenario, say the authors of such arguments, Russia must insist on the alliance observing strict military neutrality.

4. Collective Security Treaty Organization. NATO membership essentially means the end of the CSTO, over which Russia worked so hard in the 2002 year, vying with the North Atlantic Alliance for influence on the global security scene. “I consider this [Russia's membership in NATO] to be absurd,” Nikolai Bordyuzha, head of the CSTO, said on September 16. “What is the point of joining NATO, if Russia created its own security mechanism together with its allies, and if this collective security system functions well?”

Rogozin, for his part, gave an interview to European-Asian News in April 2009, saying: “We can solve our security problems on our own. ... We do not need NATO. "

5. Global ambitions of Russia. Most importantly, Russia's entry into NATO will put an end to its dreams of restoring its former status as a superpower. By joining NATO, Russia will in essence become just “another major European country” - the same level as Britain, Germany or France. And this is a real blasphemy for the emperors, as the great-power nationalists are called in Russia, remembering the days when the Soviet Union was bigger and stronger than these three states combined.

It will also be a recognition that Russia is in fact subordinate to the United States as part of the largest and most influential military organization in the world. And this situation is unacceptable even for moderate representatives of the military-political establishment. Although the Kremlin no longer has Messianic aspirations to create the Third Rome or the Third International, it at least wants to preserve its sovereignty and independence as a regional and world power. And it will be impossible if Russia becomes a member of the NATO bloc, which is headed by the United States of America.

It is absolutely clear that the fishing pole, which the US hypocritically casts on, making peaceful statements about Russia's membership in NATO, is nothing more than PR and provocation. Therefore, when President Dmitry Medvedev will take part in the NATO-Russia Council meeting in Lisbon on Saturday, both sides should better focus on smaller-scale, but more realistic NATO-Russia partnership projects — such as a regional missile defense system or a joint fight against terrorism — and forget about Russia's entry into the North Atlantic Alliance.