Extremists lose the battle for the minds of the press 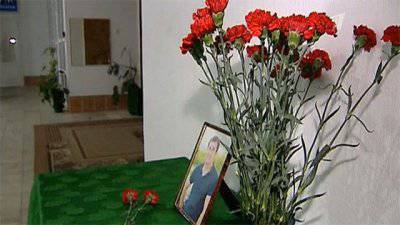 We have already begun to get used to reports that in a certain settlement of the North Caucasus, Russian security forces conducted another successful operation to eliminate militants. For obvious reasons, such information gives us confidence and allows us to feel more secure, to realize the pleasant fact that real professionals take care of our security. We admire the courage of the officers of special units who carry out anti-terrorist strikes both on lone extremists and on entire gang groups that create the most genuine fortified bases for conducting combat operations in the event of an attempt to capture them. We understand that the security forces at the time of interviewing them often simply cannot show their faces, because this does not fit in with both their own safety and the safety of their family members.

However, we do not always think about the fact that there are other people who, by virtue of their profession, simply cannot hide their faces; people who are directly involved in spreading information about the success of the Russian special services. And these people are journalists covering the events of the elimination of militants, their detection armory arsenals; journalists interviewing representatives of law enforcement agencies who carried out an operation to destroy one or another gang group; journalists, who often conduct their work literally side by side with the security forces, trying to convey to the viewer (reader, listener) information, in the literal sense of the word, of an ardent character about the course of counterterrorist actions. At the same time, while doing their job, journalists often go to the very "hell" without having absolutely no protection: a bulletproof vest, which is far from always able to save lives during a special operation, is sometimes the only means designed to protect a reporter from bullets and fire and debris.

The journalist can not be impersonal. This is the essence of the profession, which, on the one hand, makes it possible to recognize journalistic work, and, on the other, is capable of playing a fatal role in the fate of a reporter. The fact is that the activity of a journalist has never caused, does not cause and will not cause an unequivocal assessment. Any report, any material, contradictory, by its definition. Why? Yes, because there is someone who sees in the work of a journalist the usual transfer of information, let's say, to the masses; there is one who conducts a personal assessment of the information provided; but there is also one who sees exceptional journalistic guilt in the presented information, and therefore is ready to get even with the author of this or that material (reportage).

Last week the television host of the program Vesti. Kabardino-Balkaria "28-year-old Kazbek Gekkiev. Unknowns killed Kazbek by point-blank shots. The murder took place on one of the streets in Nalchik, where Kazbek was walking with his girlfriend. From the approached car, the unknown couple approached the young couple and asked if the man really was TV presenter Gekkiyev. After an affirmative answer from Kazbek, shots rang out that became fatal.

Today, all the forces in Kabardino-Balkaria are involved in a search operation for criminals. According to the main version, the crime is connected with the professional activity of Kazbek Gekkiev. In the last broadcast for himself, he talked about the crimes of the Baksan extremists, which gives reason to think about where the threads of the investigation could lead.

As it turned out, before the murder of the Kabardino-Balkarian journalist, employees of the republican branch of the All-Russian State Television and Radio Broadcasting Company received letters with threats. Unknowns said they would cut eternal smiles on the faces of the journalists with blades of knives. It is obvious that such barbaric threats are related to the fact that the journalists “Vesti. Kabardino-Balkaria ”conducted a systematic coverage of events in the Republic related to the liquidation of the underground gangs by the security forces. For obvious reasons, such journalistic work clearly “strained” the militants, who could not accept the fact that the people of Russia receive reliable information about the successes of the security forces. After all, sometimes such a reportage can erase the activity of an entire gang group in the North Caucasus. People, evaluating information from the media, began to realize that there are scattered gangs in the North Caucasus, which are often actively sponsored from abroad. The viewer (listener, reader), thanks to information coming from the North Caucasian republics, understands that someone from outside is trying to impose religious trends that are alien to the local peoples, based on propaganda of bloodshed and medieval religious differences.

And the more such information spreads across the territory of Russia (and the world), the more kulaks are squeezed in the impotent rage of extremists, whose task is to conduct not only real, but also information war with Russian citizens.
The criminal world connected with the terrorist underground of the North Caucasus decided to follow the most vile way (although any ways of these nonhumans are vile and unpromising): the murder of a representative of the press. You would think that with this criminal antics militants will be able to improve their situation. Quite the contrary, the actions of the bandits cause a clearly negative reaction not only in the North Caucasus, but throughout Russia. The murder of a journalist, who, unfortunately, is not the only one for this region, shook the public and made us think that in the fight against terrorism, the press suffers significant losses.

Here is just an exemplary list of Russian journalists who died in the North Caucasus since 1994.

November 26 1994 of the year. Hussein Guzuev. Director of GTRK Chechnya. Killed in a shootout.

December 14 1994 of the year. Gelani Charigov. Journalist of the company "Marsho". Chechnya Killed in a shootout.

December 31 1994 of the year. Bilal Akhmadov. Journalist of the company "Marsho". Chechnya Killed in a shootout.

1 January 1995 of the year. Vladimir Zhitarenko. Journalist of the publication "Red Star". Chechnya Killed in a shootout.

December 12 1995 of the year. Shimkhan Kagirov. "Russian newspaper". Chechnya Killed in a shootout.

18 April 1996 of the year. Anatoly Yagodin. The edition "On the fighting post". Chechnya Killed in a shootout.

1 August 1996 of the year. Ivan Gogun. The newspaper "Grozny worker." He died of wounds in North Ossetia, received during a shootout in Grozny.

4 October 1998 of the year. Galina Mashtakova. She died from wounds received in the Chechen Republic.

20 October 1999 of the year. Supyan Ependiev. The newspaper "Grozny worker." Chechnya Killed in a shootout.

21 March 2008 of the year. Magomed-Gadzhi Abashilov. Director of the Dagestan Bureau VGTRK. Killed in Dagestan.

11 August 2009 of the year. Malik Akhmedilov. Halikat. Killed in Dagestan.

13 May 2010. Said Ibragimov. He died as a result of the terrorist attack in Dagestan.

Many crimes related to the murder of journalists remain unsolved to this day. Obviously, the militants use any means, including the killing of members of the press, in order to sow chaos and panic, force the journalistic community to act according to their tune, and declare their own importance. However, all these attempts obviously will not lead to positive results for gang groups and their main sponsors, because the dissemination of objective information is an irreversible process. And depriving the lives of journalists, truthfully covering the situation in the North Caucasus, extremists only recognize the fact of their own helplessness, clearly losing the battle for minds.