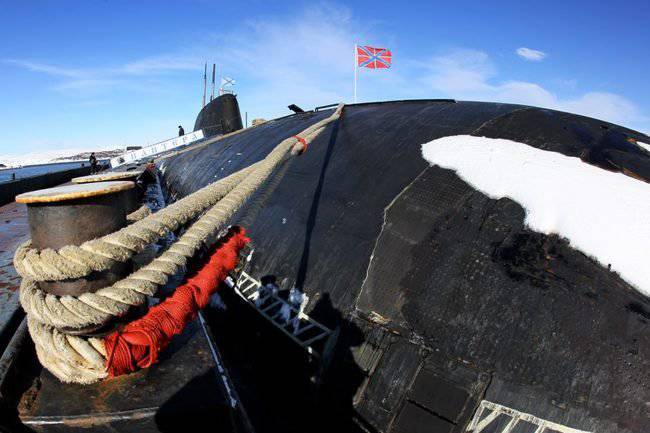 The Russian Navy is developing the infrastructure of all four fleets, Admiral Viktor Chirkov, commander-in-chief of the Russian Navy, told reporters on Friday.

"In Novorossiysk, construction of a Geoport for ships of new projects and submarines is underway. The program has been implemented for a long time and, I hope, we will complete construction by the 2020 year. There is a lot of work, the work is very complicated," said Admiral V. Chirkov.

The Commander-in-Chief of the Navy also announced measures to improve infrastructure at other Russian fleets.

According to him, in the Northern Fleet, the most attention is paid to the basing of new strategic submarines of the Borey class, for which "a whole complex is being built."

In addition, a special pier and moorings are being built for new multi-purpose nuclear submarines of the “Ash” class. “Everything is being done so that the facilities are provided with everything necessary, above all, with energy resources,” the admiral stressed.

In the Pacific Fleet, informed V. Chirkov, a program is being developed for basing helicopter carriers of the Mistral type, and in Kamchatka - for new submarines.

The commander also said that on the Baltic Fleet, in Baltiysk, reconstruction of sites for new corvettes and submarines is under way.
In addition, V. Chirkov noted, there is an active work to ensure basing aviation fleet. “The reconstruction of airfields is beginning to ensure the landing of all types of aircraft,” the commander-in-chief said. “Such work is being carried out in Kaliningrad, in the North, and in the Pacific Fleet.”
V. Chirkov said that airfields are built in such a way that they are close to the main cities, where you can arrange families, provide them with work, kindergartens, schools, the entire social block.

The commander stressed that in the course of improving the infrastructure of the base, due attention is paid to creating comfortable conditions for military personnel and their families. “The people who serve there should have the opportunity to go to the city, to live in comfortable villages near the duty stations,” V. Chirkov noted.

In 2011, the director of Spetsstroy of Russia, Alexander Naginsky, announced that the creation of coastal infrastructure facilities for the Black Sea fleet is planned to be completed in 2014, the enclosing pier - in 2017. “Starting next year, 9 billion rubles will be allocated annually for the construction of reserve base facilities for the Black Sea Fleet in Novorossiysk,” he told reporters on Wednesday.

G.Naginsky said that the construction of the base camp for the deployment of the Black Sea Fleet forces in Novorossiysk is scheduled to begin at the end of 2012, and now it is being designed.