November 23, 2012
46
It is very unpleasant, you know, to be a prophet in his own country. Especially if you prophesy not very nice things. But, alas ...
Here: http://topwar.ru/20747-istoriya-v-sravneniyah-vzglyad-nazad.html I expressed my opinion on the topic historical comparisons. Good or bad is the third thing. The fact is that after a certain number of days he received direct confirmation of his innocence. A certain organism (the hand does not rise to be called a man) painted another libel: http://topwar.ru/21261-dlya-yaponcev-v-manchzhurii-horoshey-strategii-prosto-ne-bylo.html#comment-id-719541. 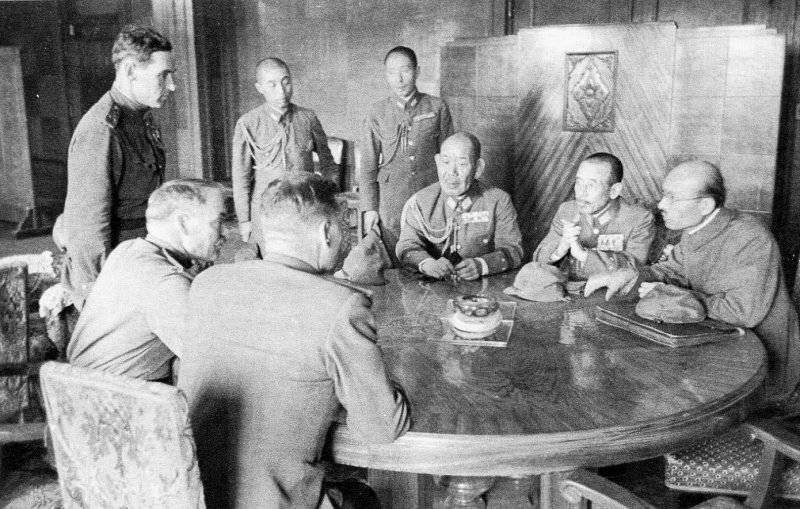 I'm not going to ask stupid questions on the topic of “where the administration is looking,” because for me personally, the admins policy is clear and understandable. Anyone who considers it possible to say something is entitled to it. If thus does not violate the rules of the site. That is democracy. And I think that's right. Another question is how we should respond to such “creativity”.

And it is necessary to respond as follows: respond similar to similar. If a creature like this falcon begins to pick up a broomstick and dirty our history with it, then any sane and patriotic person should pick up a broomstick at least of the same size and smear a stink from history. Lovers of mud - in the mud.

On different Internet resources such here appear ... tvartsy. It is clear from what word. Skunks stories. And the further, by all appearances, there will be more. I would not be surprised if the next arguments about the lute of the Russian winter in Stalingrad begin soon. Or about the lack of talent of our command during the blockade of Leningrad. Time to remember comes up ... You understand what I mean.

It seems to me that the closer to 2015 the year, the more worms and other reptiles move out of the manured historical soil.

Absolutely it is not necessary to hang all the responsibility on the admins, who pass through the entire flow of information, separating the wheat from the chaff. It may be simpler: not to succumb to provocations of journalists, but to spread such a reaction to their writings so that they would never think of another libel here any more. For "like treat like." Every spit in our past must be answered with hundreds.

This is a war. Without shooting and hand-to-hand (a pity), but the war. With an adversary who has neither honor nor conscience. Who is fighting a libel with our grandfathers who fought with weapons and their wives forging these weapons. And carry this stuff in the brain already our children.

What am I talking about? About 9 May. About the holiday, which should be in 100 years, the greatest day in our history. Because for him it is paid too expensive. And, in the 2015 year, when the seventieth anniversary of the Victory will be celebrated, I would like to look into the eyes of the surviving veterans with a clear conscience, because if they had done everything to protect me (if not yet born), then I in turn, did everything to protect the memory of what they did.

So I myself will, and urge others to give such here Borisov falcons, what they deserve.