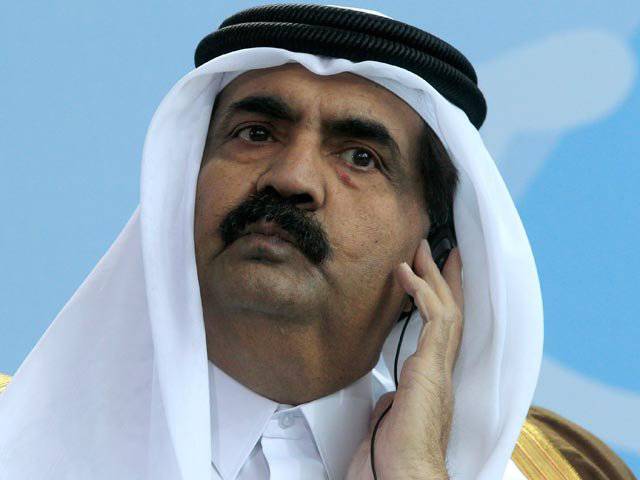 In recent days news from the blazing Gaza, news from Syria has been eclipsed in all media, but this does not mean that the aggressors are changing their plans against its people and the legitimate government. Western countries and their Middle Eastern puppets continue their dirty game and behind the scenes develop a plan for the supply of heavy weapons and air defense to the militants of the so-called "opposition".

At this time, tormented by "democratizers" Syria finds in itself mental strength in order to show solidarity with the Palestinian people in Gaza. ATS MFA and the People’s Council deputies condemned the airstrikes against civilians. But not only the authorities express solidarity, but also ordinary citizens. In Damascus, a demonstration took place near the UN office in which about a thousand citizens took part, mainly students of one of the largest educational institutions in the Middle East - the University of Damascus, as well as Syrians, and representatives of Arab youth from other countries who study at this university. Young people chanted slogans in support of the Arab brothers. Many protesters noted that the terrorist attack against Syria and the bombing of Gaza are links in one chain, the implementation of the same colonial plan for the entire region.

But some still blame Damascus for allegedly not having the freedom to demonstrate there! But in Bahrain, the authorities banned all demonstrations, including solidarity with the Palestinians. But Bahrain is not yet listed on the world arena for “democratization”. On the contrary, he is one of the states that constantly vote at meetings of the Arab League for the adoption of all anti-Syrian decisions. And this position is far from being taken by Bahrain alone.

The situation is absurd - the Middle Eastern monarchies assume the hitherto unknown right to try to bring "democracy" to a country where there is both the Constitution, the parliament, and parties, and freedom of assembly.

Qatar is particularly keen to excel. It is not by chance that another opposition coalition was created in Doha, which was called in Syria - the Qatari coalition. And while Russia, China, Iran and other sensible countries, as well as the UN special envoy to Syria, Lakhdar Al-Ibrahimi, are trying to “build bridges” for negotiations and a peaceful settlement of the crisis - at this time, completely opposite statements are heard from Doha - that escalation of the conflict, negotiations are unacceptable, and the “opposition” weapons - so far these tons, which go through the Syrian-Turkish border, as well as smuggling trails through the Lebanese-Syrian and Jordanian-Syrian borders, are not enough for them. Little and blood that they shed.

17 November was another terrorist attack in the capital suburb of Jaraman, which killed 6 people. 18 November was fired upon the Damascus Mezze district. Several people were injured, two of whom are hard ... In Aleppo, a suicide bomber set up an explosion near the hospital - one person was killed, more than ten were injured.

And if now, people are dying every day from weapons supplied by the Syrian “opposition”, every day someone loses loved ones, someone becomes disabled, someone loses housing and property, what will happen when the West and Middle Eastern monarchies, above all Qatar and Saudi Arabia, will start delivering more weapons in the name of democracy and openly do it?

In Doha, those who for years, or even decades, were not in Syria, did not communicate with its people, did not share their joys and sorrows with them, and wished for power on some unknown basis. Those who are indifferent to the tears of Syrians, who are indifferent to the wounds of children and the tears of mothers gathered in Doha. In Doha, those who want to increase terrorist activities have gathered, saying that terrorists must fight to victory, and without thinking - can terrorists have a victory?

No one from the national opposition of Syria was invited to this gathering - people who are engaged in political activities inside the country, who have claims to the authorities, but who do not want foreign intervention, do not want their homeland to be tormented by Western weapons and their fate was decided in Qatar.

And this opposition, nevertheless, declares itself. And moreover, quite legally. On November 17, representatives of the national opposition held a press conference in Damascus. And this is under the “dictatorial” “mode”! I wonder when the last time a press conference of the opposition took place in Qatar or Saudi Arabia, allegedly fighting for the rights of peoples?

The press conference was held on the eve of the National Dialogue Forum. Participants in the opposition National Democratic bloc stressed that they are categorically against any foreign intervention, and only the Syrian people can decide the fate of Syria. It is for this position that these oppositionists are not invited to Doha, they do not distribute grants to them, and they do not accept them in world capitals. The West and its puppets need a completely different opposition - submissive, controlled, calling for foreign intervention.

And on November 19 a forum of national dialogue opened in Tehran. Representatives from both the Syrian government and the national opposition take part in it. Iran put forward this peace initiative and provided its territory so that the Syrians could get together and try to peacefully resolve all contradictions. From the government’s part, Ali Haydar, the Minister of National Reconciliation, takes part in the forum. He is an opposition member who participated in the elections and entered the government after the elections. Let me remind you that he paid a heavy price for his constructive position - the radical “oppositionists” killed his son.

So now there are two oppositions. One is a puppet, subordinate to Qatar and personally to Mrs. Clinton, who gathered in Doha and signed the coalition creation agreement on November 11. The other is independent, which does not want to engage in terrorism, recognizes the right of the Syrians themselves to decide their fate and does not call on NATO bombs on the heads of compatriots under the pretext of creating a “no-fly zone”. One does not consider any international law, the other intends to act in accordance with the Geneva communique and the decisions of the UN Security Council. One gets everything from the West, the other is completely ignored. One enjoys the patronage of the monarchies of the Gulf - representatives of the other are not invited to Doha and never will be invited. They do not need opposition, and thugs. There, directors and patrons are not worried about the fate of the Syrian people, but are interested in the division of Syria and the further escalation of the conflict.

But when it is necessary to show Arab solidarity - these kings of the Gulf are blown away by the wind. At a meeting of the Arab League, which met to discuss the situation in the Gaza Strip, Qatar’s Foreign Minister Hamad bin Jassim self-deprecatingly stated: “Israel is not wolves, but we are sheep”, evading solidarity with the Arab brothers in Gaza under this pretext.

The Iranian agency Faris noticed a very interesting detail - it turns out that when the emir of Qatar, Hamad At-Tani, recently visited the Gaza Strip, he presented some symbolic gifts to some Hamas leaders. And somehow suspiciously it was after this visit that the actions of Israel began.

Somehow, the Israeli intelligence services became aware of the movements of the leaders of the military wing of Hamas. Is it not a Qatari gift?

And while Israel is bombing the Gaza Strip, Qatari mercenaries from the so-called “opposition” once again bombarded the Palestinian Yarmuk refugee camp in Damascus, in punishment for the fact that its inhabitants do not join their “struggle” for which "Democracy".
When Qatar wants it, it willingly turns into a "wolf." Although, probably, the wolf does not pull, rather, in a jackal. Look like he and his hirelings jackals in Syria! But when solidarity is needed in the entire Arab world, he immediately pretends to be a sheep. Such a zoo ...

And sitting in Qatar will teach someone democracy?