High interest in the arms of Izhmash was shown by Indonesian law enforcement agencies. 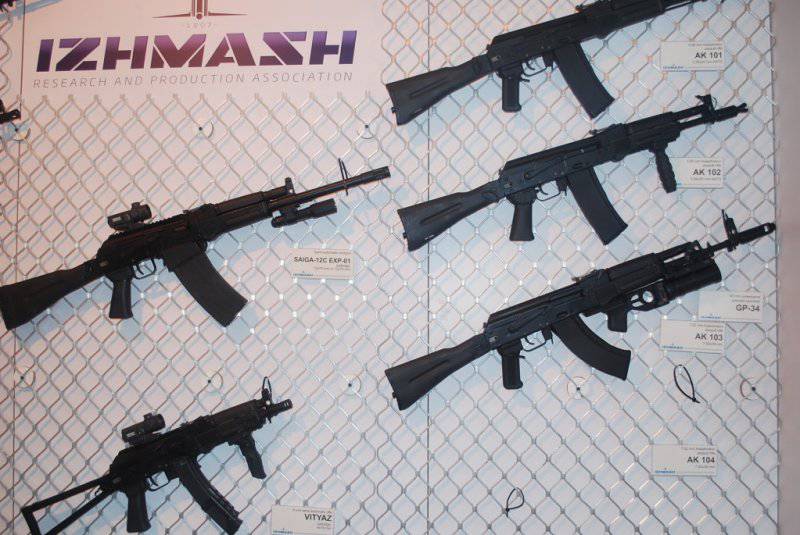 At the exhibition Indo Defense-2012, the leadership of the NGO Izhmash held talks with representatives of law enforcement agencies in Indonesia. The military showed great interest in machine pistols, modernized to the modern requirements of AK-74 and SVDS.

In Jakarta, where an international exhibition of defense technologies and military equipment Indo Defense-7 was held on November 10, 10, interim general director of Izhmash, Alexander Kosov, held talks with the commander-in-chief of the ground forces, the commander-in-chief of the internal forces and the leadership of the National Army Indonesia. The heads of law enforcement agencies are interested in buying the Vityaz and Bison pistols and machine guns manufactured by Izhmash.

The military also expressed a desire to learn more about the modernized AK-74, which meets the requirements of the modern army and is now being tested in TsNIITOCHMASH. According to Alexander Kosov, "this model of a Kalashnikov assault rifle with Picatinny slats and improved ergonomics will be presented at the next military products exhibitions in which Izhmash will take part." The command of the Air Force of the National Army of Indonesia is interested in buying a sniper rifle with a folding butt of SVDS.

Further negotiations on the sale of military products NPO "Izhmash" Indonesian law enforcement agencies to be held in close partnership with Rosoboronexport.

Also the exposition of Izhmash was visited by the President of Indonesia Susilo Bambang Yudoyono. He praised the reliability and quality of combat weapons Izhmash and expressed hope for the development of cooperation.

"Izhmash" - the largest Russian manufacturer of automatic combat and sniper weapons, guided artillery shells, as well as a wide range of civilian products - hunting rifles, sporting rifles, machine tools and tools. The company was founded in 1807. Izhmash products are shipped to 27 countries of the world, including the United States, Great Britain, Germany, Norway, Italy, Canada, Kazakhstan and Thailand.

Russian Technologies is a Russian corporation established in 2007 year to promote the development, production and export of high-tech industrial civilian and military products. It includes 663 organizations, of which 12 holding companies in the military-industrial complex are currently formed, 5 - in civilian industries. Russian Technologies organizations are located on the territory of 60 subjects of the Russian Federation and supply products to markets in more than 70 countries of the world. The general director of the corporation is Sergey Viktorovich Chemezov. Net profit in 2011 amounted to 1,55 billion rubles, tax deductions to the budgets of all levels reached 100 billion rubles.