US senator: Situation in Donbass resembles a "trench war", but the supply of armored vehicles from the US will solve the problem 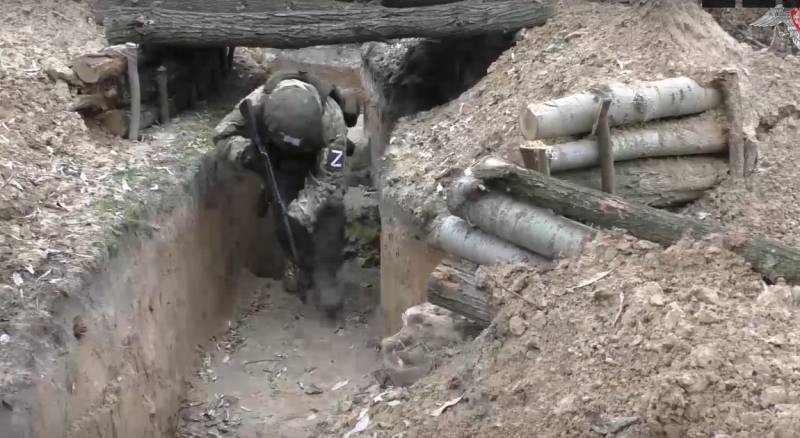 US Senator Angus King, in an interview with CBS, called the situation in Ukraine "terrible." As the politician put it, the dynamics of hostilities in the Donbass strongly resembles a "trench war."


Recall that the aforementioned term in the West "christened" the First World War. This is due to the fact that the most formidable weapons at that time, a machine gun was considered, and in order not to become a victim of heavy fire, the military dug numerous trenches on both sides, waiting for the attack in them.

At the same time, the photographs of Western military journalists often reflected the life of soldiers in the moment of respite between offensives. Naturally, it was not customary to publish fields strewn with bodies in newspapers.

As a result, on the frames one could see peacefully resting or taking a meal in well-equipped military trenches. Thus, the impression was that there were practically no active offensive operations, and the soldiers spent most of their time in shelters.

Why such an association arose with Angus King, the politician did not explain. This is probably due to the temporary absence of active offensive actions on both sides of the conflict in Ukraine, which were replaced by unceasing artillery duels. However, looking at what is happening near Soledar and Artemovsk, one can argue with the American senator.

Meanwhile, King is confident that the problem he mentioned will be solved thanks to the supply of armored vehicles, which was included in the latest aid package from the White House.

Tellingly, the receipt of the aforementioned military assistance by the Armed Forces of Ukraine has already been commented on in the Donetsk People's Republic. In particular, Jan Gagin, adviser to the acting head of the DPR, promised that all armored vehicles supplied by the West would inevitably be destroyed by the Russian military.