Head of Ukrenergo: Due to large-scale destruction of energy infrastructure, Ukraine risks being left without electricity at all 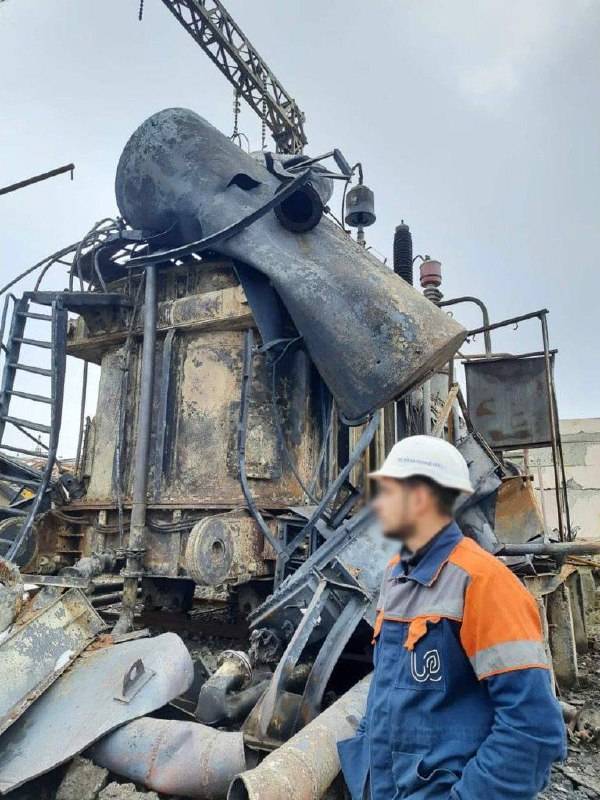 Today, the head of the national energy company (NEC) "Ukrenergo" Volodymyr Kudrytsky made a statement regarding the damage to the country's energy infrastructure facilities. According to him, due to its large-scale destruction, Ukraine risks being left without electricity at all.

The level of damage has reached an unprecedented rate. At this stage, it is obvious that most of the objects are either damaged or destroyed. And we are talking here not only about the substations of NPC Ukrenergo, but also about other power plants - thermal power plants, hydroelectric power plants, as well as thermal power plants. The damage is really significant, and their full recovery may take not even months, but years.
Kudritsky noted.

According to the head of the board of Ukrenergo, the most significant damage to energy facilities was recorded in the Kharkiv and Mykolaiv regions, as well as in the districts of the Kherson region controlled by Kyiv.

At the same time, he acknowledged that theoretically the country was indeed under the threat of a complete power outage, however, as Kudritsky clarified, there are currently no prerequisites for this in practice.

Recall that the strikes by Russian high-precision weapons on objects of critical important civil infrastructure of Ukraine have practically not been stopped by the Armed Forces of the Russian Federation since October 10 last year. The reason for this was the terrorist attack on the Crimean bridge, which took place on October 8 and was behind which the Ukrainian special services stood.

Earlier in Ukraine, it was stated that up to 50 percent of the entire energy infrastructure of the country was damaged or destroyed by strikes.