Turkish Foreign Ministry: US policy leads to disruption of the balance of power in the Mediterranean 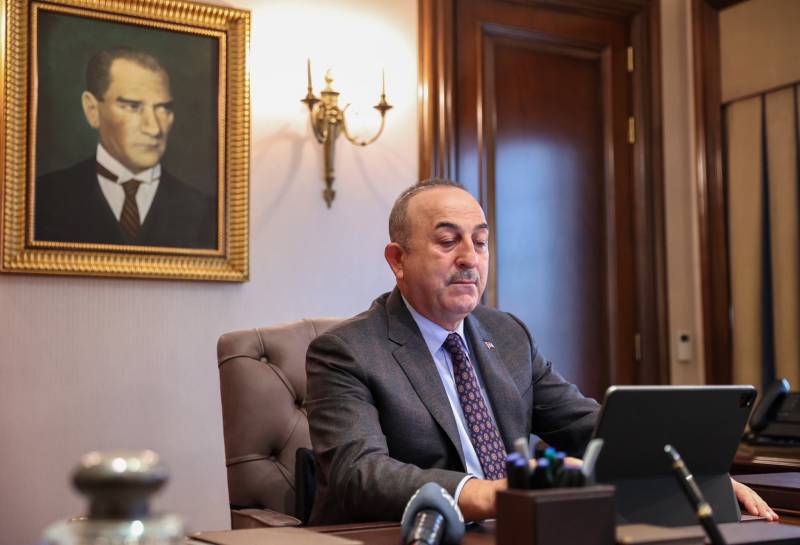 The head of the Turkish Foreign Ministry, in an interview with reporters, said that the United States is destroying the balance of power in the Mediterranean. As the Minister of Foreign Affairs clarified, we are talking about the policy that Washington is pursuing in relation to Athens and Cyprus, leading to a violation of the balance of power that has been built for decades.

Large arms deliveries to Greece are a confirmation of the violation of the balance of power. The same applies to the Greek community of Cyprus, since it was in the interests of the American leadership to lift the embargo on supplies. weapons this republic for a period of one year
- said the head of the Turkish Foreign Ministry.

At the same time, Ankara demanded clarification from Washington regarding the decision to supply weapons to these states. The United States called the reason for the supplies the cooperation of the Cypriot community with the US government in relation to the fight against money laundering. As Mevlut Cavusoglu added, the purpose of the supplies is to use it [weapons] against the Turks in the Turkish Republic of Northern Cyprus (TRNC).

Is the answer to such cooperation should be a permit for the supply of weapons? It would be interesting to know for what and against whom? Against the Turkish Cypriots?
Earlier, the Turkish Foreign Ministry announced that Ankara would not allow Athens to expand its territorial waters in the Aegean Sea and militarize the islands.

Recall that the Turks have been occupying the northern part of the territory of Cyprus since 1974, calling their invasion of the island the “Peacekeeping Operation in Cyprus”. Northern Cyprus is recognized only by Turkey, which deploys a contingent of its troops there with the support of the TRNC.