Russia wants to impose a paw on the Belarusian "defense" 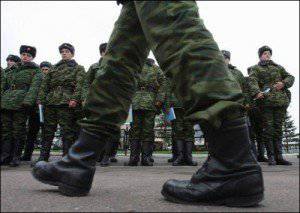 The leadership of Russia intends to bring under control the scientific, technical and production potential of the defense industrial complex (DIC) of Belarus.

The other day, during the election debates, Mitt Romney - Barack Obama’s rival in the presidential election - again called Russia a “geopolitical opponent” of the United States, repeating his comment made in March of this year on the basis of the presidential campaign in the Russian Federation.

Like last time, many analysts, including Russian analysts (including Fyodor Lukyanov, editor-in-chief of Russia in Global Affairs), found Romney's statements frivolous, inspired by the melancholy of the Cold War times.

However, there are those who disagreed with this interpretation. They see signs that Vladimir Putin takes the rhetoric of the Republican presidential candidate for the United States seriously.

So, in September, Putin, speaking to reporters, in an ironic tone expressed Romney gratitude for a clear and unambiguous statement of his position. For the fact that "he once again confirmed the correctness of our approach to the problems of missile defense."

The essence of this approach was 23 in November 2011 of the year expressed by then-Russian President Dmitry Medvedev in his televised address to the leadership of the United States and NATO. He announced his intention to take a complex of asymmetric measures of a military, military-technical and diplomatic nature in response to the deployment of elements of the American anti-missile defense in Europe (Euro missile defense).

In fact, Belarusian enterprises are already involved in the implementation of military-technical response measures to the European missile defense system, supplying Russian subcontractors with a number of important components for the production of the Topol-M and Yars strategic missile systems, as well as the Iskander operational-tactical systems.

In particular, we are talking about wheeled chassis manufactured by the Minsk plant of wheeled tractor for launchers, escort vehicles and transport-charging machines of these complexes. In the same row are special radio and optoelectronic equipment for space reconnaissance and target designation systems; electronic components, computing and software.

The proximity of the positions of Russia and Belarus in relation to the European missile defense system was once again emphasized on October 23 Moscow in Moscow at the meeting of the joint board of the defense ministries of the two countries, the head of the Russian military department Anatoly Serdyukov.

From his words, it follows that the current international situation has a decisive influence on the nature of the allies ’general defense policy, and to a large extent the deployment in Europe, despite Russian concerns, of the forward echelon of the US national missile defense.

But the interaction of Belarus and Russia, according to Anatoly Serdyukov, is not limited only to the military sphere, but is strategic in all areas of interstate relations. Including, it is necessary to understand, and in the field of cooperation of defense-industrial complexes.

It should be noted that simultaneously with the Moscow meeting of the joint board of ministries of defense in Minsk, a meeting of the high-level working group on cooperation between the defense and industrial complex enterprises of Belarus and Russia was held. This group was created in March of this year, almost immediately after the victory of Vladimir Putin in the presidential election.

The significance given in the Kremlin to cooperation with Belarus in the military-technical field is at least confirmed by the fact that Deputy Chairman of the Russian Government Dmitry Rogozin arrived in Belarus for participation in the meeting of the working group from the Russian capital. He is in charge of not only the defense order, but also the military, nuclear and space industry, as well as defense industry cooperation with foreign countries.

The Belarusian government at the meeting was represented by First Deputy Prime Minister Vladimir Semashko, who has almost similar powers. Opening the meeting, he noted that over the past years since the collapse of the Soviet Union 20 years, Belarusian manufacturers of military products and dual-use items made "a powerful leap forward, having mastered the development and production of high-tech and intelligent weapons and military equipment meeting the most modern standards."

At the same time, the majority of Belarusian factories in this sector are still focused on the Russian defense industry, as a result of which cooperation between the defense companies of both countries is the fastest in comparison with other industries. Mutual deliveries of dual-use products are carried out under a simplified scheme and at domestic prices.

Here it is appropriate to bring the information that 16 of May of this year was voiced in Minsk by the Deputy Chairman of the State Military-Industrial Committee of Belarus Igor Bykov at the Belarusian-Russian scientific-practical conference on military-technical cooperation.

From his report it follows that now the Belarusian defense industry holds leading positions in a number of areas. First of all, this is a series of high-tech innovative developments created on the basis of the latest information and telecommunication technologies. Including a set of automation tools, protection systems against high-precision weapons, fire control systems for armored vehicles.

In general, Igor Bykov stressed, high-tech products in the total export volume of research organizations of the State Committee of the Military Industry make up more than 25% today, and the leading position in this segment is firmly held by the enterprise "Peleng", which produces satellite equipment.

At the same time, a number of problems remain in the field of cooperation between the defense and defense industry of the two countries. As noted by Vladimir Semashko, among the main ones are the presence of restrictions on the provision of equal access conditions for Russian and Belarusian defense enterprises to access government procurement of goods (work, services) for defense and security needs, including within the framework of state defense orders.

Some analysts consider such restrictions, which create difficulties for Belarusian enterprises, as a kind of instrument for forcing the Belarusian leadership to transfer its defense plants to large Russian military-industrial companies.

The lack of a coherent policy in the field of technical regulation, standardization of defense products also hinders cooperation. In this regard, according to Vladimir Semashko, the task of the high-level working group is to prepare a set of measures to resolve problematic issues, to develop proposals for enhancing cooperation and integration links between defense and industrial enterprises of Belarus and Russia.

Continuing the theme, Dmitry Rogozin reminded that integration and industrial cooperation between Belarus and Russia are the subject of constant attention of the top political leadership of the two countries.

As Vladimir Semashko said after the completion of the Minsk meeting, the parties agreed to develop a new intergovernmental agreement on military-technical cooperation. The Belarusian Deputy Prime Minister also noted the importance of developing mechanisms to stimulate new, advanced developments. Coordinating these areas is also important: it is impossible for research and development to be duplicated.

In turn, his Russian counterpart paid special attention to the fact that an agreement in principle was reached on the need for horizontal and vertical cooperation between enterprises of the defense sectors of the economy of Belarus and Russia.

At the same time, Dmitry Rogozin considered it necessary to emphasize that “industrial cooperation between enterprises of the two countries is connected not only with the acquisition of assets, the repurchase of shares”. It can also exist between enterprises that retain their independence and have different forms of ownership.

At the same time, Rogozin noted that the Russian side is focused on the closest cooperation with enterprises of the Belarusian defense-industrial complex, in particular with machine-building enterprises and factories producing electronic components.

For the sake of justice, it should be said that such a development of events fully meets the aspirations of most of the leaders and personnel of these products of the Soviet era. For them, the Russian "defense industry" - the main, and in some cases the only market.

According to Dmitry Rogozin, now it is important for the leadership of Belarus and Russia to create a favorable climate so that “the enterprises themselves find the most comfortable form of connection”, the goal of which is to achieve an outstanding scientific, technical, industrial result.

The guest did not hide that “Russian manufacturers are currently interested in Belarusian Integral, MZKT, Peleng, MAZ ...”. From which it is logical to conclude that Russia will in one way or another try, if not to take full control of these giants, then at least to take maximum part in their management.

Even more definitely, the intentions of the Russian leadership regarding the use of the opportunities of the Belarusian defense-industrial complex are seen in the statements of Dmitry Rogozin at his meeting with Alexander Lukashenko, held during the visit of the deputy chairman of the Russian government to Minsk.

“Now, on the instructions of the Russian president, we have begun to implement a huge amount of work according to the state armament program, considering this case not only as strengthening the defense capability of Russia and its allies, but as a serious attempt at the new industrialization of the country. And in this direction large reserves of cooperation between the Russian Federation and the Republic of Belarus are visible, ”said Rogozin.

It is very likely that when modernizing their industrial potential, the Russian leadership is not going to restore the defense and civilian enterprises lost after the collapse of the USSR from scratch, and to minimize its own costs, it wants to use the industrial potential of Belarus (including by acquiring its most advanced factories).

This, in particular, explains the unprecedented surge of integration activity of the Russian authorities after Vladimir Putin’s return to the presidency.