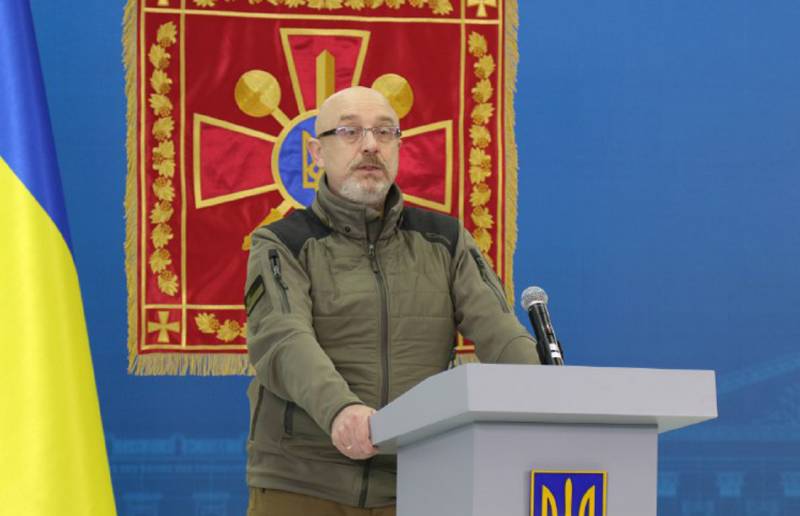 The head of the Ukrainian military department Oleksiy Reznikov commented on the statement of the Commander-in-Chief of the Armed Forces of Ukraine Zaluzhny about the amount of military equipment and weapons necessary for Ukraine to win, saying that it was only about conducting one military operation.


Last week, Commander-in-Chief of the Armed Forces of Ukraine Zaluzhny gave an interview to the foreign press, in which he named the amount of military equipment and weapons necessary to defeat the Russian army. According to him, 300 tanks, 600-700 infantry fighting vehicles and 500 howitzers will be enough to reach the lines on February 23, i.e. at the beginning of the Russian special operation. Reznikov decided to clarify Zaluzhny's words by stating that the commander-in-chief had in mind the amount of equipment for only one operation.

According to Reznikov, the Ukrainian army will need 300 tanks, 700 infantry fighting vehicles and 500 howitzers to carry out just one large and specific operation, and much more weapons and ammunition are needed to win in general and to reach the 1991 borders.

He said "I can win this war as a whole." And he separately named this figure of the needs of a particular operation. This is a victory in one specific operation (...) to reach the 1991 borders, Ukraine will need even more equipment and weapons
- added the Ukrainian minister.

At the same time, Reznikov believes that it is quite possible to obtain the volumes of weapons he requested for the Ukrainian army. This requires that Western countries increase the supply of heavy armored vehicles and allow the supply of tanks. With the joint efforts of the West and the Ukrainian military-industrial complex, Kyiv intends to obtain everything necessary for a "final" victory over Russia.
Military Reviewin Yandex News
Military Reviewin Yandex Zen
71 comment
Ad