Either we do it or we get crushed 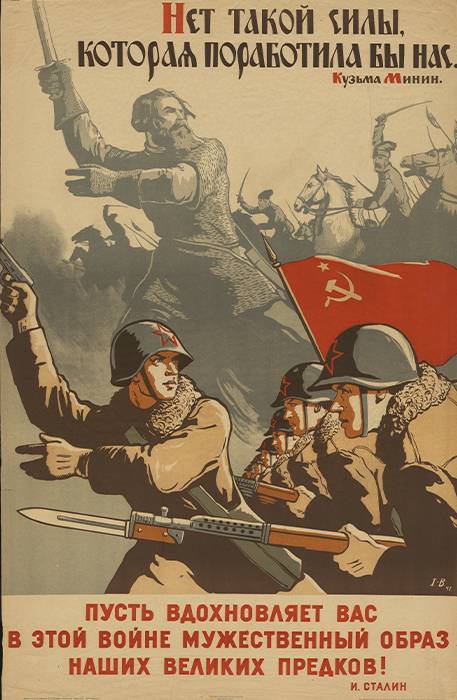 It is obvious that the West, represented by the United States and Britain, is betting on protracting hostilities on the Ukrainian front. Therefore, Kyiv is being financed and armed, increasing the volume of programs for arms, the development of the Armed Forces ukroreykha.

The problem of the crisis of capitalism, the crisis of overproduction and debts is solved by the traditional method - by war. There is a reboot of the matrix - human civilization. As a result of several years of permanent crises, epidemics, conflicts and famine, a “new reality” will be created. According to the plans of the masters of the West, this is an “electronic-digital concentration camp”, when “superfluous” people are physically liquidated, or made “Old Believer hermits”, cut off from the world, and the rest will exchange their will for “security” and access to the benefits of civilization.

In the First and Second World Wars, Russians and Germans were pitted as two warrior peoples, the best fighters on the planet. There are no warriors in the West today who are capable of fighting like the Russians. Western ethnic groups have been relaxing physically, intellectually and spiritually for decades. Therefore, London and Washington pitted two parts of the Russian superethnos - Russians-Great Russians and Russians-Little Russians (Ukrainians).

The southern part of the Russian superethnos, through a long mutation and programming, was turned into a kind of Russian Janissaries (Ukrainian Janissaries were created for the war with Russia). By origin, by language - Russians, but fiercely hating everything Russian. A unique ram weapon for striking the Russian world.

Such a massacre is extremely beneficial to London, Washington and Brussels. The Ukrainian front passes through Russian lands, Russian cities, villages and villages are burning and wiped off the face of the earth. Russian demographic, industrial, scientific, educational and cultural potential is being destroyed. The Russians themselves are fighting, whose ancestors stormed Koenigsberg, Berlin and Prague, went on campaigns to Paris and Tsargrad-Constantinople.

The cities of Novorossiya and Donbass are turning into ruins filled with mines and ammunition. For months, fighting has been going on in their ruins. Bakhmut and Maryinka, as Popasnaya used to be. They hammer Donetsk, flies through the settlements of the Belgorod and Bryansk regions, under the threat of enemy attacks Crimea.

At the same time, NATO countries are building up their military and production potential. They pump up the military-industrial complex. Conduct field tests of new weapons, train tens of thousands of militants for future battles. Prepare rapid reaction forces for possible intervention. Poland and Turkey are becoming impudent, who plan to absorb parts of the Russian civilization, take control of its sphere of influence (for example, Transcaucasia, Central Asia).

Along the way, Western capitalists and plutocrats, including those from Kyiv, make excellent money on the blood of many thousands of Russian people. On the military side.

While the Russian Federation played by the rules of the owners of the West. Pulled deeper and deeper into the trap. All reasonable moves were made very late. Moreover, part of the Russian elite connected with the world economy plays along with the West. Apparently, all cunning plans, de-escalations, goodwill steps, grain deals and regroupings are connected with this. As well as the continuation of the "feeding" of the West with the flow of bread, fertilizers, oil, gas, titanium, uranium, gold, etc.

What to do? The head of the Russian Federation and the Supreme Commander-in-Chief in the summer of 2022 said: "... by and large, we have not started anything seriously yet."

So now it's time to start. There are still some last chances for this. In particular, to conduct a full-fledged air offensive operation. Attacks not only on the energy sector, but primarily on the headquarters, decision-making centers, military, political and economic leaders of the Ukroreich.

Physical destruction of the Ukrainian presidential administration, all their headquarters, as well as the state and military apparatus. The removal of both the central government and the regional, regional, ministries, army headquarters, the National Guard, the Ministry of Internal Affairs and the national battalions. The total destruction of Ukrainian statehood is a full-fledged demilitarization and denazification, as the leading politicians of the Russian Federation have informed many times.

There is no alternative. Together with the removal of the Ukrainian energy sector, this will lead to the collapse of the Ukrainian economy, industry, trade and banking system. At the same time, destroy the system of mass media and telecommunications there, which will undermine the possibilities of massive propaganda and zombies. The Kyiv regime will lose the support of the duped population.

The elimination of the military-political leadership will greatly undermine the military potential of the ukroreich. The unified machine will crumble, there will be only separate pockets of resistance from the Nazis, war criminals and mercenaries. NATO will have to bring in its formations, which is fraught with escalation. In addition, Western society is not ready for the appearance of thousands of coffins of their citizens. When various kinds of Negroes, Arabs and Russians die, this is one thing, but when “full-fledged Europeans” are killed, this is another.

No other way. Only the will to win and decisive action. As Comrade Stalin said:

“Either we do it, or we will be crushed.”