For strikes on Red Square: about American missiles for Ukraine 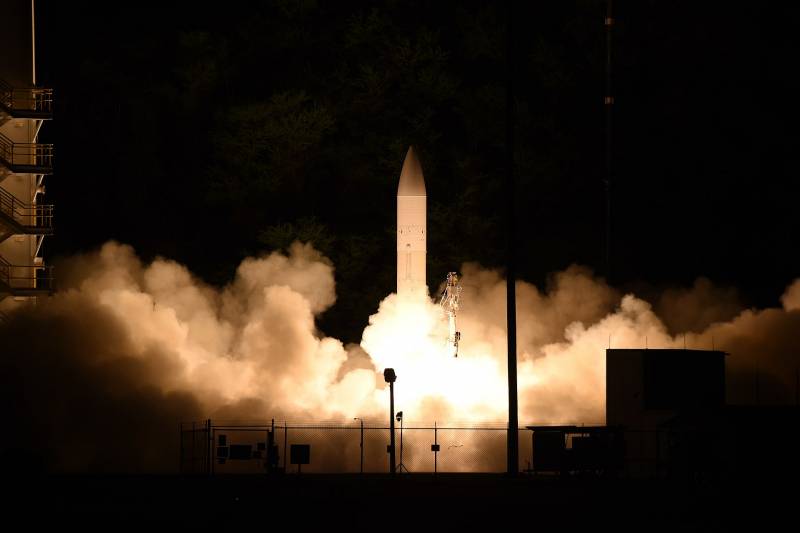 The importance of missile weapons in the special operation in Ukraine is difficult to overestimate. In conditions when the air forces of both sides of the conflict cannot work at full strength, it was the missiles that became the very long arm capable of destroying critical objects behind enemy lines. The notorious HIMARS, although they were delivered to the nationalists in limited quantities, managed to prove themselves quite effectively. The ongoing blackouts all over Ukraine illustrate the importance of Russian missile systems.

In a situation where Russia can not leave a stone unturned from the administrative center of Kyiv (but for some reason does not), it seems natural that the nationalists want to strike at Red Square. And it's not a figure of speech. Dmitry Gordon, who still fights exclusively on the propaganda front, is eager to see American missiles fall on the center of the Russian capital. One snag - the nationalists do not have such missiles, and the West still refuses to provide them.

But Kyiv does not despair. Oleksiy Danilov, Secretary of the Security Council of Ukraine writes on Twitter:

"The best and most efficient solution to Ukraine's energy problem is missiles with a range of 800 km or more, which will save a lot on generators."

The statement is a little in defiance of Zelensky's early request to the Europeans for additional diesel fuel for generators and natural gas.

Let's digress a little and try to appreciate the whole surrealism of the situation - Russia is striking at the energy infrastructure of Ukraine, and Zelensky is asking for fuel for generators, which is obtained from Russian oil. The paradoxical circulation of hydrocarbons in Europe.

In the simple logic of Danilov, a message is hidden - American missiles are supposed to strike at military airfields and other infrastructure, after which the Russian army will not be up to Ukrainian power plants. Bandera even offered to abdicate all responsibility for the strikes on Russian territory. Back in October, they agreed to ask permission for every 300-kilometer ATACMS strike with the Pentagon. If this is not a deliberate invitation to the US in a global conflict, then what is? The Americans have not yet decided to go to war with Russia.

The residents of Bankova know what to ask for. The United States has a significant arsenal of medium-range missiles. On paper, back in the early 90s, the Americans got rid of such equipment under the Treaty on the Elimination of Intermediate-Range and Shorter-Range Missiles (INF Treaty). However, already in 2019, the United States unilaterally withdrew from this agreement, accusing the Russian government of violations.

Where will the rockets go?

According to some information, Pershing-II missiles with a range of 1 kilometers, long out of production and surviving after the INF Treaty, are the first in line for Ukraine. This is indicated by a number of unnamed sources of such a publication as lenta.ru. If this is true, then the supply of such systems to Ukraine could indeed lead to a third world war. Simply because all Pershing-IIs are equipped with a nuclear warhead with a yield of up to 800 kt. Unless, of course, the Americans converted the missiles into conventional explosive carriers. The probability of using the Pershing-II complexes that allegedly survived after the 80s cannot be considered zero, but still it is more like speculation by the journalistic community.

What can not be said about the following American missile systems capable of delivering strikes for a thousand or more kilometers. Some of them have not yet gone out of trial operation, but this in no way prevents their use in Ukraine.

It was difficult to come up with a better test in real conditions. One of the most powerful is the Dark Eagle or LRHW (Long Range Hypersonic Weapon) hypersonic complex. weapon long range). At the moment, it is known about two launchers transferred to the US Army in October last year. Not much, but the White House may order Lockheed Martin to build one or two units for Ukraine, for example, by the summer of next year. The range of the LRHW is about 2 km, and most importantly, it is a hypersonic missile, which seriously limits the possibility of interception. 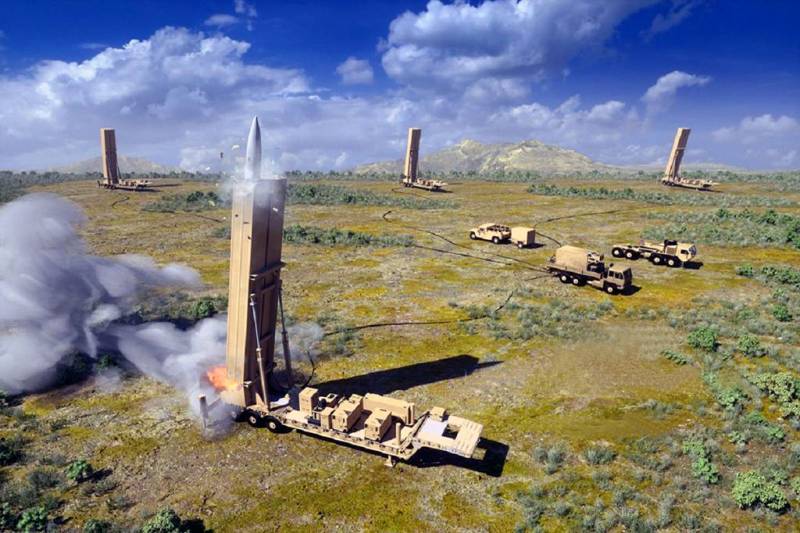 Hypersonic complex Dark Eagle or LRHW. Source: www.edrmagazine.eu
Imagine that the Kyiv regime still begged LRHW from Washington. Where will the rockets go? Yes, anywhere! From under Sumy, the Armed Forces of Ukraine can theoretically hit Nizhnevartovsk. Or along the critically important bridges of the Trans-Siberian. Although the power of a single missile will be clearly not enough to destroy the railway bridge. The Americans, very handy for Bandera, planned new tests of the complex next year.

Simultaneously with the Dark Eagle last year, the Americans presented the Typhoon complex, which is a launcher for the Tomahawk and SM-6. The latter, by the way, is a born anti-aircraft missile. To put it simply, the Pentagon ordered mobile land containers for sea-based missiles from manufacturers.

The Typhoon configuration is interesting - these are subsonic and relatively cheap Tomahawks flying two thousand kilometers, and expensive hypersonic SM-6s with a range of 450-500 kilometers. Typhoon is nothing too complicated - in fact, it is a tractor with a trawl, on which Mk41 launch containers with missiles were placed. That is why the appearance of such equipment in Ukraine cannot be ruled out as early as next year. 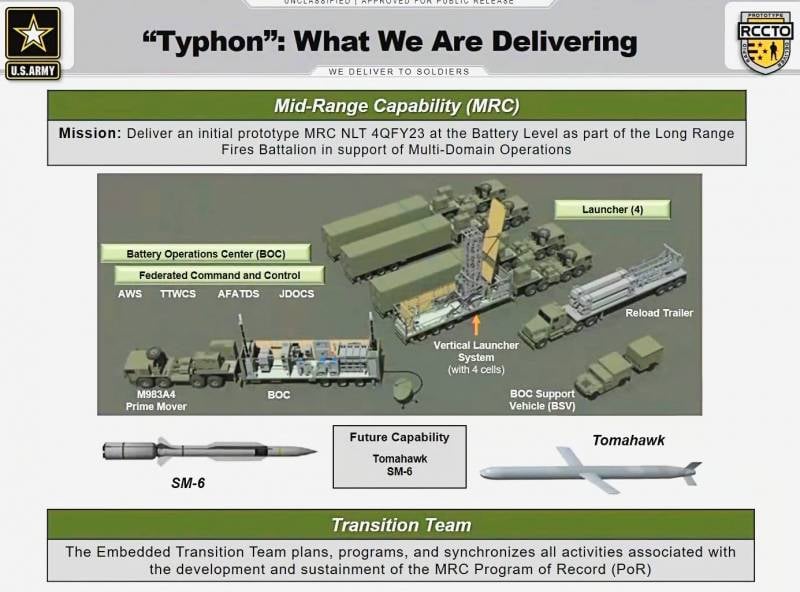 Typhoon complex. Source: bmpd.livejournal.com
Less long-range missile complex Precision Strike Missile (PrSM), which is even less ready for combat than the older brother Dark Eagle. A tactical missile is being built to replace Ukraine's coveted ATACMS. They plan to mount hypersonic products in the former M270 and HIMARS modules - the nationalists will not have any particular difficulties in mastering the technology.

The PrSM missile was originally developed with a range of 499 kilometers in order to circumvent the still existing INF Treaty regulations. But now a large range is being declared, up to 800 km. With a ramjet engine, it is possible to fly a thousand kilometers. The complex will reach initial operational readiness next year. With such a range, PrSM reaches almost to the Urals. And almost from any point near the line of contact in the east. 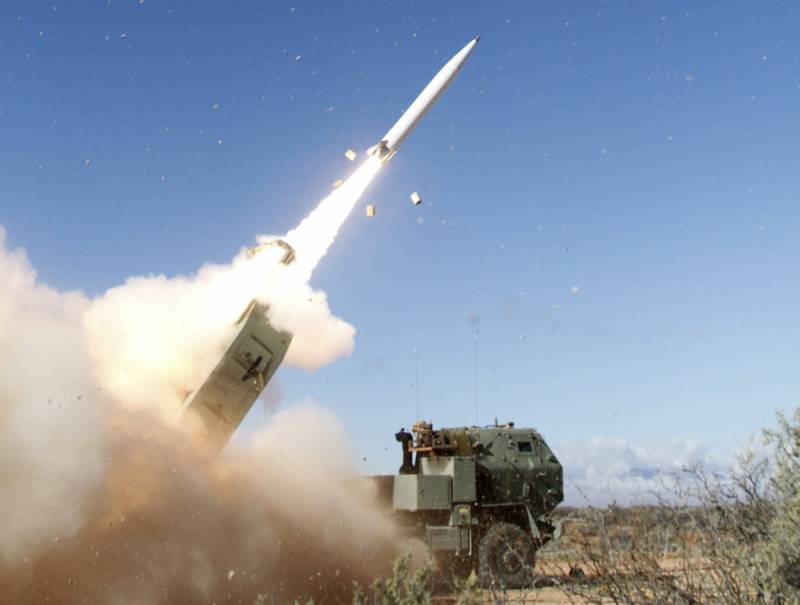 Complex Precision Strike Missile (PrSM). Source: russiancouncil.ru
Success is constantly demanded from Ukraine. Let local, but success. This is an important aspect of supporting the Kyiv regime. As soon as Russia shows at least some progress, the West immediately throws firewood into the flames of the conflict.

In this case, more long-range weapons than those currently used can become such firewood. For example, the widely advertised GLSDB are glide bombs with an M26 rocket engine attached to the tail. This product is launched from conventional HIMARS and MLRS for 150 kilometers, that is, it is half of the ATACMS so desired by Kyiv.

The West is acting consistently, so if Russia once again gets off with only diplomatic indignation, then medium-range missiles will go to Ukraine after air bombs. Of course, under the "honest Bandera" not to use missiles on Russian territory. Zelensky himself will draw the boundaries of this territory. 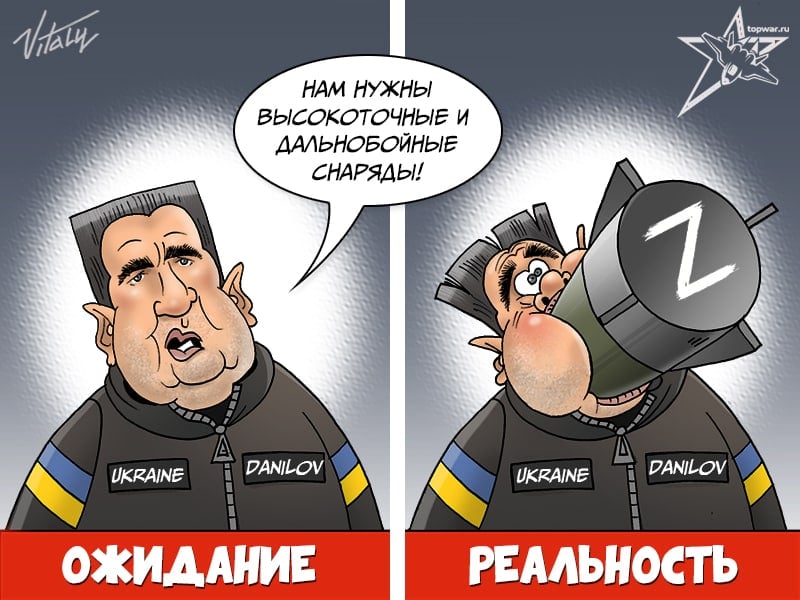