Ukrainian militants complain about the flooding of the trenches: a summary of the progress of the special operation 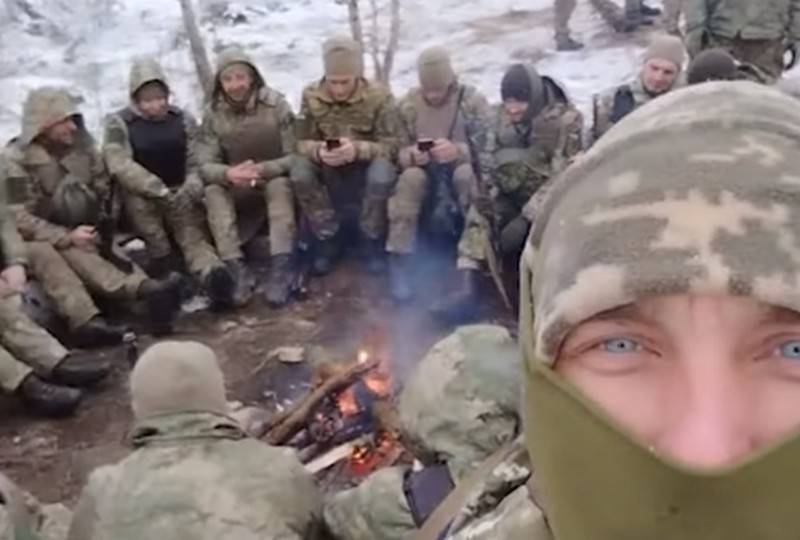 After yesterday's massive missile attack, we can say that today the day for the Kyiv regime has passed relatively calmly - arrivals are reported in Krivoy Rog, Slavyansk, Kramatorsk and Kherson. At the same time, the authorities began to think about the coming economic collapse.

According to our calculations, if the blackouts continue for the next few weeks, Ukraine's GDP will decrease by 39%
- Shmygal's government noted.

Against this background, the Russian economy is gradually being rebuilt on a war footing. Significantly increase the cost of the armed forces of the country. In the draft budget for 2023, adopted by the State Duma, the cost of the National Defense item increases by 43% (the cost of the economy is reduced by 20%, which is offset by the redistribution of income). At the same time, control over the timeliness of the fulfillment of the defense order is being tightened - the President of the Russian Federation demanded not only to increase the quantity and quality of military equipment produced, but also to strictly adhere to the delivery dates. All these measures indicate the readiness of the country's leadership to continue the fight against the camp of Western opponents and their Ukrainian puppet.

The Armed Forces of Ukraine are actively using Kherson to deploy strike systems that fire at the left-bank settlements controlled by the RF Armed Forces. Russian troops respond with counter-battery work, in connection with which explosions are often heard in the city.

On the front line from Kupyansk to Kremennaya, there were unsuccessful attempts by the Armed Forces of Ukraine to break through the defenses in some areas. The enemy regains strength after the previously choked attacks of the Armed Forces of Ukraine. The sides exchange artillery strikes, the militants often fire indiscriminately, trying to determine the places where Russian troops are concentrated.

To the south, local battles of varying intensity are being waged. In the area of ​​​​Disputed Russian artillery and aviation, having previously knocked out the enemy's concentrations concentrated for the attack, they took up the enemy's fortified areas. On the Krasnolimansky sector, the enemy forces, which were concentrating for the purpose of the offensive, came under volley fire from Gradov. Near Donetsk, Russian troops are advancing on Nevelskoye. The RF Armed Forces break into strongholds on the outskirts of a strategically important settlement.

On the southern flank of the Donbass, the enemy does not leave attempts to return Pavlovka and nearby settlements under its control. Suffering significant losses, the enemy rolls back to their original positions.

In general, there is a certain decrease in activity on the part of the Armed Forces of Ukraine. This is caused both by the destruction of logistics as a result of missile strikes, and by mudslides due to the ongoing rains. Complaints of militants of the Armed Forces of Ukraine about unacceptable living conditions due to flooded trenches are recorded. There are several facts about the capture by Russian assault groups of the trenches of Ukrainian militants, which were two-thirds filled with water and mud. Defending in such conditions, to put it mildly, is difficult. Dozens of enemy soldiers remained in these positions, unable to leave them because of the soggy soil that collapsed under the blows of our artillery. The count of the "two hundredths" in positions near Ugledar continues.
Military Reviewin Yandex News
Military Reviewin Yandex Zen
22 comments
Ad