Why are we being persuaded to negotiate with Ukraine 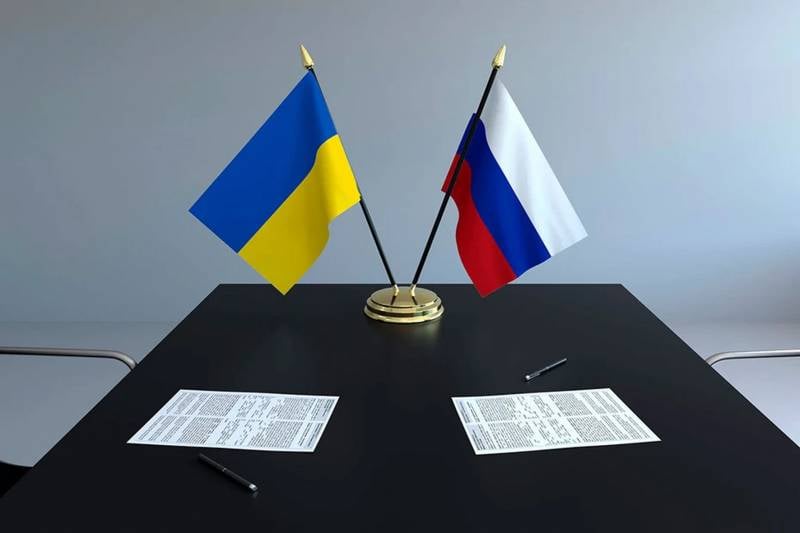 How interesting it is now to look through the Western media and the statements of Western politicians. It becomes fun how a pack of supposedly leaders of European countries quickly change their shoes in the air, depending on how their owner reacts to this or that event.


By no means do I want to say that the Europeans have completely submitted to the United States. In some issues that are insignificant for Washington, the American president loosens the leash a little more than usual. Just like any "dog lover" walking his dog. It is necessary to create the illusion of freedom of choice.

This is especially noticeable after Russia once again "showed its teeth" and put the Kyiv regime on the brink of an energy collapse. For most Russians and Europeans, this concept is only theoretically familiar. Shutting off electricity, water supply, heating and sewerage, even for a short time, is very painfully perceived by the population.

And when such shutdowns occur massively and for a long time, the life of a modern person turns into hell. What just do not come up with in this situation the people of Kiev. Here and the purchase of gas cylinders, which has already led to several cases of spontaneous explosion of gas equipment. Exactly the same dangers threaten residents of high-rise buildings from the use of household and professional generators.

The rockets that Kyiv used to try to discredit Russia played a role. Only this role is not at all what Ukraine planned.

Remember the numerous discussions about Article 5 of the NATO treaty? It seems to be extremely clear. They attacked a NATO country, and immediately received an answer from the whole pack. But, as it turned out, there are nuances.

It is significant to explain the work of this article on the example of a terrorist act in the United States. I think readers will be interested to know about it. Well, think of your own options.

So, no one refuses to comply with Article 5. Indeed, all members of the alliance almost instantly, or rather quickly, began to fulfill it.

But what was this accomplishment? Someone offered to help the Americans with equipment. Someone shared their intelligence regarding the organizations responsible for the attack. And most have tightened control over the movements of potential terrorists in their countries. There was no talk of any military actions of the alliance.

Zelensky's idea is clear. It is also clear why Kyiv went for this provocation. Despite the formidable rhetoric spread by Ukrainian and Western sources, American generals are already openly declaring the impossibility of winning this war. This opinion is also known to Kyiv. And it coincides with the opinion of the Ukrainian General Staff.

That is why Kyiv is acting according to the principle well formulated by the revolutionary poet - "We will fan the world fire on the mountain to all the bourgeoisie." An attack on Polish territory is an attack on NATO territory. This means that the block will automatically start responding. Well, there is logic in this. Unless, of course, you do not recall the example that I wrote about above.

Zelensky believed in his exclusivity. In the importance of Ukraine for the West and its own necessity as the head of this pseudo-state. He did not even understand the obvious hint that he was no longer needed.

Why was the trip to Kherson necessary? A trip to a place where a couple of mortars or one Grad installation is enough to destroy the head of state. 2–3 kilometers for such weapons not distance.

The owners simply openly framed this “head of state” for Russian mines or shells. They even trumpeted about the trip to the whole world. The militant president, vilely murdered by the Russians!.. A beautiful fairy tale that the media would quickly turn into a reality. It is very good that our specialists did not fall for this hook. Now American specialists have added a headache. A beautiful death must be invented again ...

I imagine the panic in Zelensky's office after the Western media announced that the missiles that fell were Ukrainian. Shock? Most likely. After all, everything that Kyiv did before, even if it turned out clumsily, the West immediately declared the intrigues of Moscow, and simply did not recognize any arguments in favor of Russia. Kyiv said, so it's true.

Zelensky was clearly scared. How else to explain his talk about readiness for negotiations? About the fact that it is Moscow that refuses to communicate with Kyiv? Especially these statements look ridiculous against the background of the orders signed by Zelensky. Decrees prohibiting any communication with Russians, at any level! Yes, and his own words about an unshakable position towards Moscow, too.

I think the Ukrainians, including those in the Zelensky team, have already understood that they are being used. What is obvious to us, Ukrainians, who live in a completely different information environment, is quite difficult to understand. So, the brain of a simple Ukrainian "went to pieces." On the one hand, constant defeats at the front, and on the other, a sharp deterioration in the situation around. And a misunderstanding of why NATO does not come to the rescue ...

Why does Washington need all this?

A very valid question. Indeed, why did Washington "hit the Ukrainian president on the stupid head"? We are used to a different US strategy - "yes, this is a son of a bitch, but this is our son of a bitch." Alas, for Kyiv, but... Let's remember what the American generals and the NATO Secretary General said about the possibility of Ukraine's victory. It is here that lies the key to unraveling the behavior of Washington.

Remember the events of World War II? I mean the assassination attempt on Hitler. What was the purpose of this assassination? Remove the Fuhrer and elect a new Chancellor. This would give a chance for some kind of negotiations. Yes, Germany would have lost a lot, but it would have survived as a country. We see something similar today.

The understanding that the collapse of the Ukrainian regime is inevitable led American politicians to decide to start negotiations with Moscow. It is clear that this will be met with great skepticism by Moscow. And here, as an additional incentive, a new president can come forward, ready to sign a peace treaty on Russia's terms.

Theoretically, we agree on this today. Practically any sane person understands that the regrouping of forces, the replenishment of personnel and equipment, which is taking place today, are carried out for a reason. Russia is preparing an offensive operation. And it does not matter where and when it starts. The important thing is that the chances of a successful defense of the Armed Forces of Ukraine are minimal.

Now, I think, it is clear why the rhetoric of the US and then the European countries suddenly changed.

What are the prospects?

The question is rather complicated. Predicting the decision of the President of Russia is not easy. One thing is analytical calculations, another thing is knowledge of the situation in such a volume that is known only to a limited circle of people. So, in this case, only versions can be put forward.

It seems to me that Moscow will not negotiate. Too much resource is involved to "share" the victory. I'm not only talking about material and military potential. Although this is quite an important factor. I'm talking about those 300 mobilized men, workers, peasants, teachers, office workers, businessmen and other working people. They are also sons, fathers, husbands, brothers. Each of them.

They, even if they do not have to fight, have the right to win. To see a defeated enemy. For their readiness to die they have such a right. Peace in exchange for victory and the danger that the grandchildren will again have to finish the work that the grandfathers did not finish - a second time cannot be allowed.

Fascism must be destroyed. Take Ukraine, demilitarize and then systematically, slowly, identify and destroy all evil spirits. Punishment must be inevitable...