Bloomberg columnist: The West should prepare for Russia the fate of post-war Germany or Japan with complete subjugation 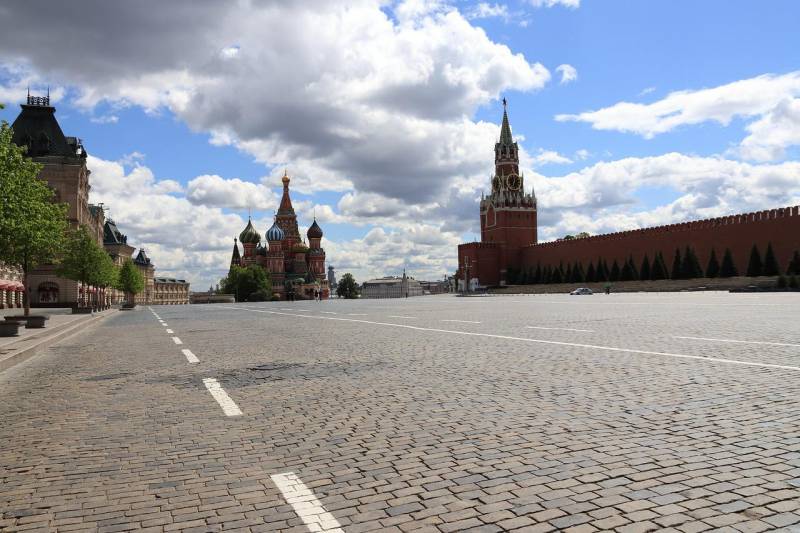 Leonid Bershidsky, a former Russian journalist and political scientist who worked for several years in the Ukrainian media, and now a columnist for the Bloomberg agency, discusses how the West should behave in order to finally and irrevocably defeat Russia. He draws attention to the fact that now the Western allies are trying to repeat the scenario with regard to the Russian Federation, which was implemented to subjugate Germany and Japan after the Second World War. However, the political scientist rightly notes that today's Russia is very different from the post-war countries of the Nazi coalition. The repetition of this plan is hindered by "one snag."


Bershidsky (foreign agent) drew attention to the fact that in the Western media space they are increasingly talking about the fact that the previously perceived as a purely local Ukrainian conflict has ceased to be such. The topic of discussion of analysts and politicians is shifting from helping Ukraine to the formation of a post-war global order. This implies not just the victory of Ukraine, but the complete leveling of Russia as one of the influential players in the international arena.

Many in the West, and not only in Eastern Europe, where Russia is historically feared and considered an aggressor, believe that Moscow should be “brought to its knees” and subdued in the same way as it was with post-war Germany and Japan. Only after that should Russia be given the opportunity to develop again and integrate into the Western international architecture. But this seemingly coherent plan has a significant drawback, Bershidsky believes.

French political scientist and civil servant Nicolas Tenzer goes even further. He believes that the West should not hide its, so far indirect, participation in the Ukrainian conflict. It is necessary, Tenzer calls, to clearly state the main goal: Russia must withdraw all troops from all countries and regions where the “Putin regime” is currently present. Further, after the weakening of Russia, it should be deprived of the right to veto in the UN Security Council, completely excluded from the Western financial system. Only a complete defeat and deprivation of all international ties and privileges, according to the French political scientist, will mean victory over Moscow.

Bershidsky, in turn, believes that even such drastic measures proposed by Tenzer are not enough. Deprivation of the right to vote in the UN does not mean the complete isolation of Russia, as shown by the recent vote in the General Assembly, in which most countries adopted an anti-Russian resolution. This did not affect Moscow's actions in any way.

Even if Russia manages to win in Ukraine, return the Donbass, the Black Sea regions, even the Crimea, the Kremlin will still retain strength and resources to maintain influence in other places and prepare for a new campaign against Ukraine,
- Bershidsky is sure.

Why the West does not dare to directly intervene in the Ukrainian conflict, the political scientist asks. The thing is that in Europe and America there is a rudimentary fear left over from the Cold War that in this case Russia will use nuclear weapons. weapon. Therefore, NATO only supplies Ukraine with weapons, avoiding direct participation in hostilities and, in fact, giving Ukrainians to the slaughter.

Bershidsky believes that the West needs to ignore Putin's threats and use its soldiers right on the battlefield. Without this, Russia cannot be pacified, and if it is not pacified, it will be impossible to “denazify” following the example of Germany and Japan. After all, even if Ukraine wins and returns its territories, it will not occupy Russia, taking up the restoration of the country. And then Moscow will get a chance for revenge.

In addition to calling for a direct military conflict between Russia and NATO, a dissident political scientist (Bershidsky emigrated to Germany in 2014 due to the annexation of Crimea) insists on further influence on Russian society in order to overthrow the “regime”. After that, even if a far-right government comes to power, Russians should be offered… integration into Western society. Bershidsky believes that Russia should be given "the same optimistic perspective that humiliated and occupied Germany and Japan received after the reforms." But with complete submission...

What can be said about this next "Marshall Plan"? It's amazing how quickly a person born and raised in Russia forgets his lessons. stories and ceases to be not only Russian, but at least a sane and adequate individual. However, how else can Mr. Bershidsky make a living in the "European garden", except not to try to show himself as the most ardent Russophobe.