“Where is the money, Zin?”: about the fate of budget billions for the rear 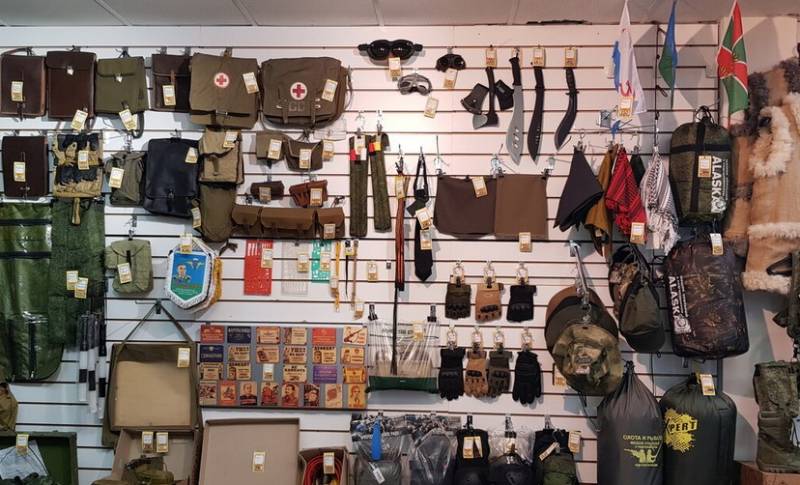 What if there was a full mobilization?

Let's imagine a terrible situation - on September 21, President Putin would announce not a partial mobilization, but a complete one. Not even full, but conditionally partial, when not 300 thousand, but 1-2 million reservists will be called up to the army. Probably, such a mobilization would have to be stretched out for six months, or even for all twelve months.

Judging by what is happening now, there is really nothing even for one percent of the mobilization reserve. While the rusted mechanisms will work, resources, uniforms and weapon, the enemy, probably, will pass through Red Square in parade columns. These are not even strategic issues - the survival of the state is at stake here.

These quite fair questions were asked in the State Duma by the head of the defense committee, Andrei Kargapolov, and the chairman of the security committee, Vasily Piskarev. On October 17, special hearings are organized, unfortunately closed. Deputy Defense Ministers Aleksey Krivoruchenko and Mikhail Mizintsev will be present as guests.

Since 2018, the first one has been in charge of organizing the military-technical support of the army, supervises the state defense order, as well as planning the development of weapons, military and special equipment. His appearance is quite justified, in the end, in many respects, the supply, including the mobilization structures of the rear, depended on the work of Krivoruchenko.

Colonel General Mikhail Mizintsev, the current Deputy Minister for Logistics, is unlikely to be able to explain anything about spending in the past - he has been in office since September 24th. Prior to that, for eight years he headed the National Defense Control Center of the Russian Federation and had a very indirect relationship to the rear service.

The first person to be called to the hearings is Hero of Russia, Doctor of Economics, General of the Army Dmitry Bulgakov, whom Putin fired three days after the partial mobilization was announced. It was he who since 2008 was responsible for the logistics of the armed forces. However, whether or not to summon him to hearings of various levels and profiles is up to the relevant structures. 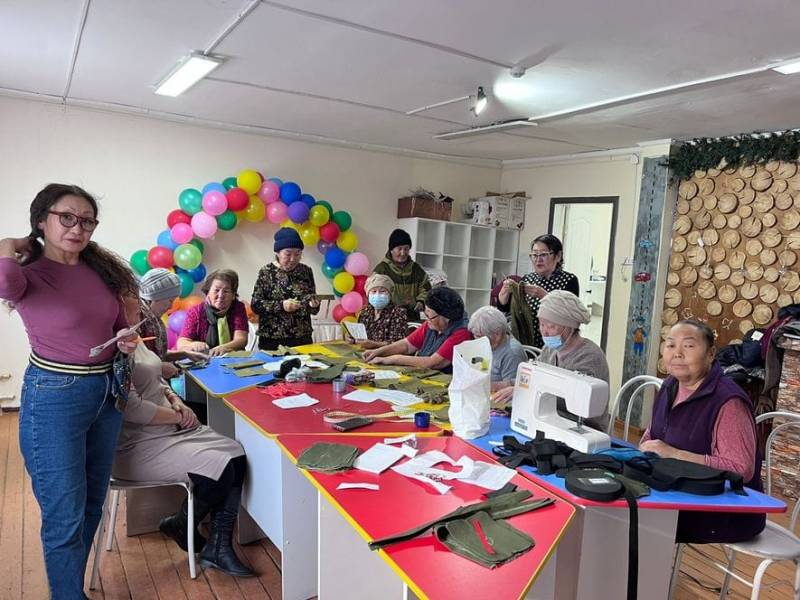 Collections for reservists gained the scale of a popular movement. Source: sakhalife.ru
Around what did the scandal flare up, for the investigation of which it was necessary to convene Duma committees? Maybe there was no corresponding money in the budget of the Ministry of Defense? For uniforms, equipment and weapons. No, they were, says Andrey Kartapolov, head of the State Duma Defense Committee. According to him, representatives of the military department fully received everything they counted on.

And there are two questions here.

First, why did they ask so little, since there were not enough shoes and clothes for 300 reservists? This, we recall, is slightly more than one percent of the potential number of mobilized.

The second question - if the money was allocated, then where was it spent? I must say, a stalemate for the officials of the Ministry of Defense responsible for the logistic support of the rear. It remains to wait for the results of the work of the military prosecutor's office on this issue. The Duma has already initiated an appeal to the service with a request to find out the details and name the perpetrators. Nobody canceled the old rule:

"Each state of emergency has a full name and position."

In everything you need to look for the positive side. Even in such a blatant situation with the provision of reservists with everything necessary for the front. See how society responded to the calls of the reservists. If earlier we were talking about Russians rallied around the flag, now we are talking about rallying around reservists.

All over Russia, caring women sew socks, cut out insoles for shoes, buy underwear, collect front-line first-aid kits. Schools and universities have announced collections for uniforms for reservists, girls are learning how to sew balaclavas in class. No other newest история did not have such an impact on the younger generation as the consequences of the special operation. There is a chance that from a society of consumers we will transform our children into personalities with a capital letter. However, we are only at the beginning of the journey and much more needs to be done to achieve this. 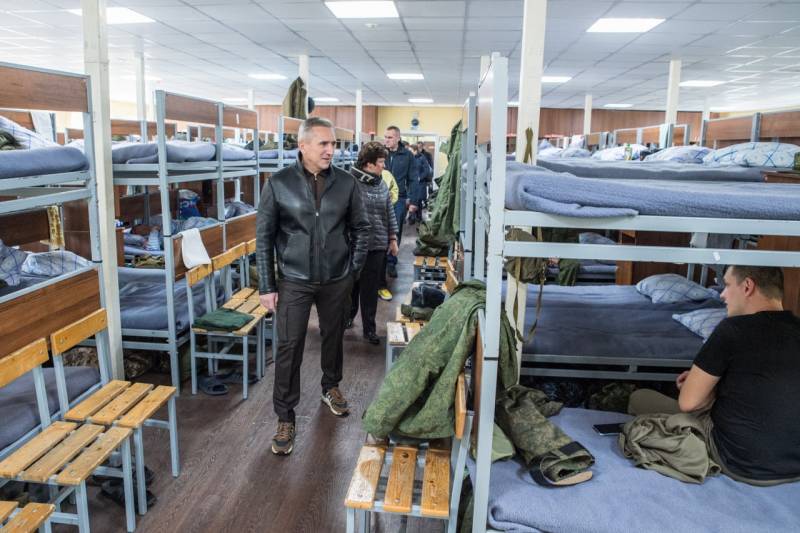 Governors are forced to equip reservists at the expense of regional budgets. In the photo - Alexander Moor, head of the Tyumen region. Source: park72.ru
The shortage of essential funds at the front had to be covered by the regional budgets. And it's good when there is enough money, as, for example, in the Tyumen region. The governor personally supervises the re-equipping of fellow countrymen with expensive equipment and equipment there.

And if there are no funds even for the issuance of the promised lump sum? As, for example, in Omsk, where the reservists recorded a video message with questions to the leadership. The money, of course, was immediately found. But if the fighters were shy and did not turn to the public?

All this leads to an unforgivable situation at the front, when there will be "rich" and "poor" units. The governor found money from some for such important thermal imagers, while others will manage with binoculars. We are fighting not at all with semi-literate gangs, but with beasts that have undergone many months of training in NATO countries. It is for this reason that it is necessary to rewind a couple of years back as soon as possible and name the very performers on the ground, through whose fault we are now equipping our guys with the whole world.

Businessmen in Russia have always been disliked, especially the deep people. Some of them, indeed, should say a special "thank you". This is a considerable cohort of those watching the events, like a football match, on the emotions of which you can also profit.

Few examples. In one week from September 21, the body armor on Ozon doubled in price, later some models exceeded a hundred thousand rubles, breaking all conceivable records. Body armor 6B45 jumped in price by 1 percent! Bertsy in a number of regions disappeared from sale altogether. But this is not the limit.

Price peaks were recorded in pharmacies - some hemostatics, tourniquets, occlusive plasters increased by 2 percent. A banal turnstile can no longer be found cheaper than 000 thousand rubles. The record, of course, is held by a decompression needle, which is vital for injuries of the chest cavity, which has risen in price from 15,5 rubles to almost 330 thousand rubles.

What do we profit from, gentlemen pharmacists? On lives? 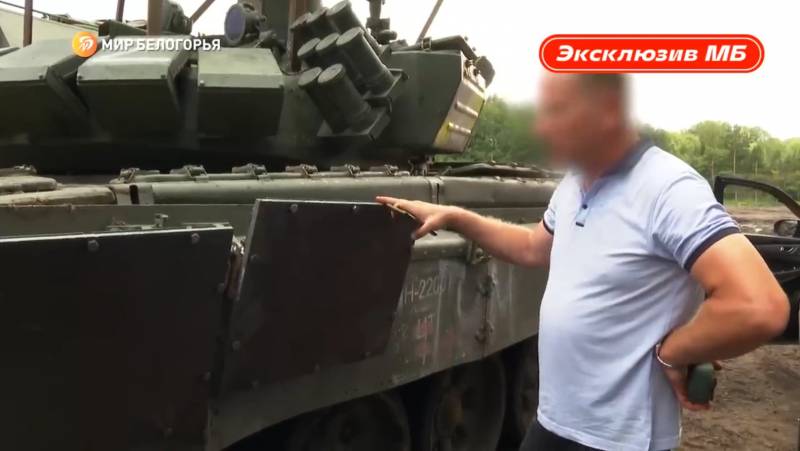 Businessmen are different. Some prices are multiplied, while other handicraft DZ blocks are made. Source: Telegram
It is impossible to blame all businessmen indiscriminately - most of them perfectly understand what civic duty is and how they can help soldiers at the front and reservists. There are also unique cases.

In the Belgorod region, an unnamed philanthropist organized the production of additional ... dynamic protection plates for tank. Absolutely untested and completely artisanal. At first glance, they will not be able to cause harm, but they are quite capable of protecting, albeit psychologically.

Probably, General Alexei Krivoruchenko, who is responsible for the military-technical support of the army in the Russian Defense Ministry, should pay attention to this precedent. From the inevitability of creating impromptu protection with bars, bags, logs and other elements, caring citizens began to make dynamic protection of their own design.

Truly, a people's special operation. Well, of course, and honorable, but it should not be so.