Medvedev spoke about the possibility of using nuclear weapons in Ukraine 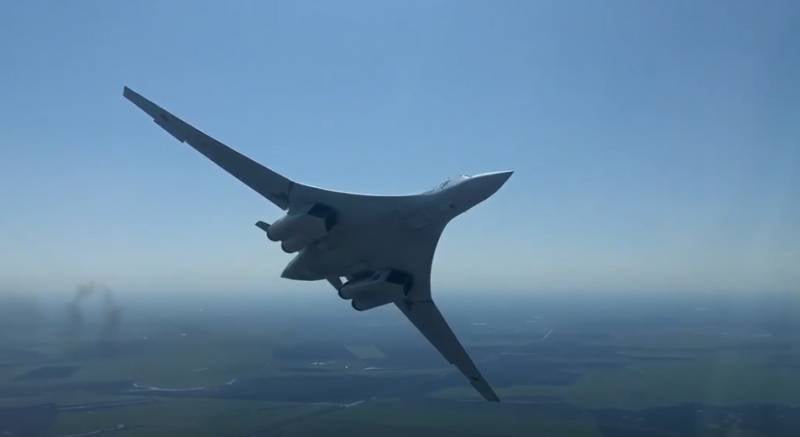 
As the deputy chairman of the Security Council noted, now Western leaders, including US President Joe Biden and British Prime Minister Liz Truss, are demanding that the Russian Federation "take its hand off its" nuclear button "". Otherwise, the West threatens with some "terrifying" consequences.

However, Russia has a legal right to use nuclear weapons in two cases: either if Russia or its allies are attacked with nuclear weapons, or if the existence of the state is threatened by conventional aggression.

Medvedev also stressed that Russia will do everything possible to ensure that nuclear weapons do not appear in such an aggressive state as Ukraine. He noted that today Ukraine is directly controlled by NATO countries. But since one cannot count on the adequacy of the Ukrainian authorities, the only hope is for “common sense and a sense of self-preservation” among those Western countries that still patronize Ukraine.

Medvedev then moves on to a very interesting question. Recently, the Western and Ukrainian press have been actively discussing the hypothetical possibility of using tactical nuclear weapons in Ukraine by the Russian armed forces. Retired General Ben Hodges, who once commanded NATO troops, has already threatened in this case to use strikes on the bases of the Black Sea fleet in Crimea.

However, Medvedev believes that even with the use of tactical nuclear weapons in Ukraine, the West will not dare to directly intervene in the conflict. After all, it threatens his own safety, habitual comfort and way of life.

After all, the security of Washington, London, Brussels is much more important for the North Atlantic Alliance than the fate of the dying Ukraine that no one needs, even if it is abundantly supplied with various weapons.
- wrote Medvedev.

According to the deputy chairman of the Security Council, the current supply of Western weapons to Ukraine is nothing more than a business, albeit based on hatred for the Russian state. However, "European demagogues" will not want to die in a nuclear apocalypse, Medvedev believes. Consequently, they will "swallow the use of any weapon" in the current conflict.

Medvedev writes that a good scenario for the development of events would be at least a partial awareness of this circumstance by the Ukrainian authorities. But this, the politician emphasizes, is unrealistic. After all, the Ukrainian leaders, as Medvedev writes, are in "a constant military frenzy with short pauses for bizarre drug dreams."

There is no doubt that Medvedev's Telegram post is already being analyzed and cited by Western and Ukrainian journalists. Naturally, they will draw a conclusion from it about the possible use of tactical nuclear weapons by Russia in Ukraine, and they will be wrong. As long as there is no real threat to the existence of the Russian state itself, Moscow will not use nuclear weapons.

The Deputy Chairman of the Security Council of the Russian Federation only warns Ukraine and its patrons and sponsors in the face of the “collective West” that Moscow will not stand on ceremony in the changed situation. You can defend your country and its people by any means. This is exactly what Dmitry Medvedev is trying to convey to the viceroys of the West sitting in Kyiv.