Moral bankruptcy. Whom are the United States and Turkey 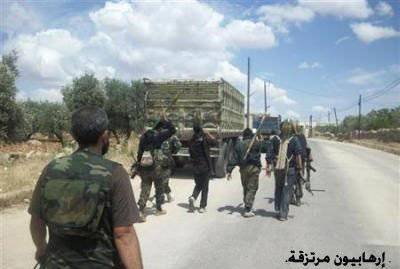 A sharp Russophobic statement broke out of the State Department Victoria Nuland. Let me remind you - this is the very “Miss Executioner” who directly called for “tighten the noose” around the neck of Syria and its people, speaking in favor of strengthening the sanctions.

But these words about the loop Mrs. thinks are normal, but Russia is accused of "moral bankruptcy."

The reason for this statement was the incident with the Syrian aircraft, forcibly planted in Ankara. Mrs. Nuland did not like the cargo of the aircraft, which carried completely legitimate electronic radio devices. The Prime Minister of Turkey Erdogan, who has not presented anything to Russia itself, but has rushed to report to the United States in the first place, hastened to share the contents of the cargo with the State Department. And based on his report, Nuland makes his anti-Russian statements.

But even Washington was forced to admit that Russia had not violated any laws. The UN embargo on the supply of Syria to anything does not exist in nature, and the unilateral sanctions imposed by the United States and the European Union apply only to these countries themselves, and Russia did not sign and did not have to comply with this decision.

And since there is no violation of the law, Washington would do well to be silent in a rag, and not to oppose Russia. But you want the same!

Mrs. Nuland got out - if there are no legal grounds to accuse Russia, she dragged the moral side of the matter here. Like, "no responsible state should incite the Assad regime."

But Nuland, talking about morality, is the same thing as if Chikatilo spoke of the commandment “Thou shalt not kill” ...

The United States does not see a moral violation in the actions of Turkey, which barbarously dealt with the passengers and crew of the Syrian airliner, without giving passengers with children forced to wait for the end of the search and permission to depart, even minimal amenities and applying direct violence to the crew members.

Moreover, the United States does not see a moral violation in unilateral sanctions against the people of Syria. They do not see anything immoral in the instigation of the armed "opposition", consisting of outright bandits. But to give at least some support to a surrounded and blocked country that is experiencing incredible difficulties, the United States sees an "amoral".

Maybe they really care so much about "human rights"? But for some reason they are too selectively baked about it. In the same Arab world there are countries such as Qatar, Saudi Arabia, and Bahrain, where no human rights smell and never smell. But these countries are allies of the United States, and therefore, according to their concepts, the people there can suffer without human rights, without a constitution, and without an election - they don’t lose anything from him.

For example, the former CNN correspondent Amber Lyon worked in Bahrain. She managed to fix a lot of violations of the rights of people, facts of reprisals against demonstrators in Bahrain, and she really risked her life. But it all turned out to be unclaimed. The journalist who received the Emmy Awards 3, who worked on the 4 TV channel of the year, was dismissed by the CNS leadership and received threats from officials. Because the truth about what is happening in the country - the US ally is not needed. After all, there is an American base in Bahrain, and therefore the regime of this country can do anything. Information about the suffering of the people of Bahrain is unprofitable.

But the policy of Syria is not acceptable to the States, there is no American base there, and President Bashar Al-Assad refused to be an American puppet. Therefore, it is profitable to trumpet about the “absence of democracy” in Syria, and if there are no facts, they should be invented. What is the information industry and the US, the West and hostile to Syria, but the allied US Arab countries.

Encouraged by America, Erdogan also made a statement that is directed against Russia. And not only Russia, but also China and the UN Security Council as a whole. He proposed to reform the Security Council, calling it "an unequal and dishonest system, not expressing the views of most countries."

Of course, in the proposal itself to reform Sobvoz, it would seem, there is nothing wrong. Many progressive figures proposed to reform it, for example, Muammar Gaddafi, who once even tore up the UN Charter, because, according to him, “it gives big countries the opportunity to bomb small countries”. But in what direction does Erdogan’s Security Council reform offer and in what context does it declare it?

Speaking at an international conference in Istanbul, Erdogan said: "If we wait for the decision of one or two permanent members of the UN Security Council, then the future of Syria will be in danger."

What did the newly-minted "Ottoman Pasha" mean? Of course, the veto of Russia and China, imposed on anti-Syrian resolution.

Erdogan offers UN refoms, but in the wrong direction, that everything is fair and equitable, and not about the equality of nations, he is worried. Not for this, he proposes to reform Sobvoz, in order to stop once and for all the shameful practice of military intervention in the internal affairs of other states. But just the opposite - if “democratizers” want to bomb or destroy any sovereign state, then no one would veto power and the ability to obstruct the iron path of the American "democracy".

That is, Erdogan proposes to make such changes to the UN Charter, which would deprive Russia and China of the veto and would strengthen American dictate.
The "democratizers" now have so many great opportunities to render assistance with impunity to the militants fighting against Syria. What they are doing, regardless of any moral principles, and turning a blind eye to the crimes of their "pets" - the militants of the so-called "Syrian free army." And no UN Security Council, unfortunately, is able to prevent them from doing so and stop their unlawful interference in the affairs of an independent state.
Militants, taking advantage of this support, reinforce the terror against the Syrian army and against the country's civilians.

Their victims are often representatives of the most peaceful professions. So, in Aleppo, they opened a real hunt against public service workers. Workers who clean up the garbage are guilty before the militants by the fact that they go to work.

In the Sheikh Maxid district of Aleppo, terrorists opened fire on workers who were cleaning the city from dirt. No, not from the terrorist dirt - this is the business of the military. Peaceful workers cleaned up the usual dirt and garbage, but apparently the militants do not need a clean city - maybe they are hoping to build barricades out of the garbage?

As a result of this attack, the driver of the garbage truck was killed, as well as a passer-by. Several janitors were injured.
But this was not enough for the bandits, and they attacked the janitors who worked on Kadi Askar Square. The worker Muhammad Hyatt perished from their hands.
Such a “revolution”, even directed against the janitors, and we, the naive, believed that revolutions are made in the interests of the common people!
A heinous crime was committed by the “Syrian free army” in the city of Hama. The terrorist group attacked a nursing home, firing it with grenade launchers. Four elderly people were injured, three rooms were destroyed, and a lot of material damage was caused to the building.

In the same city, gunmen shelled Al-Aidin refugee camp. One citizen was killed, two were injured.

In the province of Homs, bandits laid an explosive device on which a service bus was blown up, killing four civil servants and injuring 20.

Terrorists intensified in Damascus. 12 schoolchildren were injured during the terrorist attack in the metropolitan area of ​​Zaplatani. The houses were damaged, the cars were broken.

A mined car exploded near the Ministry of Higher Education. Several people suffered.

In the area of ​​Mezze, a car bomb was also blown up near the Al-Fatah Mosque. Al-Azmin magazine employee Yousef Vannus was seriously injured. Damage to buildings and parked cars.

This bloody crime list is growing every day. I have to write only about some of them, because otherwise no newspaper would be enough ...

But Western countries continue to support this pseudo-revolution, considering it quite moral. Syria is constantly threatened with invasion, and another exacerbation of the situation has become a series of incidents on the Syrian-Turkish border. However, it appears that the shelling of the village of Akchakale, from which the aggravation began on the border between the two countries, was made from weapons sample of NATO. And one of the groups of rebels even claimed responsibility for the shelling, but the Western masters ordered the group to remain silent. In addition, US President Obama re-signed a decree introducing new sanctions against Iran and Syria.

Fortunately, not everyone in the world supports the criminal policy of strangling Syria. One of the true friends of the Syrian Arab Republic who has always spoken in her support is Venezuelan President Hugo Chavez, who recently won the presidential election again. Immediately after his victory, he made a statement in support of Syria, saying directly and unequivocally, without diplomatic allegations and half-tones: “If we don’t support the legitimate government of Syria and its president, Bashar Al-Assad, who do we support then? sow death?

The people of Syria can appreciate true friends, and many Syrians rejoiced at the victory of Chavez. On election day, his name could be heard in public transport and coffee shops, and in some buildings there were even portraits of Chavez, alongside portraits of Bashar Al-Assad.

President of Belarus Alexander Lukashenko also spoke out in defense of Syria. In an interview with the British newspaper Independent and the Air Force television channel, he sharply spoke out against plans of the West, which "carries its democracy by violent means and writes scripts for overthrowing the leaders of other countries, while supporting with money and weapons of outspoken terrorists."

Solidarity with Syria was expressed by such organizations as the League of Workers of Lebanon, the Communist Party of Slovakia. The Syrian community in Jordan held a rally in support of the motherland.

The Arab-Indian Solidarity Council held a meeting in Delhi, where support was expressed for the leadership, the army and the people of Syria. Chairman of the Council, Professor Bhim Singh, called on the Government of India to be more active in the Non-Aligned Movement to support Syria in a difficult situation. The meeting was attended by the Ambassador of Syria to India, Riyad Abbas, as an honorary guest, who told the truth about what was happening. Council members condemned Turkey for the rude act of air piracy against the Syrian civilian airliner. They also commended the position of Russia and China, who oppose direct interference in the internal affairs of Syria.

A huge demonstration of solidarity with Syria took place in the Lebanese capital Beirut. It was attended by representatives of the Syrian community and the patriotic organizations of Lebanon. Its participants headed to the Russian embassy, ​​where a delegation of demonstrators was received by the Russian ambassador to Lebanon, Alexander Zasypkin, who thanked the protesters. "Thank you, Russia!" - chanting protesters.

The people and the army of Syria continues to resist pro-Western terrorists, and the support of the unconquered country is growing in the world. And we, the citizens of Russia, should also see who our enemies are and who are friends. Who accuses us of the mythical "violation of morality", and who says "Thank you, Russia!".