Klimovsk - the arms capital of Mexico 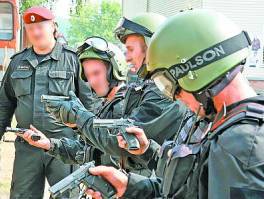 To the Mexican felon supplied weapon guards order - this is not only in Mexico, in the Mexican TV series you will not see. But Jorge Portilla-Sumin, a well-known authority among thieves in the law, managed not only to establish control over the Klimovsk specialized ammunition factory, but also to adjust the supply of a pistol on behalf of himself to the special services.

- Until recently, it was the most successful model of a traumatic weapon. More powerful and reliable counterparts, the special forces themselves explained to us. - We use it when suppressing mass riots, to exclude accidental victims, on special operations where no lethal outcome is needed ...

Jorge Man looks less perfect than Jorge Pistol, although his life really resembles a TV series. Here is how the sources in the prosecutor's office tell him a brief summary.

In 22, young Jorge, a member of the Mexican cycling team, who had a school in the USA, a business school in Italy and a MSU student card, learned that he was not the son of a diplomat Manuel Portilla Quevedo ... Mexican passions, divorced parents spilled in Moscow blood ... At the trial, the murder of the stepfather and his maidservants was blamed on his young brother Jorge - José, and Jorge allegedly simply finished off the bodies with a control shot and a trimming pipe that came to hand (I quote from the court verdict from 11.08.1986: "expressing indignation" with murder). Due to this, he received not a “tower”, but 14 years of a colony in Georgia. With the help of thieves in law in 92, he was amnestied and became an adviser to the government of Georgia in the States, where he purchased weapons for Gamsakhurdia militants. It is from the set of Jorge Stingers that the Georgians shot down Russian helicopters in Abkhazia. 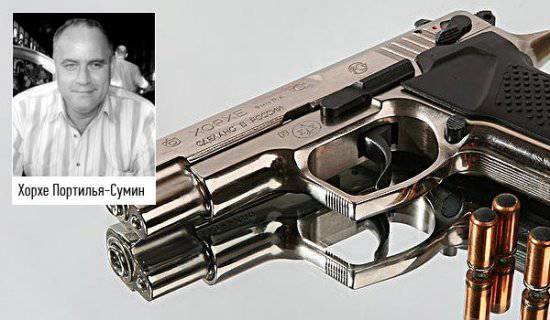 This did not prevent the arms baron from moving to Russia, to make connections with the Solntsevo, Dolgoprudnenskie, Caucasian organized criminal groups. He protected not only arms flows, but also the oil business, was caught on smuggling currency, but in a strange way escaped a suspended sentence, and 10 surfaced years ago in Klimovsk near Moscow, where he liked the local ammunition factory.

Locals call Klimovsk the patrimony of Don Jorge. For a small town, an enterprise in 1200 is a person - the main place of work that no one wants to lose. Having bought up the plant’s shares through his firm and authorized representatives, the don brought the Mexican order here. Among the gunsmiths, there are only conversations about the beaten-up Jorge, and about the dismissed "of their own volition": three years ago the workers were asked to write the relevant documents with an open date.

“They said that the plant would be renamed and they needed such statements from us in order to transfer them to a new place without delay,” said Mikhail Vagner, a former senior electrician.

Now, too tongues can, like Wagner, fly from the workplace like Valkyries - without any compensation so that they do not talk too much. For example, why the accounting department burned at the factory, where tons of gunpowder evaporated or how Jorge became a full-fledged don ...

Former Mayor of Klimovsk, Andrei Menshov, also tried to fight with new orders, but he was threatened and the deputy was shot. And the former director of the plant, Evgeny Rudakov, simply disappeared from the regime facility — he came to work and seemed to dissolve in hydrochloric acid. The benefit of the company abound.

“Jorge did not hide the fact that he wanted to remove Rudakov from the plant and bring his team,” Vitaly Melnik admitted, whom the don had invited to the general directors. - Only after I understood why his choice fell on me. The position of director of a secure company could only be taken by a person who has access to work with secret information.

For the artificial bankruptcy of the plant, which helped Jorge to completely absorb it, Melnik was recently slapped for two years. Conditionally. For actually stealing the country's largest enterprise in its industry. Accused in the same case, Jorge is still on the run and ... in the main owners of the plant.

Along with it, 26% shares, which still remained on the balance of the Federal Property Management Agency, disappeared. To receive government contracts, Jorge first presented a blocking package to the state, and then his entourage sued the shares back. Neither the factory nor the Federal Property Management Agency to receive official comments failed. It is only known that this summer, the Minister of Economic Development Elvira Nabiullina repented to Putin that the plant had finally left the state control.

In the same summer in the Caucasus, during the special operations, militants began to find “Jorge” pistols without serial numbers and firing live ammunition.

“Any traumatics can be turned into a military weapon,” the specialists explained to the “Interlocutor”. - Partitions are being bored in the trunk - that's all. But to serve such a barrel will not last long. "Jorge" - an exception. He has very good metal.

In the same summer, triathlon competitions among special purpose units of Russia and the CIS took place at the Vityaz training center. One of the stages of the competition was the defeat of targets from the same “Jorge”.

- Really the special forces have no moral obstacles for the use of weapons with a criminal trail? - I am interested in the Alfa veteran Andrei Torgashov, the chairman of the Zaschita club, whose instructors also took part in the triathlon.

“This is not a moral matter, but a law.” According to him, the director of the weapons company is so tested that there can be no crime in his biography.

“But this is strange: the criminal authority supplies weapons to special forces.”

- And in Russia there are a lot of strange things. 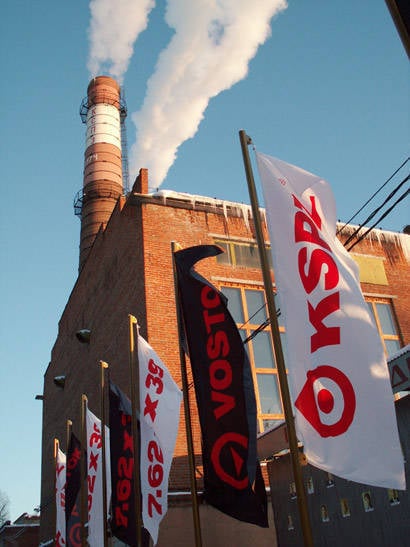 The official biography of Jorge:

Name: Jorge Portilla-Sumin. Date of birth: June 24 1963. Marital status: single. Special marks: there are no bad habits, the character is kind and sympathetic.

Search the house of Jorge. The opera asks: “Op-pa, well, and whose automaton is it?” - “Kalashnikova”.

From the site of Jorge. 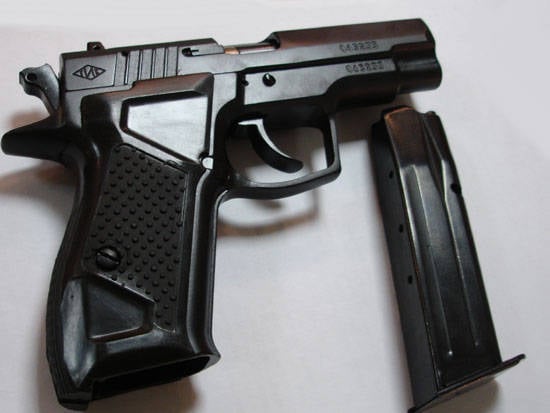 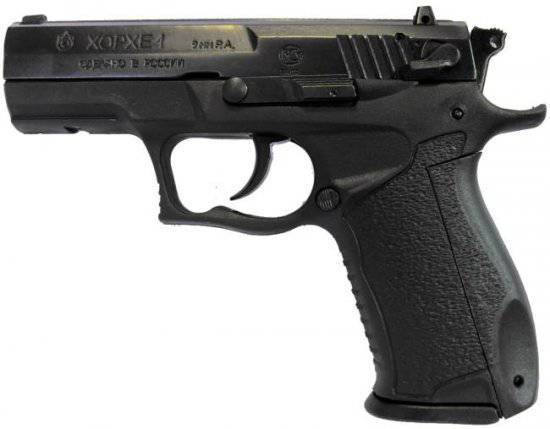 Used by private security companies and special services for self-defense and firing in crowded places. The difference from a civilian pistol is an increased kinetic energy of the bullet and additional clips.