Lavrov: Iran does not intend to attack Israel with nuclear weapons 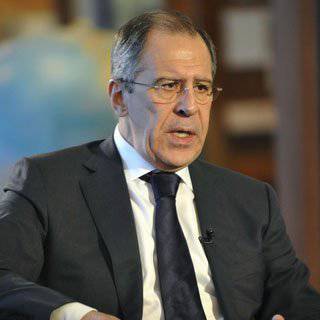 Iran will not attack Israel atomic weapons. This statement was made by Russian Foreign Minister Sergei Lavrov at a meeting with Knesset Speaker Reuven Rivlin in Moscow.

In turn, Rivlin noted that "Russia is the only country that can stop Iran’s nuclear program without any sanctions or military intervention."

"Sergei Lavrov stressed the importance of resuming substantive negotiations between Israel and the Palestinian National Authority on a generally recognized international legal basis and confirmed Russia's readiness, along with other members of the Middle East Quartet and interested parties, to provide this necessary assistance," the ministry said.

During the meeting, a number of other global and regional issues were touched upon, including the topic of countering terrorism and the prospects for creating a zone free of weapons of mass destruction in the Middle East.

Lavrov and Rivlin reaffirmed their common interest in building up an active political dialogue, expanding the multifaceted interaction between the two countries, including through parliamentary lines.