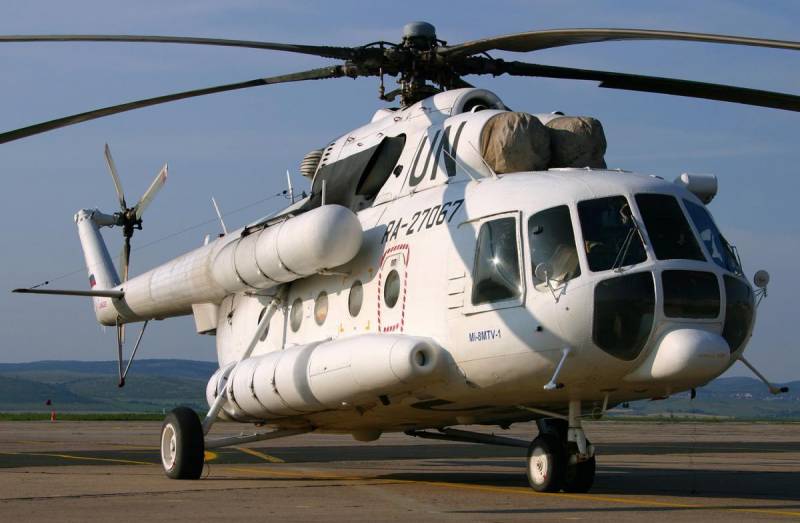 Russian-made helicopters participating in UN missions will soon receive new armor that will cover not only the crew, but passengers. The press service of Rostec announced the development of ballistic protection.


According to the report, the Novosibirsk Aircraft Repair Plant (NARP), which is part of the Russian Helicopters holding, has carried out work on the creation of a new composite armor intended for installation on Mi-8AMT and Mi-8MTV-1 helicopters participating in UN missions around the world.

As emphasized in the holding, the new armor will protect the cockpit of the helicopter and the passenger (cargo) compartment, guaranteeing protection from small arms weapons caliber 7,62 mm. The new protection is based on a Russian non-combustible composite material that is resistant to corrosion and wear, and also has a low weight. A set of new armor for the helicopter weighs only 230 kg. At the same time, it is easy to install and reliably protects.

Another advantage of Russian protection is the ability to use it in various climatic conditions. Armor does not lose its properties in the temperature range from -50 to +50 Celsius.

The developed system guarantees a high level of protection for crew members and passengers from small arms bullets up to 7,62 mm caliber (...) The protection system is reliable, easy and simple to install
- the message says Rostec.

As noted, the production of armor has already been launched at enterprises that are part of the Russian Helicopters holding.