General with a fad on the plates 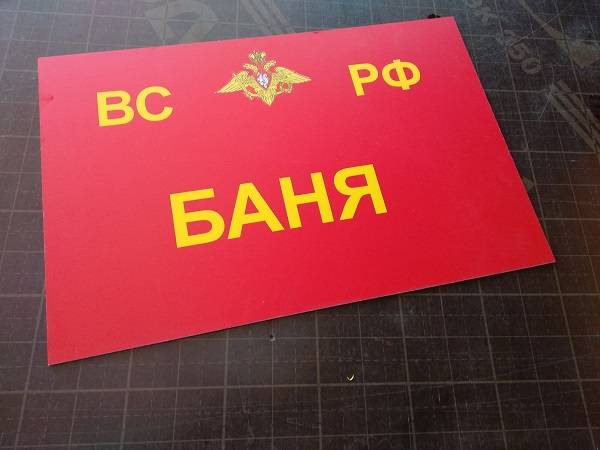 I started reading early as a child and read a lot.

I read a lot not only as a child, but also in adolescence, and in my youth, and in adulthood, and even now I read a lot if I find something to read.

From the fact that I read a lot, I already at a fairly young age knew how to spell such words as “lisapet, calidor and labalatoria” correctly.

In general, I will say without false modesty - I still have not lost that knowledge and often use it in everyday life.

And now let me return to the realities of my last military service, to one of those episodes that made my personal service a little more fun.

I will tell you about a visit to the headquarters of our regiment by a general recently appointed to the post of chief of staff aviation Pacific fleet.

The general, as usual, was sent from the western regions of our country, since here, in the aviation of the Pacific Fleet, generals were born badly. Not that they were not born at all, but there were few of them, and they were not promoted anywhere, since those generals were capricious and irreverent, in general, somewhat wild by Moscow standards.

The forge of generals in naval aviation was the court division in Bykhov, where all the Moscow authorities flew for flights and recreation, and there, in the comfort of a dispensary, personnel issues were resolved. I should note that this is not only my personal opinion, but all this is already in the past.

So, the newly appointed Chief of Aviation Staff of the Pacific Fleet got acquainted with the new garrisons, started from Primorye, then flew to Kamchatka and was soon expected in our garrison.

Our command found out from those whom this general had already visited that the new chief of the aviation staff of the Pacific Fleet had his own personal fad - he would turn on the correct signs.

And the correct plate on the door in the army and navy is not a cat sneezing for you, this issue is very complex and regulated to the smallest detail. All these little things are indicated in the appendix to the Charter of the internal service, and now I will give you an example of how and what is written in this appendix.

On the day of the general’s arrival, I, the captain, the navigator of the detachment, was at the forefront of the attack, I was in the outfit of “Regimental duty”.

Near the entrance, waiting for the general's arrival, the regiment commander, the regiment's chief of staff, and a number of smaller commanders crowded.

The regiment commander reported to the general that the regiment was engaged according to plan, and all this brethren went up to the second floor to the headquarters of the regiment.

At the end of the line of various commanders, I walked, as if I was responsible for all the mess that was happening today in the regiment.

I had not yet entered the headquarters when I heard the general shout: “Here! That's right! Well done!"

Squeezing through the doors of the headquarters, I saw the general, who was pointing at the plate on the door of the photo laboratory, and the commander of the regiment smiling broadly. And even I was a little proud of the correct plate at the headquarters of our regiment.

When the whole crowd of chiefs went into the office of the regiment commander, I went up to admire this correct plate and read in amazement - “photo lab».

Yes, that's exactly what a sailor who was taught to write in the correct type on the correct background wrote and who hastily reworked all the signs in the headquarters at night.

And here I want to remember my favorite book - "Long Shot" by A. Azolsky. It is very rightly noted - "... admirals have different eyes, a different field of view».

But this is me, I want to show my education ...