In Russia, the air-raid is sounding 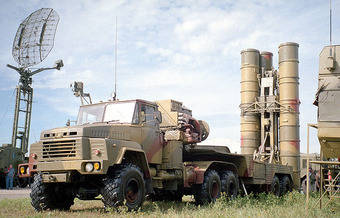 “There is no person responsible for the sovereignty of the country in aerospace in Russia today,” “we have lost more than 300 super technologies in aviation and missile defense ”, the effectiveness of airspace protection has significantly decreased, even over the central region of the country,“ out of 100 enemy aircraft without air defense can go up to 80. " Such threatening data was voiced on Thursday by military professionals - members of the Extra-departmental Expert Council on Aerospace Defense (EKO) of the Russian Federation.

According to the former head of the department of orders, deliveries of military equipment of the air defense forces of Major-General Sergei Kolganov, the concept of aerospace defense developed today several years ago is not provided either organizationally or resourcefully. There is no target program for its implementation. ” And, as the former chief of armaments of the Armed Forces of the Russian Federation, Colonel-General Anatoly Sitnov, said, “EKO was remembered in Russia only after the United States began to test
orbital glider X-37 ”. But even now “everyone is busy with global development of budget funds, and not with the development of new strategic technologies for modern space systems, reconnaissance satellites, rocket attack warnings ... Chastnik doesn’t do it with hand. He comes to cut the budget money and pass in the scrap that got it. Where did our reusable aerospace system created by Molniya, where did Mriya, our orbital ship, go? ”

The aerospace defense system should be created in Russia under the unified command of the Airborne Commander-in-Chief, Army General Anatoly Kornukov, ex-commander-in-chief of the Russian Air Force, said: “At one time, the entire rocket and space defense was in the same hands — the commander-in-chief of the air defense. He was responsible for air defense, and for the RKO. Now the ideology is inexplicable: everyone dies alone. There is no person who is even responsible for air defense. ”


According to him, at the meeting of the Military Industrial Commission two organizational and staff structures for the East Kazakhstan region were considered. The first option is to create a type of aerospace troops with the inclusion of air defense, fighter aircraft and rocket-space defense. The second option is to transfer the rocket and space defense forces (the 3 army of the missile attack warning system) to the Air Force. The second option, in his opinion, is preferable. In this regard, the Air Force may change its name, it will include the words on aerospace defense. “I think it will happen soon” - either let out, or suggested the ex-commander in chief.