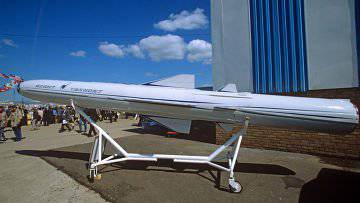 The newspaper “Rinascita”, through its correspondent, who was the first Western journalist who entered Syria in October, when allegations of repression were heard everywhere, repeatedly covered the events taking place there. Our correspondent as a direct witness with his reports from the Golan Heights, from Hama and Damascus, was able to refute the interpretation of the events of the Arab spring, allegedly directed against the Arab Socialist Renaissance Party (Ba'ath). Other testimonies are coming these days from Syria in support of the non-existent "state of tension" on its territory, which the White House and the Western media say.

According to the report by Stefano Vernole, “in the capital there is no trace of either mass or group demonstrations. The police do not use the garrison. Road traffic is regulated only by city police. The first who could be convinced of the existing reality were the delegates of the League of Arab States, who, smiling, left the presidential palace without protection. ”

Let us set aside the fake news spread by the news agencies Ansa and Adn-Kronos, which are complemented by the noisy lies of the so-called “big print” of Italy and proceed to analyzing the first of many serious obstacles that would have been prevented from outside by loudly proactive military attacks on Syria from outside. Such an obstacle is the Yakhont anti-ship missile.

Engineering NGO designed and created this rocket for the Russian fleet and the army. Before exporting it in small batches to Indonesia, Vietnam, Iran, and Syria, permission from the Kremlin was obtained, since this missile is considered strategic weapons. It was renamed P-800 "Onyx" (according to the NATO classification SS-N-26), and the NPO Mechanical Engineering is doing everything to avoid its advertising.

The explanation for this is simple. This weapon with excellent technical characteristics, ahead of 10-12 years of weapons of this class, created in the United States and Europe. Against these missiles, the “great powers” ​​do not currently have defenses capable of neutralizing them on the way to the target.

This rocket is difficult to detect with the latest generation of American-made radars, such as the Aegis. When the rocket is discovered, there is too little time left before the ship defeated by “Yakhont” to even organize the protection by electronic means.

To prevent the rocket from being detected by satellites, the thermal emission of the engines was reduced to a minimum. In addition, it can fly at a height of five meters above sea level under certain conditions.

Consequently, it is almost impossible to direct the fire of ship guns of the 30 mm caliber, even with several barrels and with rapid aiming against an approaching rocket. The Pentagon’s missiles designed to intercept the Yakhont, simulating similar characteristics in flight, proved ineffective.

The gap in armaments between Russia and the US-NATO did not occur due to the technological superiority of Moscow to the West, but due to the lack of a research and funding plan in this sector, which for years was considered because of the low level of shipwreck threat from the "enemy" for the Pentagon, and for the North Atlantic alliance. Meanwhile, the Russian side developed a military strategy capable of implementing high-performance weapons in order to hit the enemy’s weak points.

These projects began to be developed several months after the explosion of the CSSI. The best anti-ship missile adopted by the whole West does not exceed the speed of 864 km per hour today.

In general, the comparison between the American “Harpoon” and “Yakhont” is not in favor of the first in all its technical characteristics. Yakhont hits the target first.

The versatility of the Yakhont PKR implies the possibility of launching it from diesel submarine torpedo boats, from surface ships and boats, from aircraft and from coastal launchers.

In particular, the 24 of the Su-27, the 8 MiG-31 and part of the MiG-29 aircraft with which the Damascus Air Force is equipped can easily be equipped with Yakhont missiles as a result of small modifications.

This entails the fact that the radar screen allows you to nullify the threat of the enemy to extend the 300 km, which is achieved by the radius of action of air-rocket launchers, by another several hundred kilometers.

Another consequence is that any enemy warship finds itself in a situation where it can undergo a destructive air attack without the ability to protect itself.

Typing in flight speed in 2,6 Ma (more than 3 thousand km per hour), "Yakhont", reaching the final segment of the path (40 km), accelerates to 750 m per second, which leads to a terrible impact on the strength of destruction.

In general, "Yakhont" can sink ships of small and medium tonnage, such as corvettes, frigates and destroyers, and cause serious damage to ships of greater displacement. The 45 charge caliber at the exit of the barrel reaches a speed of 270-350 m per second, and no one has yet been able to follow its movement.

To understand how much kinetic energy is directed against the target, it is enough to substitute 2 tons of weight into the equation Ec = ½ m V3, the consumption of three quarters of the fuel by an air-jet engine, the weight of the warhead, which, according to various sources, ranges from 270 to 300 kg. Having talked about the most essential, we turn to the first of the bad News for NATO and Israel.

In Syria, there are "Yakhonty", Iran has owned them for 6 years. Tehran has 11 (eleven!) Operational anti-ship systems of a larger and smaller radius of action, capable of releasing warheads, an 3 with an invisible profile. The latest anti-ship cruise missile is the Qader. Just click on the Internet on Iran Youtube and you can see a video about it.

Here is what the “Palestina Felix” blog reported (it goes without saying that without Zionists ...) 27 this February: “Despite the constant pressure of the rich and powerful Jewish lobby living in Russia (in fact, the strongest pressure comes from Washington, The author’s author’s note), a Kremlin spokesman, confirmed the agreement for the delivery of the Y Xont P 800 missile system to Syria. The latest statement confirming this event was received on Saturday from Defense Minister Anatoly Serdyukov, triggering the alarm on the “Israeli” side. Indeed, the Jewish state, after its success in sabotaging the agreement between Russia and Iran, when it managed to cancel the agreement signed by President Putin for the supply of the S 300 medium-range anti-aircraft system, which anyway reached Tehran in a roundabout way, apparently results, but failed to achieve the same in the case of Syria.

To all of this, we must add a project in the preparation phase of the most complicated, as the Iranian side at least, anti-missile defense system “Bavar 373” claims, possibly to compensate for the insufficient number S 300 P 1, Pm 1 and 2 to fully provide air defense at high altitude and at a great distance from the country.

In addition, Iran has all the conditions for creating its own missile technologies, knowledge for a further leap forward in this sector in order to quash dependence on “friendly” states.

During the presidency, Medvedev with his "no" for the supply of S 300 Tehran was led by the nose, to which was added the painful management of the construction of a nuclear power plant with 1 000 megawatts in Bushehr, which was completed by Atomstroyexport after 16 years of work, accompanied by political pressure from the US and Israel on Russia .

Let’s see what else “Palestina Felix” reports. "This time historical ties between Moscow and Damascus dating back to the times of the USSR overpowered the pressure of the oligarchs, bribed by the Zionist state. ” "Syria has received 5 mobile systems with 75 missiles."

A print specializing in this issue will strangely report on Yakhonta 76. Reliable sources will report 175 units arriving by ship to the port of Tartus to complete the supply of the intended 225 units. About the remaining 50, which were to be delivered in accordance with the contract, and not delivered due to the temporary impossibility of delivery by the NPO mechanical engineering, nothing is known.

If a gun is bought, then cartridges are usually attached to it. The most expensive part is the gun itself, and as a percentage, its ammunition costs little or nothing.

In the anti-ship system, the price of a single rocket, which does not need an expensive control system, in search radar and pickup system, as well as in anti-aircraft and missile defense, is generally correlated with the price of the platform as 1: 7-10. Consequently, it is quite natural if, in addition, spare “Yakhonts” are given in case of war, which involves recharging the launch systems.

Buying 225 units, Syria foresaw the depletion of its financial capabilities to acquire and use Yakhontov. With a high degree of probability, the green street, given by the Kremlin, was the result of pressure from Prime Minister Putin, who insisted on the fulfillment of the treaty signed with President Assad in 2007. His performance Medvedev sought to delay. At the same time, it cannot be ruled out that the delivery of 27’s February 2011’s most sophisticated weapons to Syria was an additional reason for the US-NATO attack on Libya in anticipation of Yakhontov’s supplies, since Russia had an obligation to supply the Libyan army with weapons capable of significantly hampering external military aggression.

Such aggression Gaddafi feared long before the signing of an agreement with Berlusconi in Rome 30 August 2008.

We will not comment on the Cavalier, who tried to get out of the situation after lynching the Libyan leader and his family with the humiliating commentary “sic transit gloria mundi” (lat. So worldly glory passes) in order to protect their political, financial and legal interests. Everybody sees what he has come to today: the complete surrender of their positions, a person who has turned out to be not up to the mark that befits the head of state or the caustic “production captain” who leaves politics.