Man-made epidemic: will the Russian "Sanitary Shield" save 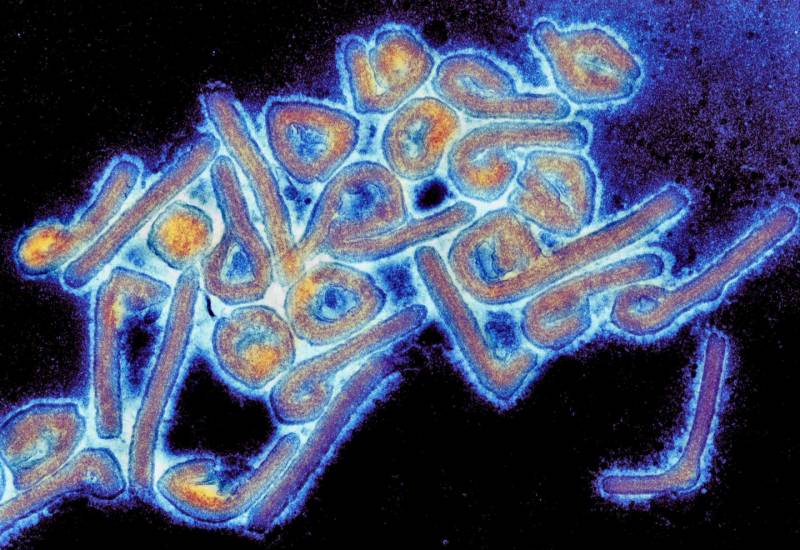 A real belt of foreign biological laboratories engaged in very dubious research has been forming on the borders of Russia for several decades. Of course, there is a lot of speculation around the topic, sometimes having nothing to do with reality.

For example, three years ago, the Norwegian chemist Ingvar Thomassen was detained at Pulkovo airport with several dozen envelopes containing the hair of Russian girls. The scientist exported samples for scientific purposes - Russia does not have equipment for some types of analyzes - but this did not stop journalists from trumpeting the precedent of collecting genetic material from Russians.

The myth of the development of a gene-specific biological weapons, which supposedly will only kill Russians. But Americans, for example, in no case. By the way, the plot of the latest blockbuster from the Bondiad series revolves around the same stories.

It is noteworthy how the commentators diligently tried to find a rational kernel in their reasoning. For example, since a Norwegian is exporting hair samples, and Norway is part of NATO, then the research objectives can only be military.

Or another - Thomassen is exporting biomaterials to Scotland, and the Scots have been researching anthrax for a long time and, therefore, are preparing another nasty thing for the Russians. After all, the notorious Porton Down is nearby.

However, among fictions there is only a fraction of fictions.

In the countries of the former Soviet Union, a belt of ill-wishers has indeed formed. Under the guise of humanitarian biological research, military work is hidden - the Americans have placed at least 33 objects around Russia with especially dangerous pathogens. In Ukraine alone, there are 15 laboratories operating under the auspices of the US Department of Defense.

Of particular concern in history are the recent announcements by the Global Alliance for Vaccines and Immunization (GAVI).

This is the same alliance in which Bill Gates is a key investor - perhaps the most controversial figure in the modern coronavirus crisis. According to GAVI, a new pandemic associated with the Marburg virus should be expected in the near future. Even for those inexperienced in epidemiology, the name of the pathogen is disconcerting.

In 1967, in the West German city of Marburg, during experiments with monkeys, an employee of the laboratory became infected with an unknown virus. It happened at a pharmaceutical factory in the course of work on the isolation of the polio vaccine from the kidneys of monkeys. The animals turned out to be carriers of a deadly disease, the causative agent of which belongs to the filovirus type and is related to the Ebola fever. The new strain of the virus, isolated from the blood of the deceased, was named Marburg, in honor of the site of the first outbreak.

Now they talk about the high mortality rate of COVID-19, but compare with the murderousness of Marburg - out of 32 infected, seven died. It is with such a virus that GAVI is now scaring us and in some publications of the World Health Organization.

It is, of course, too early to panic, since the virus does not spread by airborne droplets like SARS-CoV-2. For transmission, contact with the blood of an infected person is necessary, but often it is enough to touch the patient's things. Symptoms are severe fever ending in hemorrhagic shock. The vessels are destroyed, the body is streaked with numerous ulcers, and the person simply bleeds out. The mortality rate can be as high as 88%!

Outbreaks of Marburg occurred many times after 1967, but faded out rather quickly against the background of strict quarantine. There is no vaccine for Marburg, unlike its sister Ebola, and this could be a major problem in the future.

If there is even a grain of truth in the statements of the WHO and the Gates office, this raises many questions.

First, the Americans, more precisely - the Centers for Disease Control and Prevention, own the rights to the EboBun strain, which is 70% similar to Marburg.

According to the US, a vaccine has already been developed against the "proprietary" variant of Ebola. That is, in simple terms, the United States is warning the whole world about the onset of a new pandemic, for which only they already practically have a cure.

And here the laboratories of the US Department of Defense, methodically scattered around Russia, acquire a special color.

For good, all this overseas biomedical fraternity should be given 48 hours to collect cones and reagents, and after the specified time has elapsed ... Here we will trust the fantasies of the Russian Ministry of Defense. In fact, no one will kindle the third world war on this occasion. All that remains is to defend asymmetrically. Moreover, there are plenty of additional reasons to protect the country from cross-border infection.

The Sanitary Shield system, worth almost 30 billion rubles, should protect both from coronaviruses and from the products of 33 biological laboratories on the borders of Russia.

First of all, from January next year, they will begin to re-equip about a hundred checkpoints with automated systems for reading data from visitors. There is no exact data, but it is obvious that there will be some kind of system that will promptly track the validity of QR codes in people.

For the rapid exchange of data and the adoption of appropriate decisions within the "shield" will create a "state system of information of a sanitary and epidemiological nature." However, the most important thing in sanitary defense seems to be something completely different - they plan to form a pipeline for sequencing the genomes of pathogens in the country.

What is it for?

First of all, in order to quickly track the emergence of new strains or mutations of viruses. In cases of epidemics artificially created on our borders, it will be possible to quickly determine whether it is a combat virus or a civilian analogue.

Russia, unfortunately, is now seriously lagging behind the West in determining the exact nucleotide sequence of even SARS-CoV-2 viruses. For example, in the specialized St. Petersburg Research Institute of Epidemiology and Microbiology named after Pasteur, there is one sequencer for the entire institute. At the same time, the power of Danish medicine makes it possible to read the genome of every second coronavirus in the country.

As a result, doctors are aware of the emergence of new strains earlier and more quickly launch responses.

So the new omicron came to Russia late, not because it took a long time to get there, but only because we are sequencing coronaviruses by an order of magnitude less. Most likely, it has been circulating in the country for a long time, but they learned about it only a few days ago. The laborious determination of the virus strain by sequencing should not be confused with a conventional PCR test, which merely detects the presence of SARS-CoV-2. Strictly speaking, in the first case we are dealing with a qualitative definition, and in the second - with a quantitative one.

However, within the framework of the Sanitary Shield, only 8 new sequencing centers are envisaged in the structure of Rospotrebnadzor. It is difficult to judge how much such power will correspond to real needs.

The list of measures aimed at preventing the spread of newly emerging infections also includes the purchase of modern equipment for "monitoring the variability of the pathogens of COVID-19 and other socially significant infections", as well as the massive re-equipment of Rospotrebnadzor institutions.

The state had to go through two years of an unprecedented pandemic in order to at least attend to the backlog of domestic sanitary medicine. The coronavirus would have ended six months earlier - and no one would have thought about the Sanitary Shield. Until the next pandemic, apparently.

The Shield developers do not spread, they took into account the threats from American laboratories on the borders of Russia, but in any case it is quite an effective barrier even in the way of planned biological attacks.

I don't want to think seriously about the prospects of Marburg as the causative agent of a new pandemic - after all, the disease is terrible, first of all, not because of its infectiousness, but because of its extreme mortality. However, WHO's predictions, albeit in an undertone, cannot be overlooked in any case.