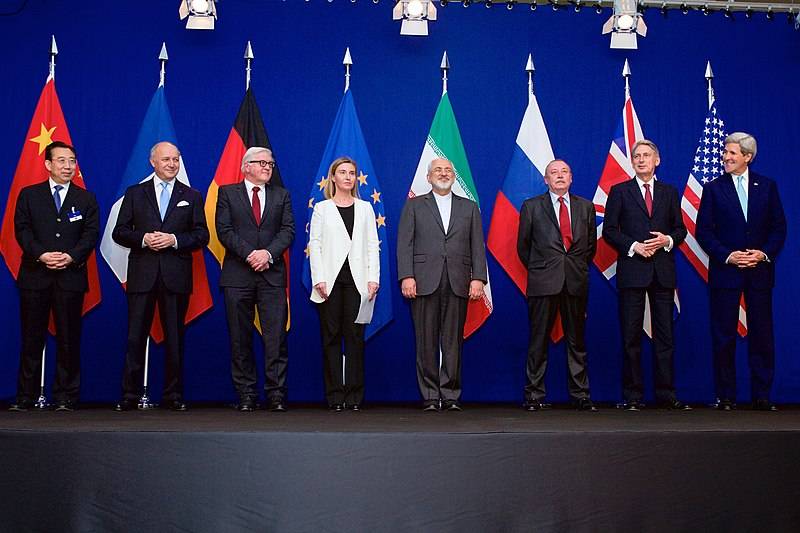 Photo: US Department of State / flickr.com

Vienna has resumed the next, already the seventh round of negotiations on a return to the notorious nuclear deal. Iran, after several controversial speeches in the early stages of negotiations, is now effectively demanding guarantees from Washington that there will be no repeat of Trump's demarche.

Iran, as you know, is ready to return to the implementation of the provisions of the JCPOA - the Joint Comprehensive Action Plan, better known precisely as the nuclear deal. And this, of course, will happen as soon as Washington pushes the "lifting sanctions" button.

However, the definition “the framework within which the US will revert to this agreement", Which was scheduled with the arrival of Democratic President Joseph Biden in the White House, is clearly delaying. At the same time, we have to constantly remind that Iran is much more interested in returning to the nuclear deal than the United States.

For the American side, the JCPOA is, with some minor additions, nothing more than a matter of international prestige. One can once again appear in the image of a fighter for the cause of peace and democracy, including the non-proliferation of nuclear weapons.

For Iran, a return to the deal is vitally important, and not just because of the desire to enrich uranium, this is something they are doing there at the very least. The main thing for Tehran is to obtain technologies, equipment and even a number of materials that are not in Iran by definition, as well as to open markets for nuclear exports.

Energy, medicine, water desalination - the atomic gentleman's kit is well known. And in principle, it would be quite enough for Tehran to have China and Russia as partners, remember the 3 + 3 formula that Iran adhered to with respect to the nuclear deal.

Not at all 5 + 1, and certainly not 6 + 1 with the addition of Germany. However, firstly, even in this case, the pace of advancement of the nuclear program will be clearly insufficient. And secondly, neither China nor Russia is at all ready to sacrifice everything, even for the sake of Iran.

As you know, at the beginning of autumn, Iran announced the start of uranium enrichment to the level of 60% required for use in a research reactor. In this regard, the IAEA was even required to clarify that

"Uranium enriched to 60% is not yet considered weapons grade, but the level of enrichment is already quite high." Photo: Tasnim News Agency
The very same deal, which before Trump was looked upon as the least of evils, is now regarded by many as a blessing, moreover, a precedent in case new people wishing to join the atomic club appear.

According to Raphael Grossi, head of the International Atomic Energy Agency (IAEA), this is perhaps the most important thing. That is why the IAEA expects a more adequate approach from Washington.

The future will never come

Tehran can afford to drag out for as long as it wants. At the same time, the American president, even one as tenacious as Biden, and European leaders always have limited resources. Democracy, elections at the most inopportune moment, unpredictable electorate.

Donald Trump was in a rush to withdraw from the nuclear deal for a reason - he felt something, as you can see. The British prime ministers and the French president rushed in response. An example of calmness was only the German Frau Chancellor, who once launched a trend towards the elimination of nuclear energy in Germany.

But she was hooked on her chair in such a way that it is time to envy the Iranian spiritual leaders, the Belarusian dad, and even the Russian president. And now, without Merkel, even with a crowd of “greens” in power, the German atomic renaissance is practically a settled matter (New Germany - Atomic Renaissance).

By the way, the Germans have nothing to do in Iran without him. Moreover, the already very long experience of building a nuclear power plant and a research center in Iranian Bushehr, which from Germany safely passed under the wing of Russia, showed that the Germans, fortunately, have not forgotten how to skimp.

And they do it, on a command from Washington, at every opportunity. A very real self-elimination of Germany could return the deal to the forgotten 5 + 1 format, when the lonely Iran was opposed by the entire UN Security Council. But this is only in the case of the long-awaited return of the United States.

Germany does not withdraw from the negotiation process, it seems, only for the sake of maintaining its prestige. The business, one way or another involved in the nuclear industry, has not yet come out, and for a long time will not come out of the pressure of the old trend of abandoning the atom in the energy sector.

Therefore, the "green" and in a certain situation can even achieve the impossible - to withdraw Germany from the nuclear deal. It will not be just a sensation, but a truly tremendous success of the global environmental movement.

However, the very recent experience of how the leaders of the Soyuz 90 / Greens party turned their backs to the United States, and to Nord Stream in front, rather speaks in favor of a completely different perspective. Nevertheless, the Iranian press periodically pops up an interesting formula for a new nuclear deal - 3 + 2.

Here the alignment is already extremely simple. In the top three with Iran are friendly Russia and China, which continue to cooperate with the Islamic republic, even despite the approach of Iranian specialists to the threshold of enriching uranium to weapons grade. And the two are France and Great Britain, where business from a break with Iran loses just a lot, not gaining anything at all.

And the past remains in the past

Observers who are scrupulously following the process of returning to the JCPOA believe that for now it is necessary to be content with the fact that the Americans are generally present when discussing key issues. Regularly transmitting to the participants certain proposals from Washington.

In fact, they all look more like ultimatums. That is why it is possible that the American side is also playing for time, seeking only to emphasize that its ability for constructive negotiations has not been completely lost.

Making an excursion into the past, it remains to remind once again that the JCPOA was adopted not so long ago - in 2015. Then the vice-president of the "peacemaker" and by no means an accidental Nobel laureate Barack Obama was "himself" Joseph Biden. 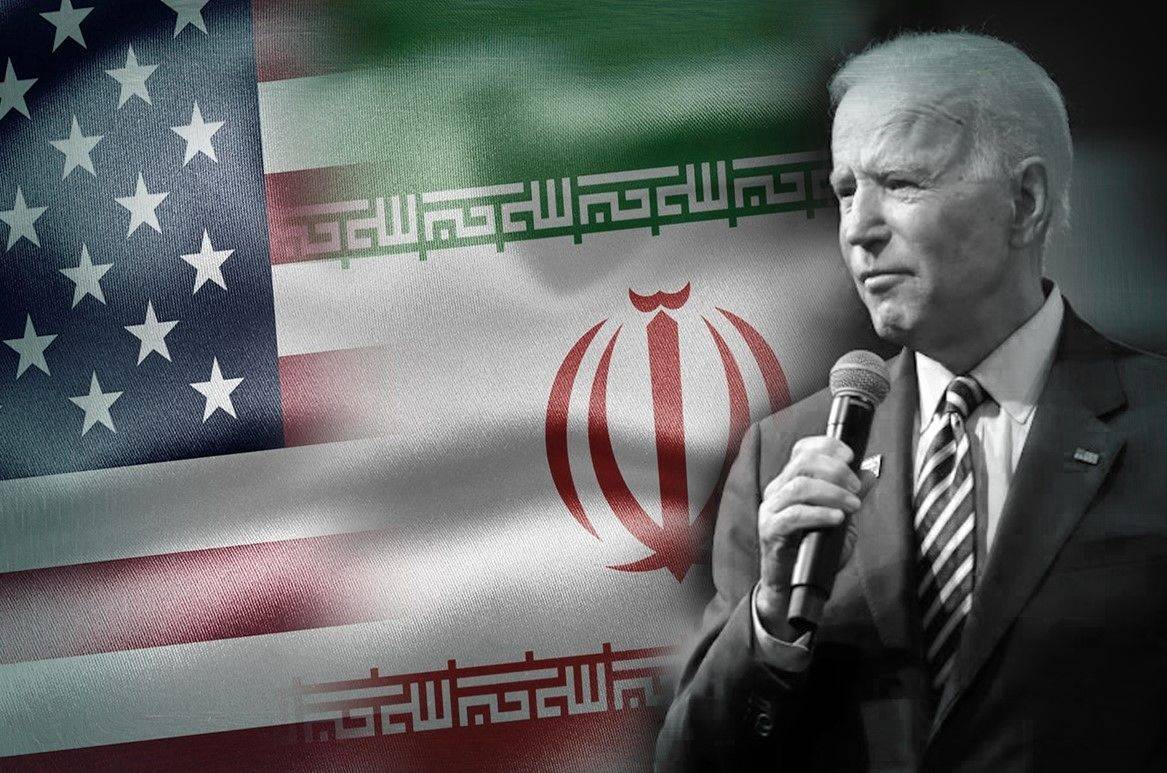 This enviously energetic senator from Delaware became the number two politician in the United States at the most suitable age - only 66 years old. He sat down in the presidential chair, of course, a little late, but his energy was clearly not completely wasted.

Biden immediately set about breaking down Trump's "heavy legacy" and reviving what was done under Obama, including the nuclear deal. However, Democrat Biden, like Republican Trump at first, began with deliberately tough demands on Iran - and now we are talking about a complete return to the status quo of 2018.

In the East, as you know, this happens extremely rarely. In the end, did the Iranian specialists work in vain? Moreover, even now the Iranian nuclear program is quite clearly focused on energy, research and medical projects, as well as projects for desalination of sea water. 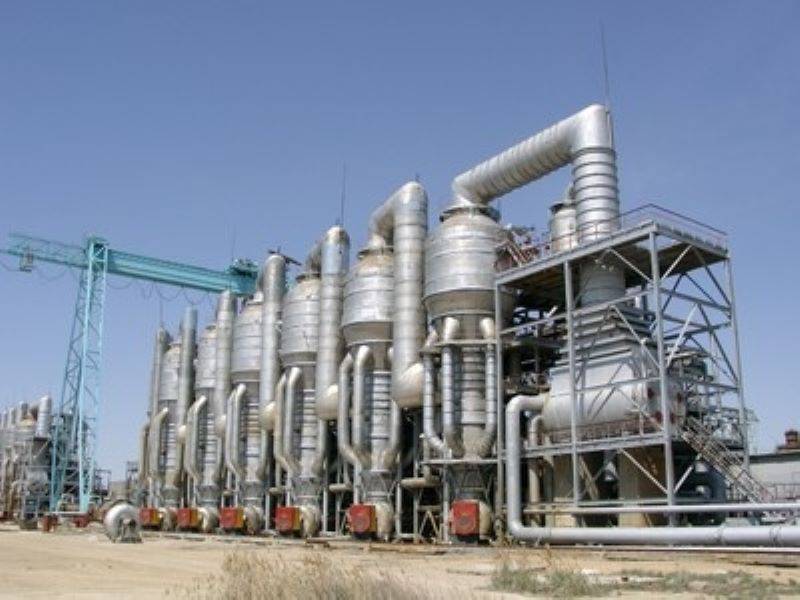 The latter are so promising that for their sake, Saudi Arabia is ready to show tolerance for an allegedly "aggressive regime" and even, you will not believe, in Israel, which for years has been teetering on the brink of a direct clash with Iran.

By the seventh Vienna round, the administration of US President Joe Biden once again reminded of its readiness to return to the nuclear agreement. Provided that Tehran will fully comply with the terms of the JCPOA. Iran said in response, also once again, that the first step is for the United States.