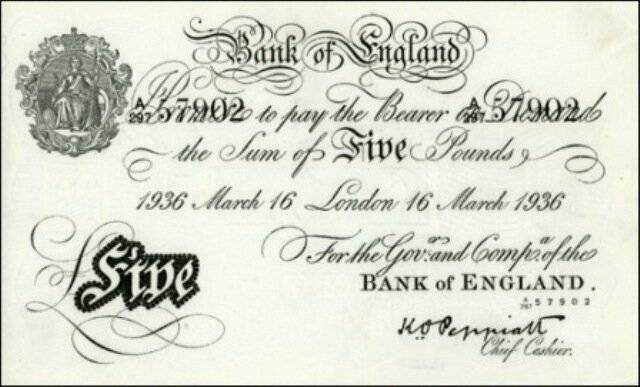 Counterfeit money appeared almost immediately after real money. History money knows a lot of bright fakes, real masterpieces, created by single craftsmen and well-organized groups. However, the fakes that are closest to the original have always been issued by states.

State counterfeiting has been known since ancient times. Both in ancient times and in the Middle Ages, rulers lightened gold and silver coins, or added less noble metals to them. For example, the French king Philip IV the Handsome (reigned from 1285 to 1314) had another nickname - "Red Nosed". The king ordered to lighten the gold coins, there was copper inside them - a thin gold surface was quickly erased and copper showed through, first of all, on the prominent part of the coinage - the monarch's nose.

It happened that damage to a coin led to riots and uprisings. So, in Russia, the monetary reform of the government of Alexei Mikhailovich (the release of copper money at the price of silver) and the massive release of unsecured copper money, including by high-ranking counterfeiters, led to the Copper Riot of 1662.

Counterfeiting has also been a long-standing method of warfare.

So, the Commonwealth during the Troubles minted Russian coins of reduced weight. Sweden did the same. The secret minting of counterfeit Russian money was organized with the aim of maintaining their troops and obtaining additional income.

During the Seven Years' War (1756–1763), the Prussian king Frederick II was noted for the large-scale production of counterfeit money from hostile states. At the mints of Prussia itself and in other principalities, more than 200 million fake Reichthalers were made. The most popular was the middle Augustodore (gold coin), which was minted in 1755-1756. Its weight during the war was reduced from 6 to 4,2 g. Merchants, focusing on the pre-war date, took them without hesitation. It was a relatively easy way to deal with financial difficulties and finance the war.

Other German states followed the example of Prussia. As a result, the uncontrolled issuance of money and massive damage to the coin led to the collapse of the financial system in Northern Europe. But Prussia withstood the burden of the war and ruined its neighbors, shifting part of the war costs onto them.

The French ruler Napoleon Bonaparte also actively used fakes. Counterfeits were used to finance wars and as an instrument of financial and economic war, in order to weaken the economy of an enemy country.

The French counterfeited the money of their main opponents - the Austrian Empire, Prussia and England. Before the trip to Russia, they started to counterfeit Russian banknotes. Forgeries were printed in Dresden and Warsaw. Counterfeit money was also printed in the field printing house. "Napoleonki" were actively used to purchase food and fodder from the local population.

When, after World War II, the Russian government began to change banknotes, 70 million rubles more was seized than the treasury released. True, the fakes were notable for their low quality of execution, in particular, there were grammatical errors.

During the Russo-Japanese War of 1904-1905. the Japanese distributed counterfeit Russian rubles in Korea and Manchuria. The local population had little knowledge of the money of the Russian Empire, and it was easy to deceive them.

Before the outbreak of the First World War, Russian banknotes of 10, 25, 50, 100 and 500 ruble denominations began to be produced in Vienna. Germany also produced counterfeit money during World War II, in particular American dollars, which were thrown into the United States.

In the 20s, the German and British special services were engaged in counterfeiting Soviet funds for the purpose of economic sabotage. So, in the printing house of Frankfurt am Main, the mass production of USSR money began. However, foreigners were let down by the comparatively high quality of counterfeits. In Soviet Russia, they quickly discovered that the forgeries were not made by local specialists using handicraft methods, but came from abroad. Law enforcement agencies carried out a number of operational-search measures, detained distributors and closed the channels for the supply of counterfeit money.

Also, before the outbreak of World War II, the production of counterfeit funds was often associated with White émigré organizations associated with the special services of the West, interested in destabilizing the situation in Soviet Russia. Counterfeit Soviet money was made in Poland, Hungary, France and Manchuria.

Fake chervonets were smuggled into the USSR.

Counterfeiters from the Third Reich

During the Second World War, the activities of counterfeiters of Nazi Germany took on a large scale.

Before the invasion of the USSR, it was decided to print Soviet rubles in the Reich in order to provide the troops with means of payment. The Germans could not create a high-quality "watermark" depicting Lenin. In addition, a rationing system was in effect, and counterfeit rubles were mostly dead. The 1947 monetary reform finished off the fakes.

Also, the Nazis made fakes in the occupied countries and even forged the money of the allies.

However, the allies did not disdain such methods.

The British dropped counterfeit ration cards over Germany, causing disruptions in the supply of the civilian population.

The main target of the Germans was the British pound. The British pound sterling was the world's currency at the time. Therefore, the Germans went to great lengths to manufacture counterfeit British pounds. The operation was secret, so the world community learned about it in 1955, when the memoirs of one of the leaders of the SS, Wilhelm Hethl, came out.

The idea to bring down the reputation of the British pound and cause the financial collapse of Great Britain was born in 1939 in the department of the head of the General Directorate of Imperial Security, R. Heydrich. The money was proposed to be dropped onto enemy territory from the air. With Hitler's consent, Heydrich created a special group. The operation was named Andreas. The project was led by SS Sturmbannfuehrer Alfred Naujoks and cryptographer Albert Langer. The Germans decided to create a perfect copy of the original and focused on the most common £ 5 bill.

However, it was not possible to create a fake high-quality analogue of the banknote. In addition, at this time in Berlin they still hoped to come to an agreement with London. Starting the war with the Russians, the Nazis wanted to achieve peace with England. Therefore, they have not yet started a "financial war" with Britain.

The project was closed, but in the summer of 1942 the head of the SS G. Himmler resumed the operation. The Reichsfuehrer SS planned to use the money to finance his department, selling counterfeits in neutral countries, and receiving funds for the purchase weapons and strategic materials. 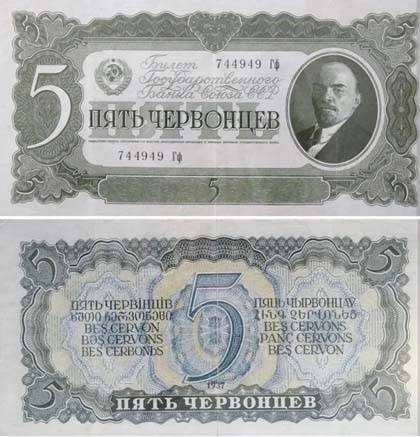 The project was led by Sturmbannführer Bernhard Kruger. The Sachsenhausen concentration camp became the base of the German counterfeiters. Counterfeiting prisoners, specialists in engraving, printing and banking worked on the project. Up to 150 specialists worked in the concentration camp. The fakes were of high quality, and only specialists in their field could distinguish fakes from the original. Banknotes were received in denominations of 5, 10, 20, 50, 100 and even 500 and 1000 pounds sterling. But out of caution, banknotes of the highest denominations were not used.

The total number of banknotes created during Operation Bernhard is, according to various estimates, from 132 million to 300 million pounds.

Counterfeit money was exported abroad, where agents exchanged it for Swiss francs and US dollars, gold, jewelry, bought strategic raw materials, weapons and food. The pounds were also used to buy information, to finance agents and pay traitors. Large consignments of pounds ended up in Italy, where, in anticipation of the collapse of the Mussolini regime, the population willingly bought "reliable" pounds.

The Nazis also tried to counterfeit American dollars. But they were better protected than the British pounds. In early 1945, counterfeiters were able to prepare 100-dollar bills, but did not manage to complete the process before the end of the war.

In March 1945, the object was transferred from Sachsenhausen to the Mauthausen concentration camp in Austria. Production was going to resume in the mountain tunnels. Germany was already in agony and the project was closed. Equipment and money were partially destroyed, partially drowned in Austrian lakes. The prisoners were going to be shot in the Ebensee camp, but they did not have time. Upon learning of the approach of the Allied troops, the camp guards fled. Kruger was arrested by the British, but no charges were brought against him. Soon the former SS man was released and began to work in a printing house.

After the war, the Bank of England did not seek and seize forgeries, and they went along with real money. In this story, there are a lot of dark places, obviously related to the interests of Britain, representatives of big business and former leaders of the Third Reich, who successfully "painted" as civilians, but retained ties with post-war neo-Nazi organizations. 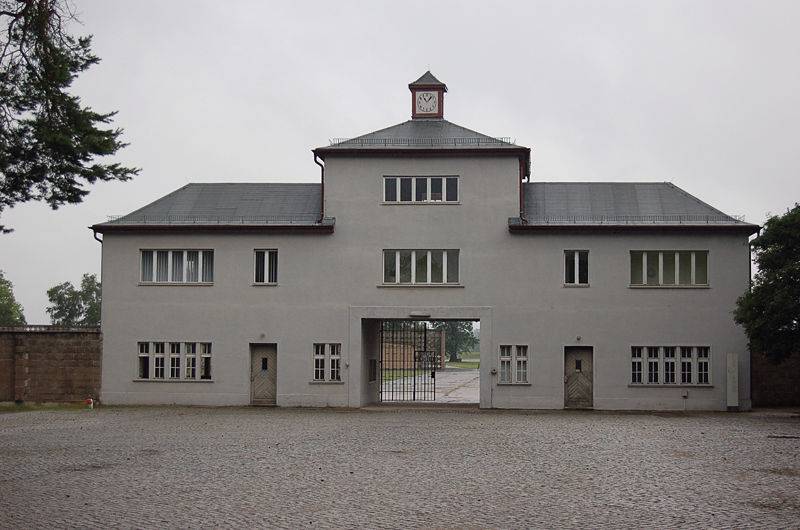