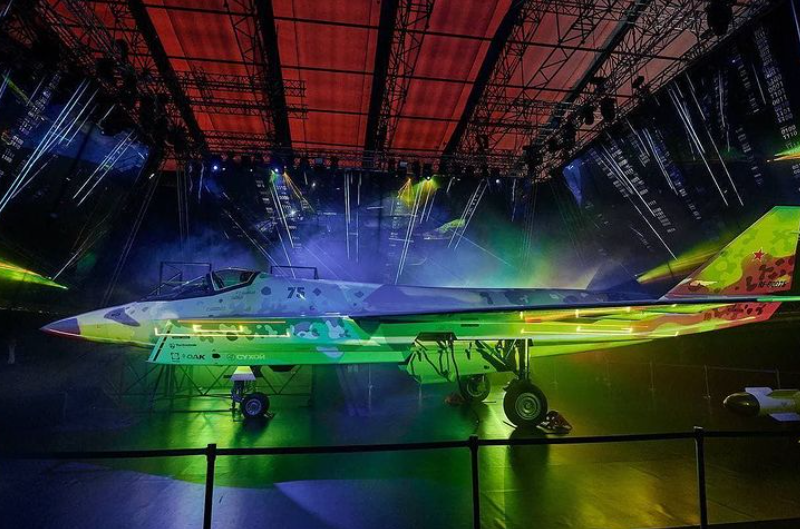 Komsomolsk-on-Amur aviation the plant (KnAAZ) began assembling several promising fifth-generation Checkmate fighters at once. This was stated by the head of the UAC Yuri Slyusar.


Slyusar, within the framework of the Dubai Airshow 2021 launched today in the UAE, said that several copies of the Checkmate fighter are being assembled at the same time at KnAAZ. At the same time, he did not give any details, limiting himself to saying that mass production will begin in 2026.

Thus, Slyusar confirmed earlier information about the assembly of prototypes of a promising fighter in Komsomolsk-on-Amur. Only earlier it was about one sample, not several.

The presentation of the new Russian promising single-engine fifth-generation fighter Checkmate took place in July as part of the MAKS-2021 air show. The aircraft was developed taking into account deliveries to both Russian Aerospace Forces and foreign customers. The declared characteristics: speed - up to 2M, flight range - up to 3 thousand km, payload weight - 7,4 thousand kg. A radar with AFAR, a circular optical and electronic reconnaissance system, a built-in electronic jamming system, an optical sighting system, and a wide-range communication system were installed.