Dress rehearsal of the Russian apocalypse 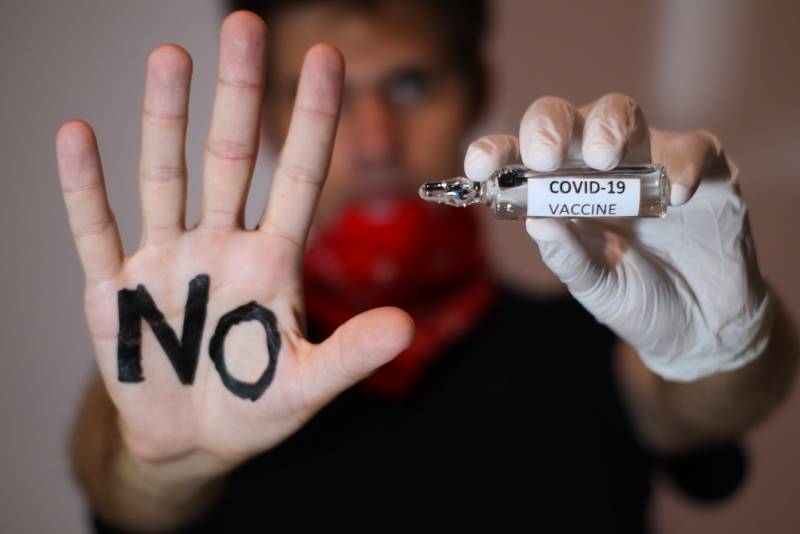 Lessons from the pandemic

For almost two years, the Russians and COVID-19 have been together. It's time to summarize the preliminary results of this tandem, especially since no cardinal events are foreseen on the horizon.

By mid-November, the daily death toll exceeds 1100-1200 people. At the same time, Rosstat claims that Rospotrebnadzor has underestimated mortality data by about 2,2 times. This is due to inaccuracies in establishing the cause of death, and not with the aim of misleading. They are now shouting from literally every iron that Delta and the unconscious population of anti-Axers are to blame.

It can only be added that there is also a third reason - the overload of medical institutions. That is why now they simply do not have time / cannot provide assistance to patients with COVID-19. Delay in this case is like death.

Let's trace the chronology of the events preceding the current pestilence, we cannot name it otherwise.

The state introduces a lockdown, albeit in a truncated form. All vaccine deniers are actually given a last chance to get vaccinated - otherwise restrictive measures will be introduced. But the streets of most cities do not look like quarantine at all - life is in full swing, albeit without schools, museums, theaters and hardware stores.

Hairdressers and other small entrepreneurs continue to work, albeit without advertising their activities to regulatory organizations. The most important thing is that there is demand, then there will be supply. And there is also a considerable demand - citizens have finally come to terms with the pandemic reality and perceived the weekend as a weekend.

If it was possible to break the notorious chain of transmission of the virus, it was only purely symbolic - several regions in a week plunged even more into the covid abyss. No queues were lined up for vaccination stations, and the majority of the population remained, as was the majority of the population. A is power and very significant. It will have to be reckoned with in any case. Both the state and the vaccinated minority.

After the lockdown, the practice of passing through QR codes was spread throughout the country. Even the failure was appropriate at the very beginning.

How do we deal with QR codes?

The most nimble buy fake ones, the rest take it impudently - it so happened that the deliberately unvaccinated, as a rule, are the loudest and most actively waving their hands. In the city's unofficial publics, real instructions have appeared on how to talk to the guards who do not let them into the markets without a code.

Gentleman's set: recording a conversation on a camera, demanding a document where "an order is written", remarks "you have an emergency mode in your store, or what?" and quite banal - "you have no right, I have read the Constitution." Those who have become more experienced refer to the head of the region, who cannot sign an order on compulsory vaccination, since he is an executive power, not a legislative one.

And how is the black market responding to the introduction of compulsory vaccination?

The cost of fake QR codes and certificates has increased dramatically - the demand has grown. From 13-15 thousand rubles are now asked for a fake, and with the introduction of the State Services. The most annoying thing about this is that the scams often include medical professionals - from nurses to heads of hospitals.

However, there is nothing surprising in this. After all, they are also people, some of them want to earn money, and some of them also do not believe in vaccination or, conversely, believe in its danger. However, Russia is not unique in this situation - QR codes are also sold abroad. Maybe for some it will be a consolation.

This is a one-sided game.

On the one hand, government agencies are trying to create all the conditions, and on the other, most of the population says “no need - we'll figure it out ourselves.”

Well, figure it out for yourself. The deep meaning of such shifts in consciousness is not so easy to understand.

We will die out, no matter what

At the end of October, data from a public opinion poll by the Levada Center (entered by the Ministry of Justice into the register of NGOs performing the functions of a foreign agent) appeared, from which the hair on the head moved. 61% of Russians surveyed still believe in weapons the origin of the coronavirus.

It is gratifying that among the respondents the share of those who are ready to be vaccinated has increased. Attention: from 15 to 19%! And this at the end of October, when the fourth and deadliest wave was just gaining momentum. Logic dictates that people who refuse vaccinations should believe in a bright future. But no - only 7% believe that the most difficult thing is over, while 84% are sure that bad things will get worse now and in the future.

Paradoxically, more than half of the respondents do not support the lockdown at the state level. For reference, 1 people aged 636 and over in 18 settlements of 137 Russian subjects took part in the survey.

Let's summarize a typical portrait: "Hold on, it will get worse, but we will die out from biological weapons, no matter what - women give birth to new citizens." Indeed, during the pandemic, we learned a lot about each other. Previously, they simply hid it - there were no suitable cases.

The government also learned a lot about us. It turned out that COVID-19 is not fatal for the country as a public institution. In the end, the country is pushing off from a covid economic bottom and occupying a new niche at the international level. Look at what is happening now on the global energy market and who will take the main bonuses out of the situation.

The Kremlin had to reckon with the opinion of the "anti-Axer" majority. Therefore, we now do not see any serious exacerbation of the sanitary regime - Moscow is definitely releasing the reins. Everyone is waiting for the onset of the plateau phase in the regions and a gradual decrease in the number of cases naturally.

Now about the positive.

There was also a lot of him in this situation. A large-scale rehearsal of the apocalypse has been going on in the country for the past year and a half. During this time, the leadership learned how to quickly build up forces in the necessary points of the country, deploy an additional bed fund, and truly delegate control to regional elites, which was previously a rarity.

Domestic tourism has received a new impetus, and billions of dollars will not flow into foreign resorts such a wide river. In this sense, it is very good that Sputnik V has not yet been recognized in a number of countries.

Not without realizing their own mistakes - the attitude to medicine will never be the same. At least, I really want to believe in it. The doctors themselves tested new treatment protocols, in fact tested the effectiveness of quarantine measures, a full cycle of development and launch of medical products has been created in the country. The hour is off, Russia will turn not into a consumer of pharmaceuticals, but into an exporter.

And most of the population, as the main driver of the madness happening in the country, will continue to look for new justifications for their primordially democratic slogan “my body is my business”.