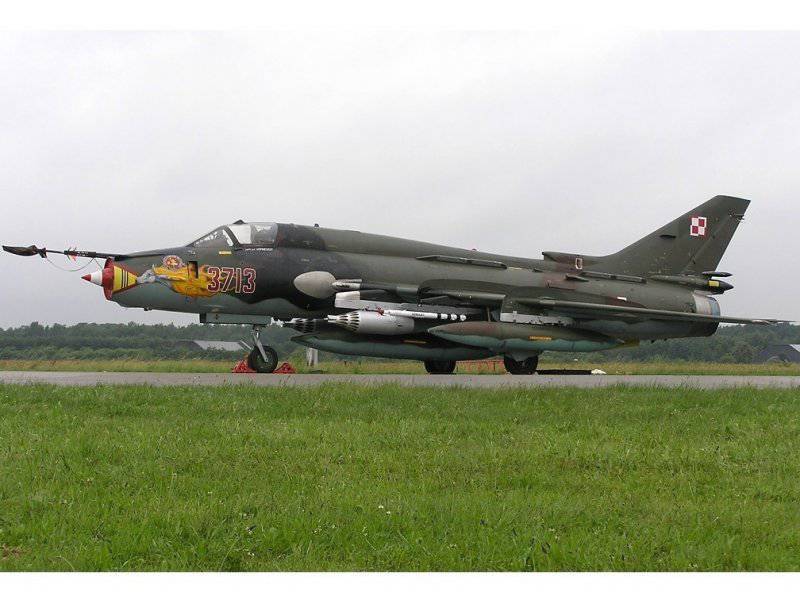 On August 28, the Polish Air Force celebrated its 94 anniversary of its formation.

In recent years, the Polish Air Force undertook measures for their reorganization, as a result of which the relevant structures were optimized. To date, they consist of three main components: air forces, air defense and radio engineering troops.

After the reorganization, the Air Force has four aviation wing: two tactical aviation, one transport and one training. These wings include air bases that act as support units.

Currently, the Polish Air Force has 112 combat aircraft. The most equipped are the three squadrons of the 2 th wing of tactical aviation, armed with 48 multi-purpose aircraft F-16C / D Block 52, acquired by Poland in 2006-2009. Together with the fighters, the AIM-9X Sidewinder, AIM-120C AMRAAM and aerial bombs were also delivered. To this it is worth adding that the airbases on which these aircraft are based have the most modern infrastructure and are the best bases on the European continent.

In addition, 32 MIG-29 and 32 SU-22, which are in service with the 1 wing of tactical aviation, continue to operate in Poland. Polish MIGs are widely used for combat duty in the interests of national air defense and are involved in the mission to protect the airspace of the Baltic countries. In the future, this type of fighter will be upgraded to NATO standards and will remain in service with the Air Force until at least 2025. Note that the first 16 aircraft have already been transferred to the aircraft repair plant number 2 in Bydgoszcz for the first phase of modernization work.

The situation is somewhat worse with the SU-22 strike aircraft that Poland purchased in the early 80s of the last century. These machines have almost exhausted their resources, and the decision to modernize them has not yet been made. According to the leadership of the Air Force, the withdrawal of the SU-22 from service will lead to the fact that the Polish air forces will lose their ability to deliver air strikes, and their intended replacement with drums of the UAV looks like an elusive perspective due to the lack of necessary funds and a small payload of aircraft data .

Meanwhile, the issue of acquiring medium-range UAVs intended for aerial reconnaissance and target designation is also being considered.

Significant changes took place in transport aviation. The AN-26 aircraft were withdrawn from the Air Force, and the C-130 Hercules and C-295М CASA transporters were purchased instead. The reason for these purchases was the need to strengthen the needs of the Polish Army in air transportation and the material support of Polish military contingents abroad, particularly in Afghanistan. However, the existing fleet of transport aircraft - five C-130 and 16 C-295M (11 machines are already in service and five will arrive before the end of 2013), yet does not fully meet the needs of the armed forces. In the future, the issue of acquiring two more A2018M or C-400 strategic aircraft after 17 is being considered.

In addition, there is an urgent need to replace the outdated training aircraft TS-11 "Iskra" with more advanced machines capable of training pilots for piloting not only MIG-29 and SU-22, but also F-16. Despite the fact that one tender for the purchase of this class of aircraft did not take place, the Air Force Command still plans to hold a second one at the beginning of 2013 and adopt new training machines.

To the other most developed and modern component of the Polish Air Force should include radio engineering troops. As a result of the restructuring, the forces and assets of these troops were consolidated into one 3 th Wroclaw Radio Engineering Brigade (consisting of four battalions). The basis of the troops is made up of radio engineering companies and Backbone long-range radar detection posts.

At present, three early warning posts equipped with NUR-12M Polish radars are on combat duty, and from 2013, the remaining three posts will take over, but with Italian RAT-31 radars. Work is also being carried out on the decommissioning of obsolete stations and the staging on duty of more modern radar NUR-15M. To this it is worth adding that after 2018, it is planned to put into service three-coordinate radars capable of operating in passive mode without external radiation.

And the weakest component of the Polish air force is air defense forces. According to Polish military experts, the current state of Poland’s air defense does not meet modern requirements. The Soviet-made anti-aircraft missile systems in service with the air defense forces are morally and technically outdated. These air defense systems are partially capable of repelling an air enemy attack (under certain conditions) and are completely useless in solving problems in the interests of antimissile defense. Add to this the acute shortage of anti-aircraft missiles themselves.

Although the improvement of the air defense system is highlighted in a separate direction in the development program of the armed forces for the 2013-2022 years, it is still necessary to doubt that these plans will be quickly implemented. New anti-aircraft missile systems are expensive, and their deployment will take from 10 to 15 years, provided sufficient funding. However, these billions, necessary for the improvement of air defense, still need to be found somewhere, and where, as yet, no one knows.