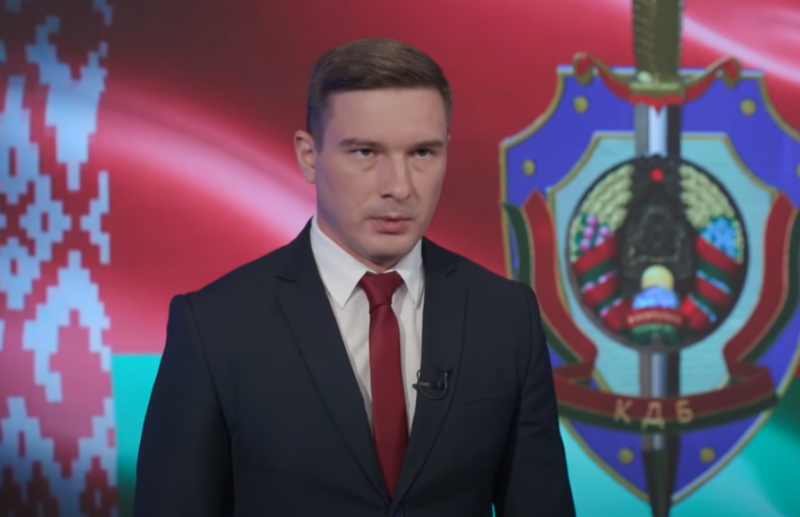 
On the Belarusian state TV channel "Belarus 1" a story was released, in which it was reported that the KGB of the republic was able to identify and detain a citizen of Belarus who was preparing an attempt on the members of the National Assembly, as well as weapons for participants in planned protests.

The detainee is a 47-year-old native of Lida, Sergei Sokolov. During his arrest, a list of potential victims was discovered. The KGB claims that Sokolov acted professionally, observed conspiracy methods, carried weapons with him, and also made several caches of ammunition and weapons for members of "extremist groups."


During the interrogation, the detainee said that he received an offer to take part "in the Belarusian resistance" and "the fight against the regime of Lukashenka" from a certain "Oleg from Kiev", where Sokolov went to meet, funding and orders also came from "foreign customers".

The main task of the detainee was to eliminate high-ranking officials, including judges, police officers, and recognizable media figures.

A criminal case has been opened against Sokolov, he is under arrest in one of the pre-trial detention centers and "gives confessions."
Ctrl Enter
Noticed oshЫbku Highlight text and press. Ctrl + Enter
We are
Reports from the militia of New Russia for 27-28 September 2014 of the yearYuri Drozdov: Russia prepared the role of the sacrificial calf
Military Reviewin Yandex News
Military Reviewin Google News
226 comments
Ad