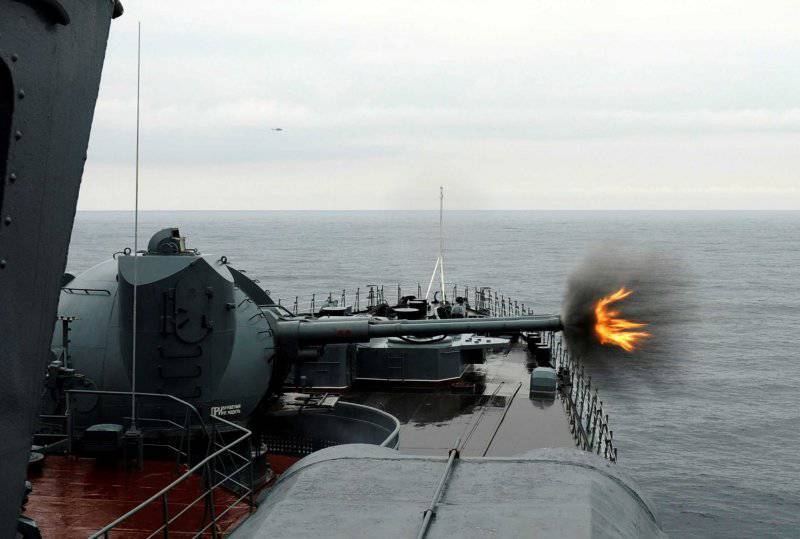 China replaces 100-mm guns of the Type 210 with locally developed 130-mm PJ-38 on its destroyers (and on ships of smaller classes). The 210 type is actually a licensed version of the French 100-mm naval cannon Compact (19-ton and automatic system with a range of 17 kilometers and rate of fire in 78 per minute). China has upgraded it weapon for firing laser-guided munitions as well as unguided munitions with a rate of fire of up to 90 shots per minute. However, the modernized gun Type 210, H / PJ87 has problems with reliability.

The new 130-mm gun borrowed a lot from Russian naval guns, such as the AK-130 automatic naval 130-mm gun. New Chinese 130-mm gun first appeared in the new destroyer Type 52D. The weight of the turret of the new gun is at least 50 tons, the firing range is about 29.5 kilometers, and the maximum firing rate is 40 shots per minute. Laser-guided projectiles can be used, but mostly the gun shoots conventional unguided projectiles.