August 31 2021
5
On September 15, 1916, German troops planned to launch another counterstrike at the Battle of the Somme. The soldiers were about to go on the attack, but suddenly they saw huge metal monsters moving across the battlefield. Panic began in the trenches. That day was the debut of the main weapons XX century - tanks.


The prototypes of tanks were developed long before the appearance of the British "Mark I". Among them are Leonardo da Vinci's tortoiseshell carriage and an armored 120-ton train by the inventor E. Buyen. In addition, the future of tanks was described in some detail by science fiction writer Herbert Wells in the story "Ground battleships". In 1911, Lieutenant of the Austro-Hungarian army G. Burshtyn developed a combat vehicle with tracks, reminiscent of a classic tank, and 4 years later, a Riga designer tested the "Vezdekhod" wheeled-tracked vehicle. However, both ideas were never realized. 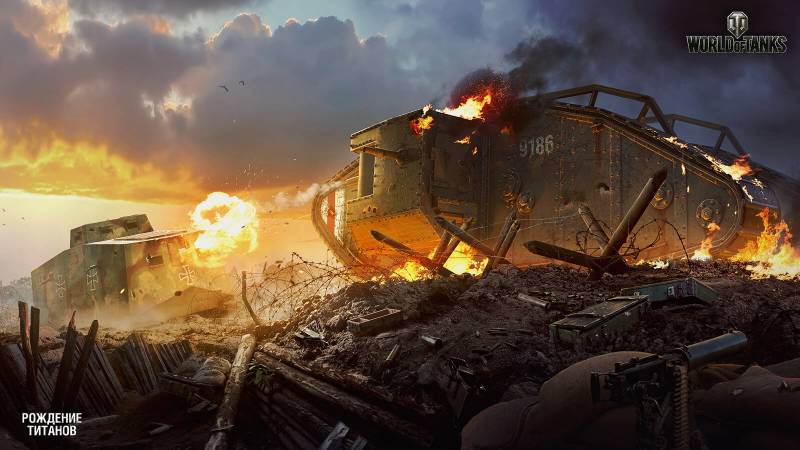 After the outbreak of the First World War, the belligerent powers quickly enough switched to trench warfare and buried themselves in trenches. To gain an advantage, a mechanized armored force was needed. In the summer of 1915, the British Sir Ernest Swinton wrote a letter to Field Marshal John French, in which he proposed to use the tracked chassis of the American Holt tractor for military purposes. The bold proposal even made it onto the table of the British Secretary of War, but was rejected. Despite this, the idea was liked by the First Lord of the Admiralty, Sir Winston Churchill, who contributed to the start of prototyping.

The first tank in stories became "Lincoln Machine No. 1", assembled in just 40 days and failed miserably. The designers worked on the errors and by the end of September 1915 presented a new copy called "Little Willie". The basis of the machine was a 15-ton Holt tractor. Engineers W. Tritton and W. Wilson placed the engine (German Daimler 105 hp) in the middle of the car and covered it with a boiler steel body. The undercarriage was subsequently replaced by link tracks with a rigid suspension, and a Vickers machine gun mount appeared in the frontal part. However, the curator of the project, Sir Ernest Swinton, was sure that the machine was not suitable for solving serious combat missions. The tank had to calmly move along a slope of 45 degrees, as well as overcome a ditch 2,5 meters wide.

The designers set to work again and radically changed the design of the "Willie". The tracks were shaped like a diamond, and their upper branch was placed above the body for better grip. The idler was moved forward, the sides were equipped with armored frames, and the weapons were placed in the protruding side casimates. On February 2, 1916, the tank was presented to the command. The car made a controversial impression, but the first order was signed. "Willie" was accepted into service under the designation Mark I, and a few weeks later launched into series with some design changes. 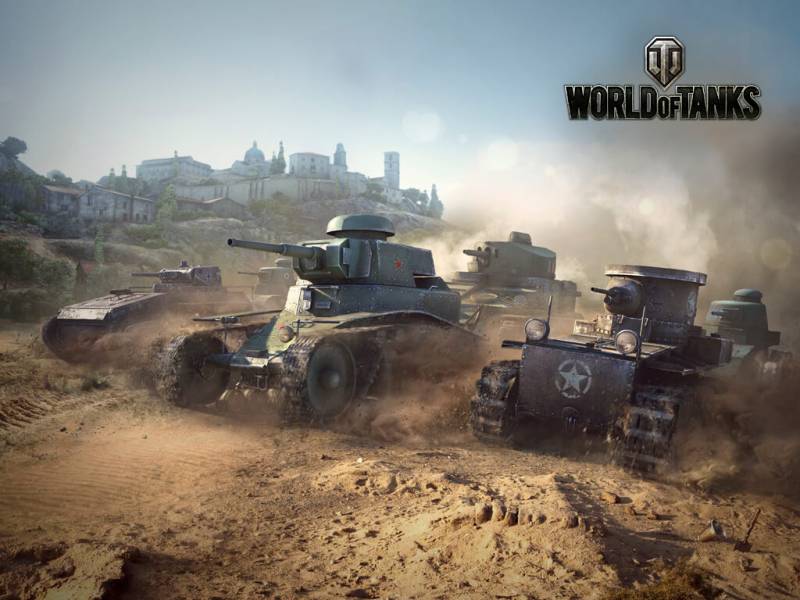 The first offensive of the Marks at the French Somme frightened the Germans and provided a tactical advantage, but also revealed many disadvantages: tanks fell into trenches, got stuck in craters and simply went out of order. Of the 49 cars, only 32 returned to their original positions. In addition, the 28-ton giants were not so strong. During the attack, the Germans knocked out 10 vehicles, and another 7 received minor damage. The most vulnerable spots were the undercarriage and thin bottom.

The crew of the Mark I consisted of 8 people: an officer and 7 lower ranks. Inside, the tank was somewhat reminiscent of a warship, most of which was occupied by the engine and transmission. The Germans nicknamed this car "the devil of hell" and were close to the truth: the temperature inside the "Mark" reached 50-70 degrees Celsius. Gasoline vapors and exhaust gases accumulated inside, so poisoning and fainting of the crew members happened quite often.

The first battle with the use of tanks did not turn the tide of the battle of the Somme, but the British were able to capture a 5-kilometer section of the front in just 10 hours and push through the German defenses with minimal losses. A way out of the positional impasse was found.

Information about new combat vehicles quickly spread around the world, and the military powers resumed the development of ground battleships with redoubled enthusiasm. The French made their debut in April 1917 with the Schneider CA1. Unlike the British, they left the chassis of the Holt tractor on the car. The production of steel monsters was also started by the Triple Alliance, and in the fall of 1917 the A7V, the first serial German heavy tank, rolled off the assembly line. It was driven by two Daimler engines, reinforced armor protected from bullets and shrapnel, and a crew of 18 people served the car. Meanwhile, a year after the debut of the British "Mark I", the "Mark II" and "Mark III" were launched into production. These tanks differed from their predecessor in the absence of a tail wheel, as well as modified hatches and improved viewing slots. A total of 50 vehicles of each type were built.

The Mark IV became a new word in the line of heavy British tanks. 1015 units of such vehicles were produced, some of which were transferred to the French allies. Improvements have affected the armor of the roof and sides, which are now better protected from gun and machine gun fire. The fuel tanks were placed outside the hull, the exhaust pipe was equipped with a silencer, the sponsons were moved to the bottom, and the Lewis machine gun was installed for the first time as a weapon. It was the Mark IV that went down in history as a tank that took part in the first tank battle.

What machines claimed the role of the first tank in history, who Basil Henriquez was and how the battle of British "Marks" against German "A7Vs" ended in 1918, see the video from Wargaming.