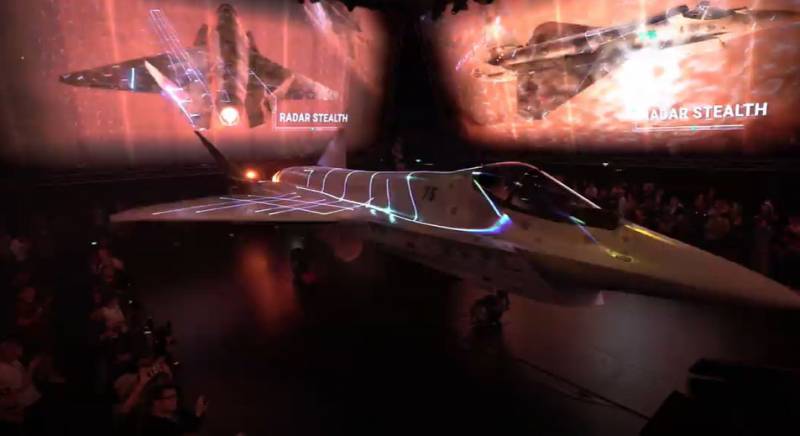 While some American media have doubts about the "Russian origin" of the development of The Checkmate fighter, others note its obvious technological innovations. So, in the Forbes edition, attention is paid to how the plumage of a fifth-generation light single-engine aircraft was implemented in Russia.


An author in an American magazine writes about the V-shaped tail of the aircraft, the name of which can be translated as "Check and checkmate". This version of the tail, as the observer points out, improves radar stealth.

In addition, it is indicated that the very tail of this format requires special control systems for the flight being carried out. Accordingly, the level of computerization will increase, and artificial intelligence technology will be introduced.

By the way, representatives of Rostec and UAC spoke about the use of AI at The Checkmate during the presentation of a promising single-engine aircraft. Artificial intelligence at the first stage will allow "unloading" the pilot when performing combat missions, and later will become the basis for the implementation of the plan to create an unmanned version of The Checkmate.

Calling the promising Russian Su-75 fighter, the American press writes that the implemented concept of the fighter's tail allows to reduce fuel consumption and achieve super-maneuverability with minimal expenditure of resources. At the same time, this option ultimately makes it possible to implement a deck version of such an aircraft.

Earlier, the Chinese media noted the low declared value of The Checkmate. If in the "basic configuration" it really amounts to up to $ 30 million, then, as Chinese journalists write, the aircraft can get a serious advantage in the world combat market. aviation.
Ctrl Enter
Noticed oshЫbku Highlight text and press. Ctrl + Enter
We are
Reports from the militia of New Russia for 27-28 September 2014 of the yearDecember 2010 years. Russian March. Senseless and merciless? Notes not a Russian person
Military Reviewin Yandex News
Military Reviewin Google News
138 comments
Information
Dear reader, to leave comments on the publication, you must sign in.