The fate of the "partisan" Protasevich 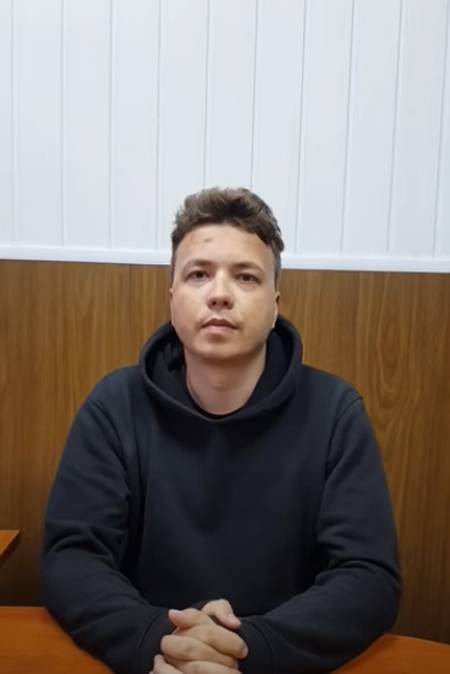 So, the "bird" was in the cage. The arrest of the former editor-in-chief of the Nexta Telegram channel Roman Protasevich is not only the capture of a state criminal, as the Belarusian authorities designate him.

After this event, apparently, all flirting with nationalists in the country finally ended. And now Alexander Lukashenko is faced with a new question - what ideological paradigm should be used to renew the state?

May XNUMX is a day that turned the life of not only individuals, but, perhaps, the whole country. It was not a young man with innocent eyes, a romance of change, an independent journalist and blogger who was “landed” in Minsk.

The personality of Roman Protasevich turned out to be somewhat more complicated, so to speak, with a double bottom. And this circumstance quickly cooled the zeal of the admirers of democratic freedoms, especially in Russia, to protect and cry about the bitter fate of the “slave” who found himself in the tenacious hands of the “Belarusian tyrant”. 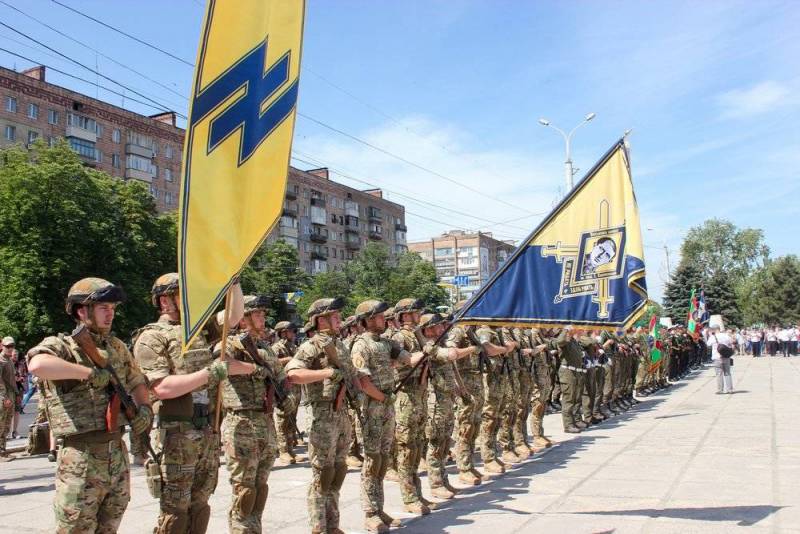 After the arrest of Protasevich, the President of the Republic of Belarus drew special attention to information about his belonging to the Ukrainian nationalist battalion "Azov", which is banned in Russia:

] “He has great experience as a mercenary. These facts are known not only in our country and in fraternal Russia, but throughout the world. And he especially did not hide it. Actually, here, in Belarus, he and his accomplices were also going to arrange a massacre and a bloody rebellion. "
The KGB of Belarus claims that Protasevich, as a mercenary, participated in hostilities in the Donbass. As the head of the department Ivan Tertel said,

"It is undeniable that this person fully complies with the definition of a terrorist, a fighter-mercenary, a participant in the bloody events in the infamous Azov battalion, associated with the atrocities and deaths of civilians in southeastern Ukraine."
The chief security officer added that Roman Protasevich actively applied his experience in Belarus:

"Was the organizer and coordinator of mass riots that endangered the life and health of ordinary citizens and law enforcement officers."
Pro-government Belarusian publics have already circulated photographs in which a person similar to Roman Protasevich is captured in Ukrainian military camouflage and with weapons.

However, all sorts of "supposedly" and proposals can be discarded. Protasevich himself did not previously deny that he traveled to a hot spot, but worked there as a freelance journalist. Then the former commander of Azov, Andrey Biletsky, appeared, who on the website of Ukrainska Pravda began to whitewash the "master of the pen"

“Roman really, together with Azov and other military units, fought against the occupation of Ukraine. He was with us in Shirokino, where he was wounded. But his weapon as a journalist was not a machine gun, but a word. " 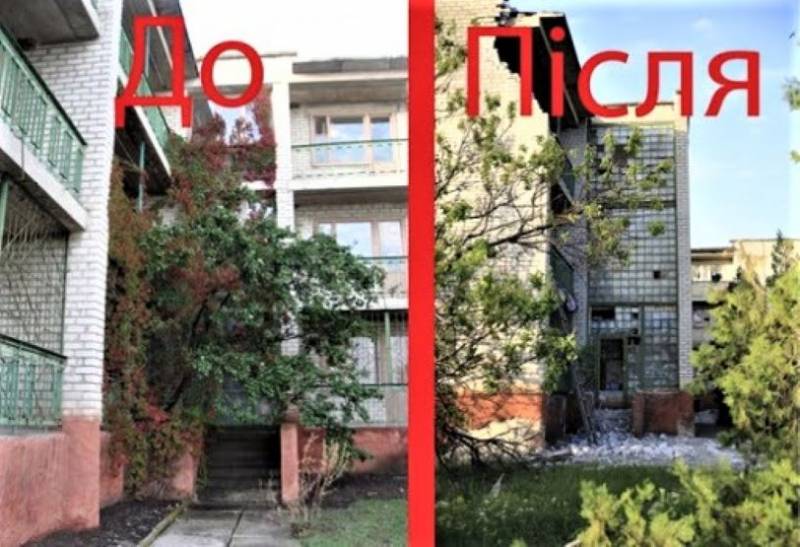 But was it really so? Firstly, if Protasevich had positioned himself only as a journalist, then the pictures would have been completely different. For example, he records an interview with some military person on a dictaphone or sits in a trench and scribbles a hot note into a number.

Secondly, the aforementioned battalion with the letter "A" is a well-known ideological forge of cadres, terrible cadres, aimed at destroying, as they themselves say, "vatniks" and "Colorado".

Thirdly, the protracted stay of this journalist at the forefront of the Donbass. Usually correspondents come, make a series of materials and back to the editorial office. But Roman was in no hurry - he absorbed and enjoyed.

And let's not discount youthful maximalism. It is unlikely that the "comrade" refused the offer to pull the trigger at the machine gun / assault rifle on the front line. It tickles your nerves so much.

Finally, Protasevich himself spoke about his combat experience in an interview with such an odious publication as Nasha Niva. In it - about his first fight, receiving a shrapnel wound to the chest (saved by a bulletproof vest) and shell shock, and also about the "scoop", the red abyss and Putin's horde, etc.

Some media outlets have already promoted Roman Protasevich almost to the level of "Minister of War" and "Head of Intelligence" of the opposition movement, which launched mass protests last autumn in Belarus.

And the Belarusian channel STV reported that Protasevich in Ukraine underwent a special training course, rose to the rank of lieutenant of the Ukrainian Ministry of Internal Affairs and deputy commander of communications at the company level.

But all this looks somewhat dubious. But the fact that this person was in good standing with the Ukrainian Natsiks and returned to Belarus with a corresponding ideological "chip" - you can be sure of this. But as they say, one in the field is not a warrior.

The key question now is whether Ukraine has become a training ground for mass training of Belarusian militants to be thrown into the position of Alexander Lukashenko's regime. Fortunately, she didn't.

In the square, repeated attempts were made to call on the Belarusians to a holy war with the "Russian world". In the midst of hostilities in Donbass (2014-2016), some "thugs" from Belarus reached out to fight in the ATO zone.

But according to information from various sources, there are not many people wishing to lay down their heads in the Ukrainian black soil. Initially, the Nazis planned to form a detachment "Pagonya" and even "Belarusian hundred". But people were sorely lacking. It was not possible to create even a small “Belarusian front”. 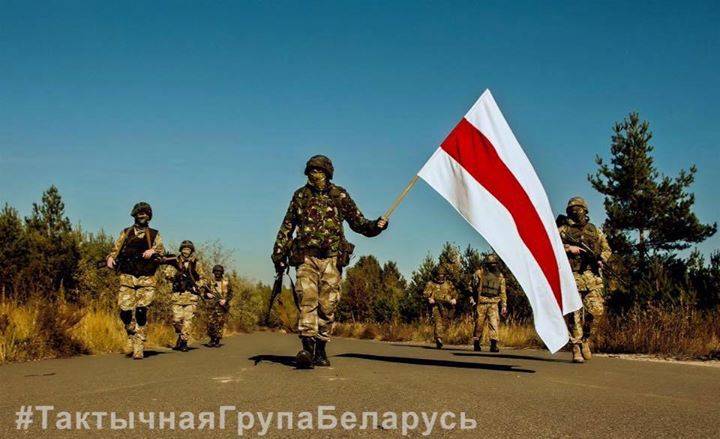 As a result, the “Tactic Group“ Belarus ”(TGB) appeared, which was engaged primarily in the propaganda of Ukrainian values. For the mass character, the group even had to pull up ethnic Belarusians - citizens of Ukraine. Moreover, a dozen syabras remained in the composition of the national battalions, such as the OUN, Donbass (* extremist organizations banned in the Russian Federation) and the aforementioned Azov *.

What is the number of Belarusian citizens who participated in the hostilities in Donbass on the side of the Armed Forces of Ukraine? We take the data used by the Belsat publication. According to him, 2014-2018 people fought on the side of Ukraine from 200 to 250.

Moreover, a very interesting statement was made several years ago by the head of the Ministry of Internal Affairs of Belarus Igor Shunevich. According to him, for one Belarusian who fought on the side of Ukraine, there were three Belarusians who chose the side of the LPNR. This formula, by the way, quite accurately defines the attitude of the Belarusian society to the war in Donbass.

A threefold advantage turns the fighters against the "Russian world" into renegades not shaking hands. Finally, they were also largely demoralized in that war. As various commentators noted, they had to use encryption in every possible way, fearing that they would be extradited to the Belarusian KGB. And this noticeably weakened the fighting spirit.

Are the flirting over?


The shock that the Belarusian state experienced during last year's mass protests forced the Belarusian authorities to reconsider many values. It became clear that flirting with nationalists, the "litvinization" of society is a time bomb of slow but inexorable action.

Let the number of fierce opponents of the "Russian world" in Belarus be small. But this is an active minority, which, as experience shows, is ready to act and take the reins of government into their own hands.

The worst thing for Lukashenka turned out to be that the neophile nationalists chose the state system, which can hardly be called pro-Russian, as the target of their attack. And most importantly, new symbols, ideological attitudes began to spread rapidly among the youth, which simply needed to do something in defiance of the older generation. As they say, the soul requires change.

Therefore, that freeman, who was recently in Belarus, is definitely a thing of the past. It is worth recalling that already in Minsk, actions were initiated to collect aid to combat the "Russian aggression". Such an action as "Help the Belarusian soldier in the ATO" was carried out jointly by the "Young Front" and the Belarusian Popular Front (BPF).

After the national team match in Lviv, Belarusian fans donated blood for the wounded in the ATO. And Gomel volunteers even developed a “humanitarian route“ Belarus - ATO ”and sent a reanimobile to the combat zone. And for some reason they did not have any problems on the Belarusian border.

Now such “games” are unambiguously unacceptable for Lukashenka. The demonstrative arrest of Roman Protasevich and the emphasis on his Ukrainian past is a signal for tough actions against nationalists, and first of all, those with Ukrainian support.

Apparently, all participants in hostilities on the side of Ukraine will fall under the close control of law enforcement agencies. Yes, and earlier the Belarusian special services reacted to the direct participants of the ATO. They were threatened with prosecution under articles of the Criminal Code of the Republic of Belarus (recruitment and mercenary activity). And some Natsiks "flew" under these articles.

But from now on, it will turn into a systematic work - the situation requires an appropriate response to the threat. However, in addition to punitive actions, Old Man has to answer one more pressing question - on what ideological paradigm should the state be renewed now?

It will not be possible to rush into the arms of the "Russian world" in haste. 30 years of the existence of independent Belarus were not in vain. Putting a Belarusian ship in a bay called "neither ours, nor yours" is also not an option. Unfortunately, the Lukashenka regime has let the youth go.

She is no longer interested in the values ​​of the generation that grew up under socialism. Young people want a new product, and preferably in colorful packaging. But Alexander Grigorievich has nothing to offer yet. And this is the cornerstone of the problems that have arisen in the Belarusian society.