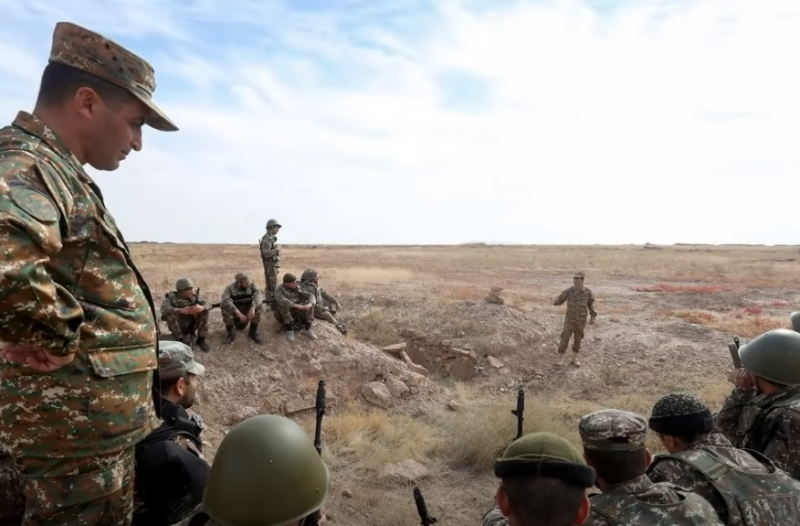 The situation on the border between Azerbaijan and Armenia in the two Armenian regions remains tense. Another incident took place in the Gegharkunik region of Armenia, where the Azeri military captured the Armenians.


According to the Armenian Defense Ministry, on the morning of May 27, the Azerbaijani military surrounded and captured six Armenian servicemen who were carrying out engineering work on the territory of one of the military units in the border region. It is emphasized that the military were on the Armenian territory.

In Baku, they adhere to a completely different version. The Azerbaijani Ministry of Defense claims that the detained Armenian soldiers were part of a reconnaissance and sabotage group, they crossed the border in the direction of the settlement of Yukhary Ayrim of the Kelbajar region, where they were detained. At the same time, Azerbaijan accused Armenia of violating the provisions of the trilateral settlement agreement.

In addition, the Armenian military accused the Azerbaijani of the death of a contract serviceman of the Armenian Armed Forces near the village of Verin Shorzha in the same Gegharkunik region during a shootout on May 25. According to Yerevan, it was the Azerbaijani side that began shelling from an automatic weapons Armenian positions.
Ctrl Enter
Noticed oshЫbku Highlight text and press. Ctrl + Enter
We are
New war in the Caucasus be?Reports from the militia of New Russia for 27-28 September 2014 of the year
Military Reviewin Yandex News
Military Reviewin Google News
46 comments
Ad