Preparing for a possible Iranian-Israeli conflict. A Contract with Far-reaching Consequences 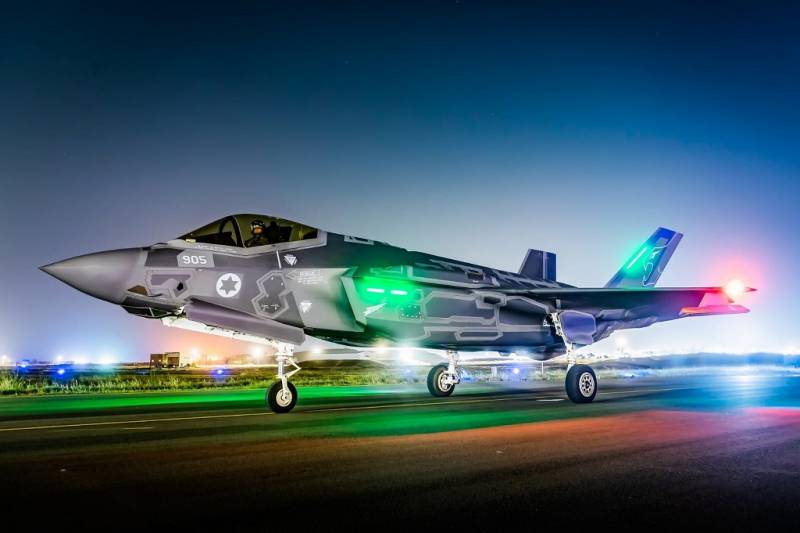 An extremely interesting and important subject of expert and review analysis over the past few days has become information about the approval of the current administration of the 46th US President Joe Biden of the planned implementation of the 735 millionth contract for the supply of the Israel Defense Forces (mainly to combat units of the Air Force / Hel Haavir and rocket artillery divisions of artillery troops) of a large batch of high-precision weapons within the framework of military-technical support to Tel Aviv in countering the militarized units of the Palestinian Islamist groups Hamas and Fatah (including Kataib Izz al-Din al-Qassam and Kataib Shuhad al-Aqsa).


The list of high-precision air attack weapons in service with the Israeli Air Force ensures the widest range of operations in the Gaza Strip, eliminating the urgent need for multi-million dollar contracts for the purchase of American precision weapons.

The greatest attention is drawn to the fact that the decision taken a few days before the start of the IDF military operation "Guardian of the Walls" on the need to implement the above transaction between the Israeli Defense Ministry and the Pentagon was skillfully "pushed through" by the current administration of the White House.

Despite the fierce opposition in the US Congress from the Democratic senators (who expressed deep concern over the huge civilian casualties in the Gaza Strip and submitted a resolution blocking the arms deal for consideration by the entire upper house of the body), nor the resolution that came into force 21 May 2021, a comprehensive ceasefire regime, "mirrored" between the IDF and Hamas units, mediated by senior negotiators from the Egyptian Defense Ministry.

An ordinary observer who does not bother with a detailed analysis of the production capacities of the Israeli military-industrial giants, as well as the widest list of high-precision weapons in service with the IDF, may come to the conclusion that the primary goal of this contract is nothing more than the need to replenish arsenals of planned guided bombs GBU-39 / B Small Diameter Bomb dried up during strikes on fortified areas and firing positions of Hamas in the framework of Operation Wall Guardian, as well as JDAM aerodynamic control kits for equipping free-falling bombs Mk-82/83/84 (with indices BLU-111/110 / 117B, respectively).

Moreover, competent sources in the General Staff of the Israel Defense Forces have already announced their readiness to resume Operation Guardian of the Walls with the same intensity of bombing the Hamas military infrastructure in the event of another escalation of the territorial-ethno-confessional Palestinian-Israeli conflict.

Meanwhile, it would be extremely naive to assume that the key goal of the implementation of such an impressive contract is the military-technical support of the IDF exclusively in countering the formations of Hamas.

After all, it is well known that since the early 2000s, hundreds, and possibly thousands of high-precision UAB Spice-250 and Spice have been delivered to Hel Haavir's arsenals from the conveyors of the production lines of the Israeli military-industrial giants Rafael and IAI (Israel Aerospace Industries). -500/1000/2000, as well as tactical medium and long-range cruise missiles Spice-250ER, AGM-142 Have Nap and Delilah-AL, which is quite enough for the phased deprivation of combat stability of all, without exception, units of the paramilitary wing of Hamas.

Consequently, the upcoming provision of such an impressive "package" of military-technical support to the Israel Defense Forces may also indicate that the Pentagon is preparing for the likely expansion of the geography of the Palestinian-Israeli conflict with the possible involvement of units of the Islamic Revolutionary Guard Corps, as well as numerous West Asian Islamist paramilitary formations.

Ctrl Enter
Noticed oshЫbku Highlight text and press. Ctrl + Enter
We are
Hamas group wanted to make peace with Israel?Turkey claims to be the leader of the peacemaker in the Middle East
Military Reviewin Yandex News
Military Reviewin Google News
65 comments
Information
Dear reader, to leave comments on the publication, you must sign in.