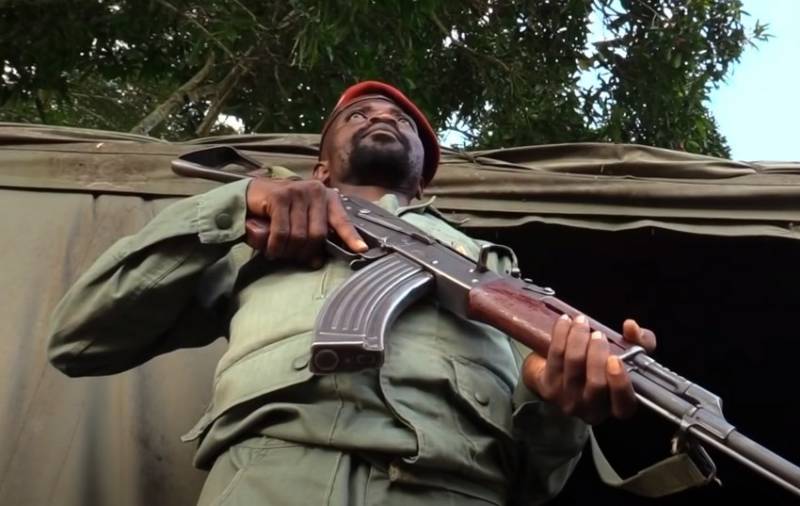 Russia continues to supply arms to the Central African Republic. Another batch of rifle weapons arrived at Bangui airport.


The Russian Ministry of Defense supplied the CAR government troops with a third batch of small arms, which included Kalashnikov assault rifles, light machine guns and grenade launchers, sniper rifles, pistols, grenades and ammunition. It is noted that this is the largest batch of weapons transferred to the military of the Central African Republic, it included 5 thousand AK assault rifles, not counting the rest of the weapons.

As stated by the Russian ambassador to Bangui Vladimir Titorenko, whose words are quoted RIA News, the transfer of weapons took place at Bangui airport in the presence of the CAR president and defense minister. Russia was represented by Major General Oleg Polguyev.

All weapons are transferred free of charge, before that two batches of small arms and 20 BRDM-2 were delivered to the country. No UN Security Council permission is required for the transfer of small arms.

In the fall of 2018, it was reported that the Russian Ministry of Defense would create on the territory of the Central African Republic its representative office at the Ministry of National Defense of the country, whose tasks would include resolving issues of military and military-technical cooperation, training Russian specialists of the CAR military in the operation, repair and use of equipment and weapons supplied to it as well as the restoration of the army of the republic. There is a tactical training center in the CAR, where Russian instructors train local military personnel. The center operates in the city of Berengo.

In December 2020, the Russian Foreign Ministry confirmed the information about sending 300 military instructors to the CAR to train the republic's government army. Today, there are about 500 Russian military instructors in the country, and it is not planned to increase their number yet.
Ctrl Enter
Noticed oshЫbku Highlight text and press. Ctrl + Enter
We are
Summary of the week from voenkor Mag about events in the DNI and LC 14.12.18 - 20.12.18Summary from voenkar Mag about events in the DNR and LC for the week (23.11.18 - 29.11.18)
Military Reviewin Yandex News
Military Reviewin Google News
57 comments
Ad