"It was almost self-destruction": a Polish general on the crossing of NATO troops on the "Russian front" 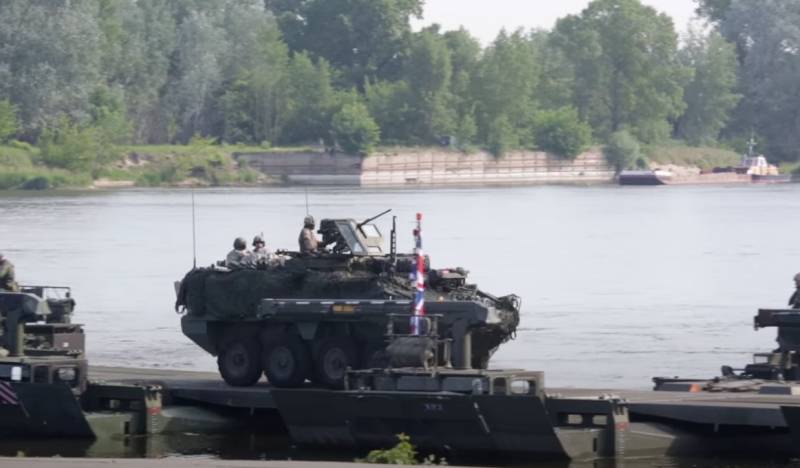 In Poland, for many years, there has been a debate about whether combat vehicles intended for infantry should be able to overcome water obstacles. The Polish general Waldemar Skshipchak, the former commander of the ground forces, tried to sort out this issue.

According to him, earlier the buoyancy of armored vehicles was not questioned. This was demanded by the ATS (Warsaw Pact Organization) doctrine, based on the high maneuverability of troops, and the landscape of the western theater of operations, cut by rivers. In the east, things are the same, only the constantly encountered water obstacles are wider, reaching more than 20 m. In these conditions, it is necessary to draw up maps of the area, not limited to computer data, and in no case to prevent the loss of buoyancy by equipment.

Troops must be able to cross a water obstacle in the face of enemy fire resistance, go to the opposite bank and engage in battle to capture a bridgehead. Thereafter Tanks will be able to pass along the bottom of the river, and only when the enemy is pushed away from the coastline, it will be possible to start arranging ferries and building bridges.

The condition for successful maneuvering in our theater is the prompt passage of a dense network of rivers and canals
- considers the general.

However, he complains that only a few NATO countries have this opportunity.

During the Anaconda 2016 exercise [in which the alliance learned to operate on the so-called “Russian front”], overcoming the water barrier began with crossing the river ... with ferries loaded with Stryker armored personnel carriers [...] It was almost self-destruction. A helpless carrier is a great target, this is a tactical primer
- Skshipchak believes, pointing out that combat practice has been abandoned for many years for the sake of a show for ordinary people. 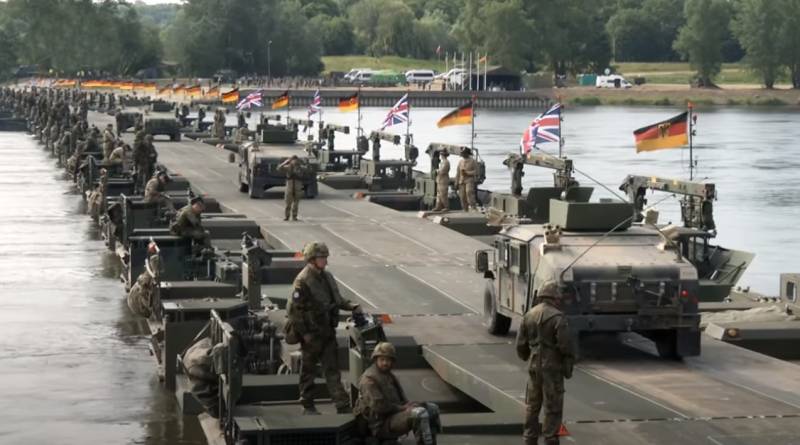 In his words, after the wars in Iraq and Afghanistan, the Western military focused on mine protection of armored vehicles, and the "maximum armor syndrome" appeared. The general considers it irrational, since an increase in the weight of a vehicle leads to a decrease in its mobility on the battlefield and an increase in size, which makes it easier to detect vehicles.

As he explains, in a large-scale war, troops will not be faced with single scattered traps, but with whole minefields. It is necessary to fight them not by increasing the thickness of the bottom of armored vehicles, but by creating systems capable of destroying obstacles:

Such, for example, as thermobaric systems weaponsspecially created by the Russians, which were used, among other things, to clear the passages of minefields for military vehicles [it is not clear what this is about; perhaps about "Solntsepёk"].

Therefore, the general urges not to allow the abandonment of buoyancy for the sake of increasing resistance to mines:

IFVs must be floating, as this is required by the current and future battlefield in the territory within which the Poles have lived for more than a millennium
- the general concludes on the pages of Defense24.