A scout from God: he warned of an attempt on Stalin's life 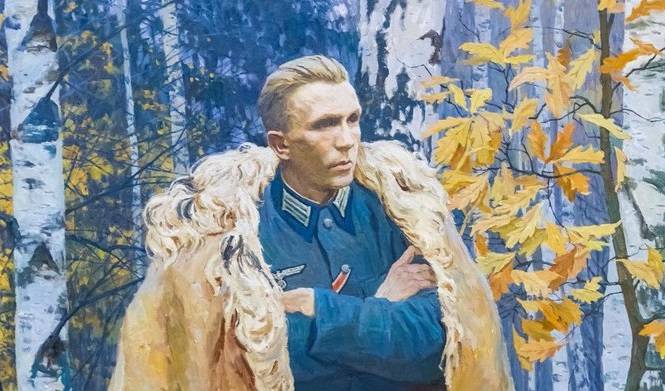 Scout from God: a scalpel to remove a tumor of fascism

A scout from God: he was the first to find Hitler's lair in Ukraine

A tip from Koch

The obtained secret information sometimes helps to save thousands of lives. Sometimes it is not so much the discovered papers or long conversations that are valuable for the intelligence officer, but only one phrase.

Yes, yes, it happens that from one such banal abandoned replica, the redeployment of entire units or even huge armies begins. This is how important it is not to miss a word. And even more important is to correctly and promptly interpret what has been said. 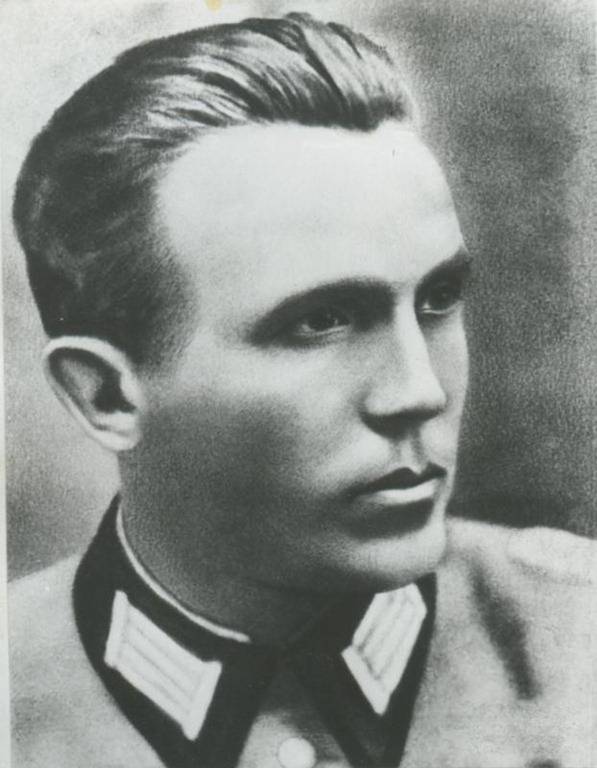 It must be said that the partisan special forces, which included the Soviet intelligence officer Nikolai Kuznetsov, still could not approach the head of the Reichskommissariat of Ukraine, SS Obergruppenfuehrer Erich Koch. He was almost out of reach.

Nearly. Because our legendary scout Nikolai Kuznetsov managed to meet with him. But it didn’t work to liquidate. (This Koch, by the way, lived to 1986, that is, to 90 years).

It would seem that such an alignment could be regarded as a failure? However, don't jump to conclusions. The phrase that Kuznetsov heard at that meeting literally saved thousands of lives of Soviet soldiers on the Kursk Bulge. 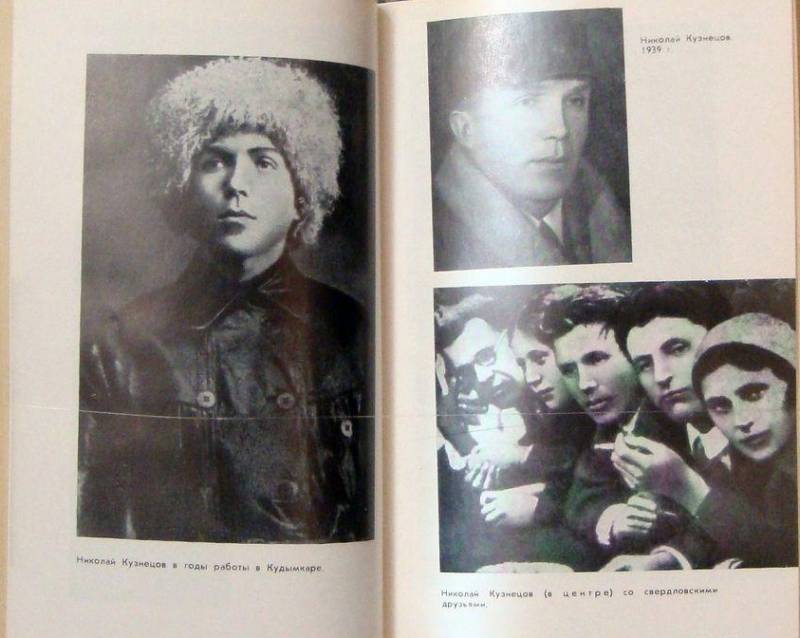 Here is how it was.

When Kuznetsov was in the office of the Reichskommissar of Ukraine, then, as historians write, he had no chance to even touch the pistol. To appeal to Koch, a legend was invented: German officer Siebert went to the High Commissioner to get permission to marry a lady "whose language and culture have German roots, but does not have German citizenship" (that is, she was a "Volksdeutsche").

I must say that Koch allowed Siebert to marry. However, at the end of the meeting, he uttered a couple of clarifying phrases:

“Don’t fill your head with rear-end romances, Chief Lieutenant. Get back to your unit as soon as possible. She is in the front sector where the battle will soon begin, which will decide the fate of Germany, where the Soviets will be defeated! "
Link

When Kuznetsov returned to the partisan detachment, he literally retold his boss Timofey “a hint from Koch”. This was immediately transmitted by the ransomware to Moscow. 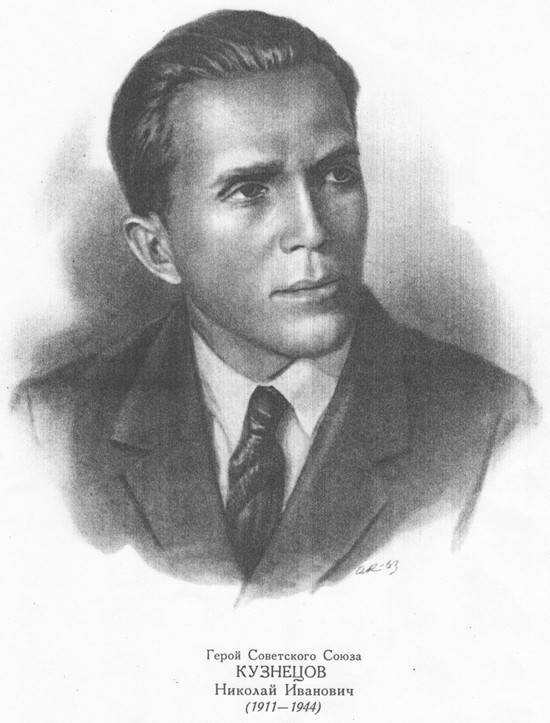 Soviet military intelligence officers then found out that exactly the unit where the real Siebert would have been, if he had not died then near Moscow, was in those days in a square on the Kursk Bulge.

By a strange coincidence, the same area also figured in the encryption messages received from other Soviet intelligence officers. For example, a similar message about the upcoming big fight in the same area came from John Kerncross, who was a member of the Cambridge Five.

And from other Soviet informants, who were considered reliable sources, too. And all the reports to Moscow indicated that the Wehrmacht was planning a general offensive soon on the territory of the Kursk Bulge. Moreover, Hitler personally hopes for the success of this unique operation.

So all reports on this topic from Soviet intelligence officers were not simply taken into account, but passed on to Comrade Stalin. That very "tip from Koch" that Nikolai Kuznetsov obtained in Ukraine was also immediately reported to Joseph Vissarionovich.

And right there, on his order, serious work began on preparation for that very grandiose battle that turned the whole course of the Great Patriotic War. 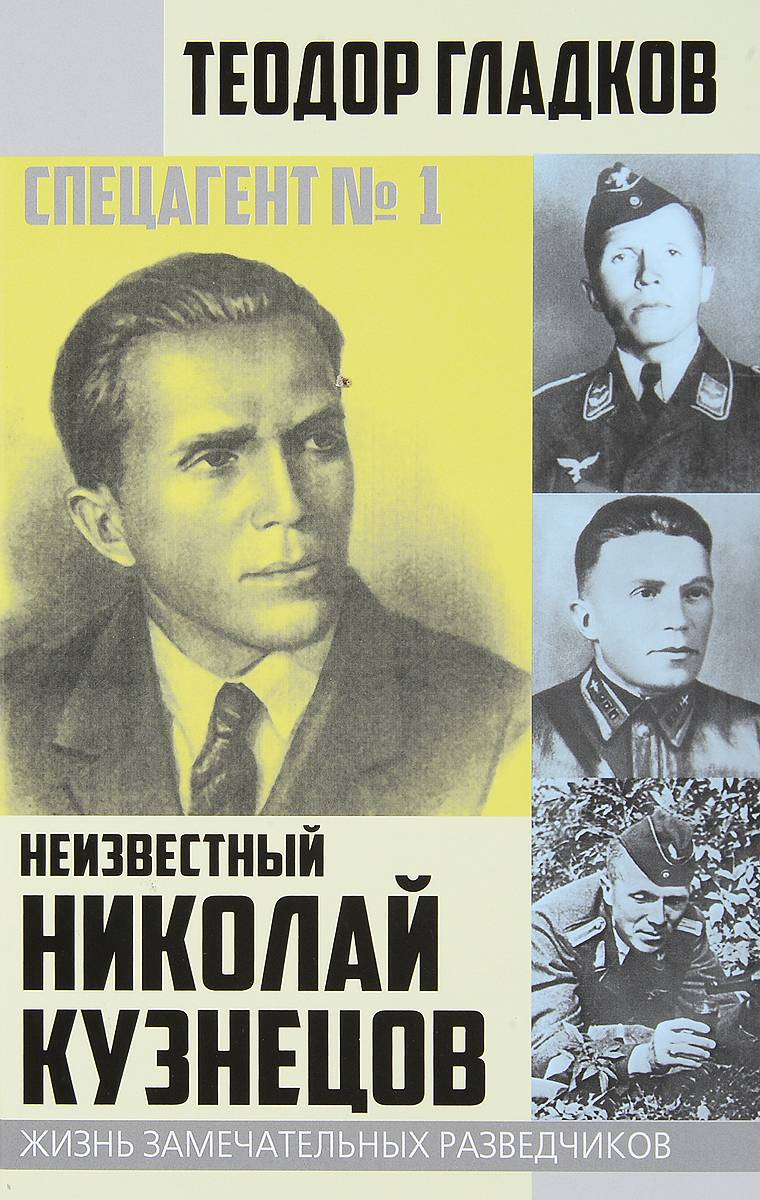 From the movie "Tehran-43", more than 50 million viewers learned that at the participants of the Tehran Conference (November 28 - December 1, 1943) from three countries: I. V. Stalin (USSR), F. D. Roosevelt (USA) and W. Churchill (Great Britain) was preparing an assassination attempt. Hitler personally then approved the preparation of an operation to eliminate this "big three". The Nazi conspiracy was codenamed "Long Leap". But who exactly saved the lives of these high-ranking officials then? Who warned in time about the preparation of the terrorist attack?

But the Hero of the Soviet Union G.A. Vartanyan was sure that the information had come from Nikolai Kuznetsov in advance. Then an encrypted message came to Moscow from near Rovno. It was there that a detachment of the NKVD special forces operated, which included our legendary intelligence officer.

It's hard not to believe Gevork Andreevich. After all, he was directly involved in those days in the events surrounding the Tehran conference. Here's what he said about it.

Recall that in Ukraine in Rovno, one of the good friends of Paul Siebert (Soviet intelligence agent Kuznetsov) was SS Sturmbannführer Ulrich von Ortel.

Our Kuznetsov charmed this German and entered into serious confidence in the Fritz, seemingly in the usual way for a person. I won over with swinging openness and prudent lack of stinginess. The Russian always listened patiently, skillfully caught the change of mood of the narrator. In addition, Siebert was well versed in the German classics, which struck down the interlocutor who was in love with literature.

Further - a matter of technology. Siebert, without any obligations, lent the German various amounts of money and never reminded him of the deadline. Paul also treated Ulrich with chic French cognac, which was an unprecedented luxury for the then Ukraine, and especially for Rovno. 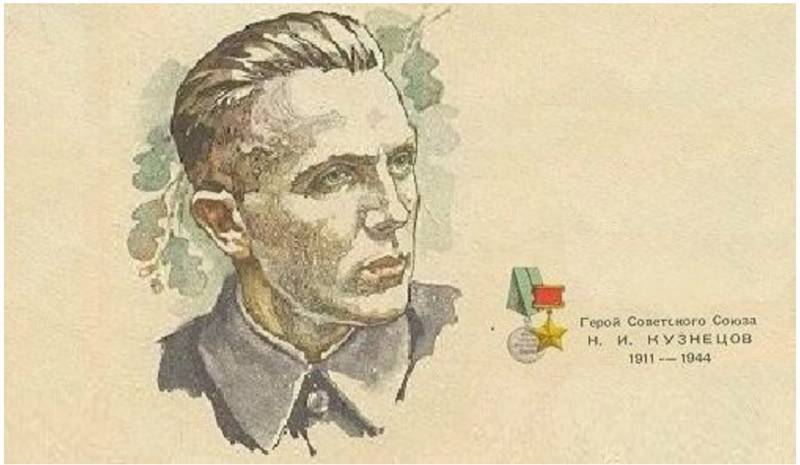 Our intelligence officer used this French drink as a kind of "tincture of truth." Indeed, after a glass or two, the usually reserved SS Sturmbannführer Ulrich von Ortel turned into a talkative and liberated person.

Once, drunk, a high-ranking German told Siebert the details of the abduction of the captured Benito Mussolini and that the German saboteur Otto Skorzeny had carried out the operation.

After another drink, it turned out that this Skorzeny was assigned only to the most responsible of the special assignments. He is a high-flying bird. The highest. And that just now, this very Otto, on the personal order of Hitler, is entrusted with the preparation of a sabotage operation. And then the name followed in a whisper. It turned out that the planned terrorist attack under the nickname "Long Jump" was conceived as the elimination of three bigwigs at once in one fell swoop. Specifically, three of the Big Three, including Comrade Stalin. 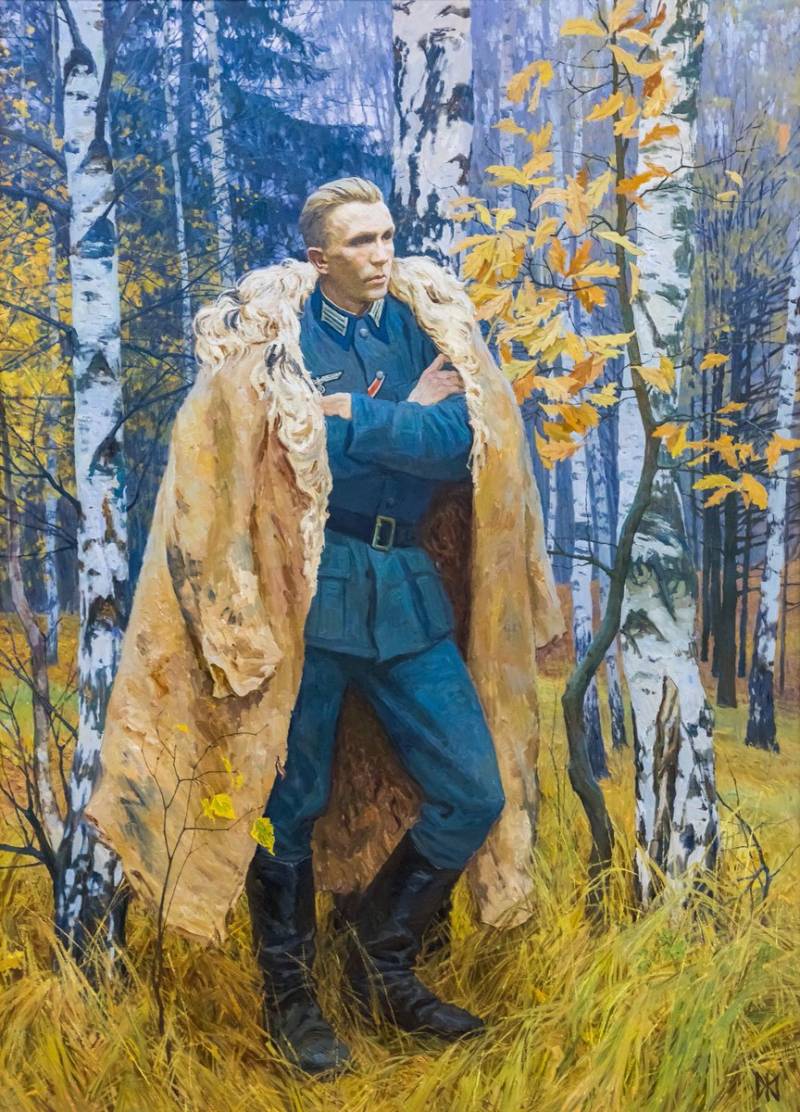 M.M. Zhurov. Portrait of the scout N.I. Kuznetsov. Source: artcontract.ru
The tipsy narrator proudly admitted that he himself was personally involved: he would take part in the sabotage. Why did you open up? As it turned out, he wanted to assure his friend Paul, whom he was in debt like in silks, that very soon he would return everything with interest. And not even money, but carpets from the Persians, genuine.

In Moscow, they received an encrypted message and realized where the wind was blowing from: straight from Tehran.

Very soon, this news from Nikolai Kuznetsov was confirmed in messages from other agents, including through the channels of the Cambridge Five. And from others too.

And so it happened that our legendary Kuznetsov, who was the first to report to the Kremlin about the impending assassination attempt on the head of the USSR, actually saved Stalin himself. A terrorist attack called "Long Jump" was discovered and prevented.

Von Ortel's talkativeness over cognac has more than once supplied Moscow with valuable leaks. For example, a cipher that the Germans are developing a "miracleweapon"As a projectile plane, came to Moscow in November 1942. As always, Kuznetsov was ahead of everyone else. With a ready-made miracle weapon - V-1 shells, the Nazis fired at London from June 13, 1944.

Our legendary scout Nikolai Kuznetsov died on March 9, 1944 in Ukraine in the Lviv region, when he was 32 years old. The title of Hero of the Soviet Union was awarded to him on November 5, 1944. Posthumously. 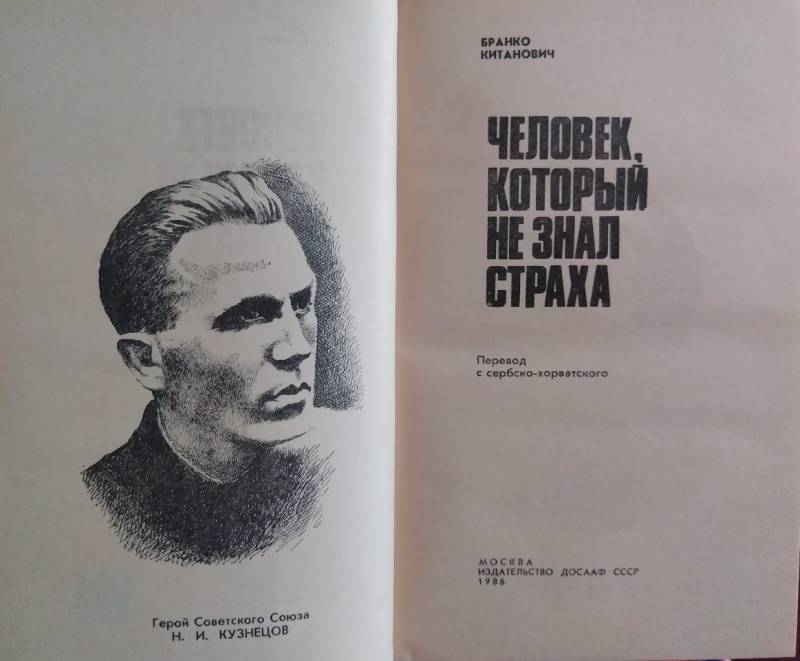 Branko Kitanovic in his book "The Man Who Did Not Know Fear" (1986) writes:

“About the Hero of the Soviet Union Nikolai Ivanovich Kuznetsov, books have been published in many countries of the world. Scientists study his exploits, educate young people on the example of his life, the image of Kuznetsov inspires artists and writers to new works. Few of the scouts have monuments erected. Many world famous sculptors, writers, artists, musicians dedicated their works to the personality and exploits of Nikolai Kuznetsov. "
The scale of this legendary personality was so appreciated by the discoverer of space Yuri Gagarin. It говорил:

"The image of the people's avenger Nikolai Kuznetsov has always been an example of boundless service to my people and my Motherland, humanity and progress for me." 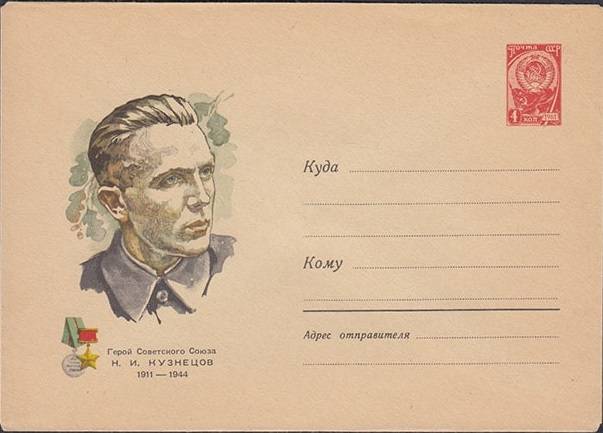