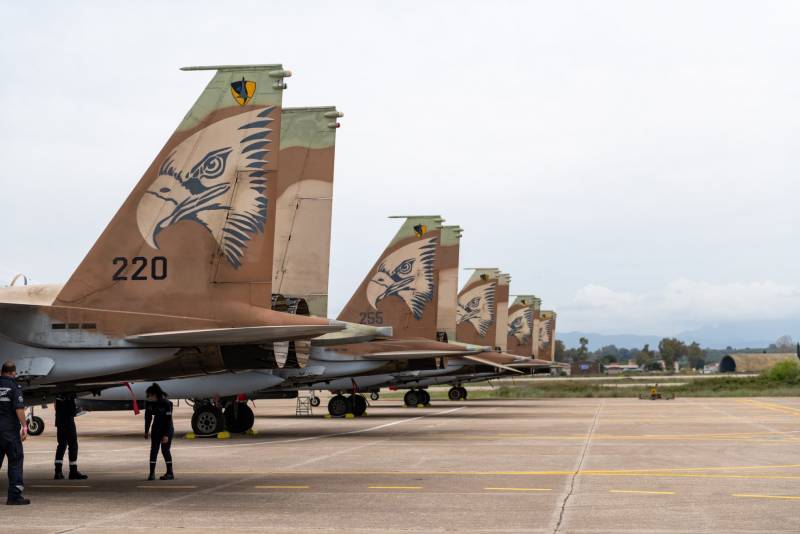 Another exacerbation of the Palestinian-Israeli conflict has been recorded. The Israeli media have reported about rocket attacks on Israeli territory from the Gaza Strip. The shelling was carried out in the early morning. Early warning sirens of the missile attack sounded in several localities, including Ashkelon. At the moment, the Israeli side does not report casualties and destructions.


It is reported that a total of at least 25 rockets have been fired from the Gaza Strip into Israeli territory since the beginning of April. 4 of them were intercepted by Israeli missile defense systems. The rest of the missiles, according to the Israeli military, fell in areas without infrastructure and residential areas.

It became known that Israel, in response to shelling from the Gaza Strip, raised its military Aviation... According to the latest reports, IDF aircraft attacked a range of targets in Gaza, including tunnels and bunkers allegedly belonging to the armed wing of Hamas. In addition, it is reported about the infliction of airstrikes on the launchers, which were used for rocket attacks on Israeli territory.

The specific location of the targets is also indicated. These are objects in the north of the sector, in the Jabal al-Rais area, as well as in the village of Rafah (the southern part of the sector). Also, the territory of Al-Bureij was subjected to air strikes, which is designated in the Israeli media as a "militant training camp".

The strikes on the territory of Gaza are launched from about 5:30 local time.

Against this background, Palestinian information sources report that anti-Israeli protest actions were held in the Gaza Strip on the eve of another “day of anger”.

Ctrl Enter
Noticed oshЫbku Highlight text and press. Ctrl + Enter
We are
Summary of the week from voenkor Mag about events in the DNI and LC 21.04.18 - 27.04.18Summary of events in the DNI and LC during the week 07.04.18 - 13.04.18 from the military commissar "Mag"
Military Reviewin Yandex News
Military Reviewin Google News
139 comments
Information
Dear reader, to leave comments on the publication, you must sign in.